Simple question: what is the best hard surface topology practice for filling convex and concave curves like in the example shown below - while at the same time avoiding concave quads and triangles? Note that the concave curve is not completed yet. No clue on how to fill that beautifully!

I’m not even sure if the convex curve is right.

The model as a whole currently looks like this. It’s a wall-attached desktop: 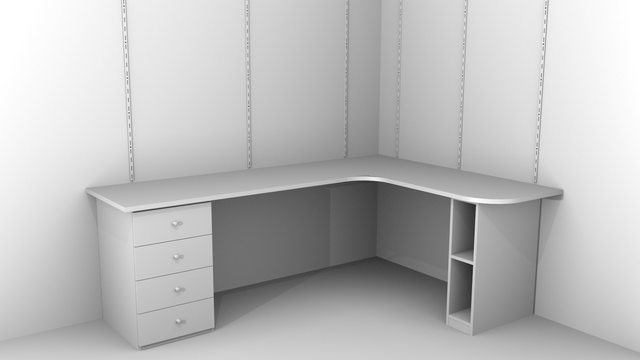 what about just using a curve instead of a mesh.

Or just use that mesh subdivided? Use loops to control how rounded you want it no?

what about just using a curve instead of a mesh.

Using a curve looks like a very nice idea and I think I’ll use it, thanks.
However I would also like to know how should I handle the topology of a mesh with convex and concave surfaces. Curves are nice, but they can be used for this task only as long as surfaces are essentially flat planes.

Or just use that mesh subdivided? Use loops to control how rounded you want it no

I took this into consideration, but:

By the way this is what I ended up with yesterday before going to sleep (no curves used here yet): I can’t help but feel that if I were to use a mesh instead of a curve, the topology for the convex curve (to the right) could be improved. I know that for hard surfaces topology isn’t that important, but I want to keep things clean and nice.

(I know what you mean about wanting angles and distances to be very precise and symmetrical. It’s much more satisfying to know an object has a watchmaker’s precision than just, ya know, going by eyesight and seeing that it looks good enough.)

I have two suggestions for you.

First, when using Subsurf - or any angles - you can exempt certain angles by selecting the edges and either 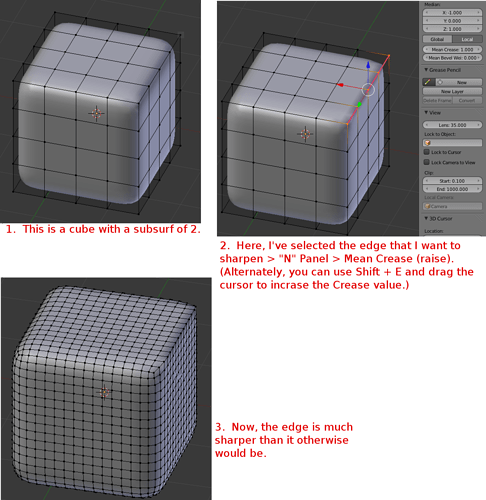 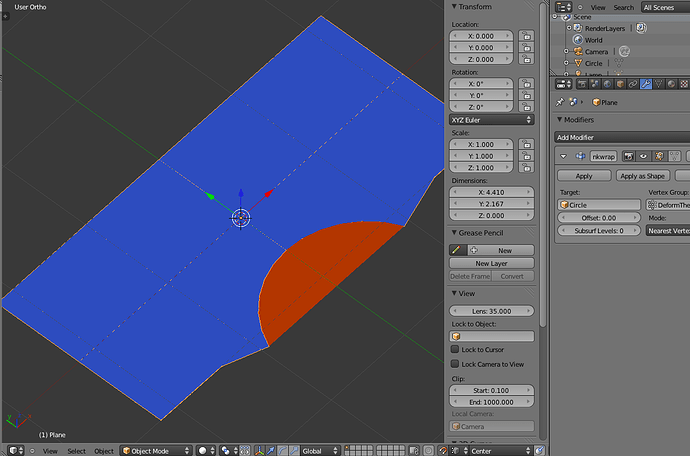 There is probably a better technique out there, but these are two which come to mind for me.

Thanks for your reply. I knew about the Crease technique. It works fine but:

I will try out solution B too.

Still, while suggestions are very welcome, the main point of my initial question was strictly about topology in the case of manual mesh tweaking or convex and concave hard surfaces. 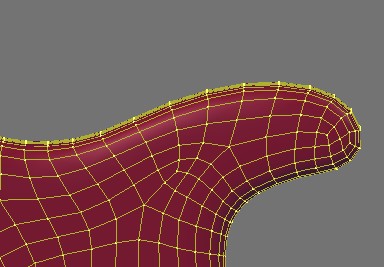 If you’re going to use a mesh, I would recommend using a more even, net-like topolgy such as with my guitar here.

For organic surfaces sure, but would something like a flat desk with very simple curves qualify as such?

If you like the way your desk looks then be happy with it. Where you really need to worry about topology like Modron’s would be if you were using a subD modifier. Which may be totally unnecessary here, its up to you.

I would probably avoid using curves here since a desktop generally has texture which is hard to get right with a curve.

there is a script which allow to get rounded corner

where you can control number of segments curvature ect,

have you seen it ?

No, I haven’t seen it. How is it called?

By the way, I have to remind once again that what I’m asking in this thread is not what is the best tool to use to obtain rounded corners, but rather what are the most recommended topologies for concave and convex curves over hard (not organic!) surfaces

I’ll try to explain how I do it. I can’t include any drawings cos I’m at work.

If you want to avoid using triangles near the edge of the curve, you can cut all the lines to o in half, which makes the outer part of the triangles into quads. This will improve the shape if you are going to subsurf it, but you still have triangles, away from the edge.

The process can be repeated to squash more and more triangles into fewer and fewer quads. Essentially each time you repeat the process you will reduce the number of shapes pointing to the centre of the curve by a factor of four. Yes, there are triangles there, but they’re topologically irrelevant because they’re on a flat surface.

Nice! That would also spontaneously work great with a manual Bevel.

did you try the edge fillet script
it’s a nice tool in 2.6!