hardest game ever,... to install!

i just bought enemy territory quake wars, and i must say… WTF!?

first off it took a whole hour to install the basic crap. after that was done i tried to play it but NOOO! it suffers from openGL errors. i had to go back and reinstall my video drivers 12 seprate times, a differnt one everytime. then i had to get steam and all this other crap, bleh. finally i played the game, in 30 minutes i had gotten killed 47 times and killed absoultely no one, and i went up 3 ranks somehow… i swear i have no idea

now i have so many differnt fricken drivers i dont even know if my old games will work anymore:spin:

HAH! Quake wars is a definite no for me, especially after hearing that. Deus Ex hated me like that, too… I had to reinstall three times before it’d work, and that was way back when I was running 95!

lol what i personaly do i get game managers, like Steam, hit 1 button and it installs and configures everything… perfect solution (or go to the store and register the CD key from the box on STEAM)

yea, most steam games work in linux under wine too! it totally rocks!

? I got ET:QW the day it came out (not on purpose, I was in the store that day and was like “This is out already?!”) and it installed just fine the first time.
What’s funny is it wasn’t available on Steam that day, you had to wait a few, lol

Sounds like it wasn’t a problem with the game but you not fixing your problem with your graphic drivers. If I’m right you where having problems with other OpenGL based games right?

Yeah, maybe now you can finally come get your ass kicked proper in Open Arena

hey thats right! i might be able to play open arena now! does anyone still play?

i went online and i found out that lots of other people had a butt load of trouble getting quake wars to work, im considered to have only minimal problems. oh well at least it works.:rolleyes:

The Linux Demo client has worked very well for me. Good performance too as far as I can tell.

NJROTC, I keep telling you to trash Vista. It doesn’t work for gaming.

i would trash vista, but… i dont know how

I <3 the original ET.
Forget QW. I’m still playing the Wolfenstein version. Will be for some decades, yet.

I <3 the original ET.
Forget QW. I’m still playing the Wolfenstein version. Will be for some decades, yet.

I guess its a matter of opinion. I tried wolfenstein ET and I have to say I really don’t like the gameplay. Generally cramped maps and it’s rather unclear as to what your missions are supposed to be. Plus the graphics are just rather dated.

Also, all the mods seem to keep resetting my custom resolution settings on the linux version, so I always have to type r_customwidth 1680 etc and restart the renderer 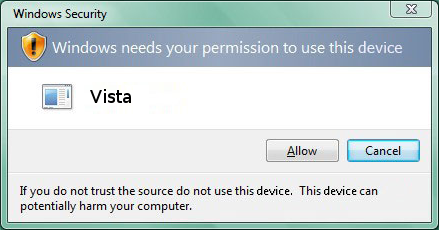