Has it really come to this in terms of screen-induced obliviousness?

Specially marked ‘cellphone’ lanes have made their debut in China 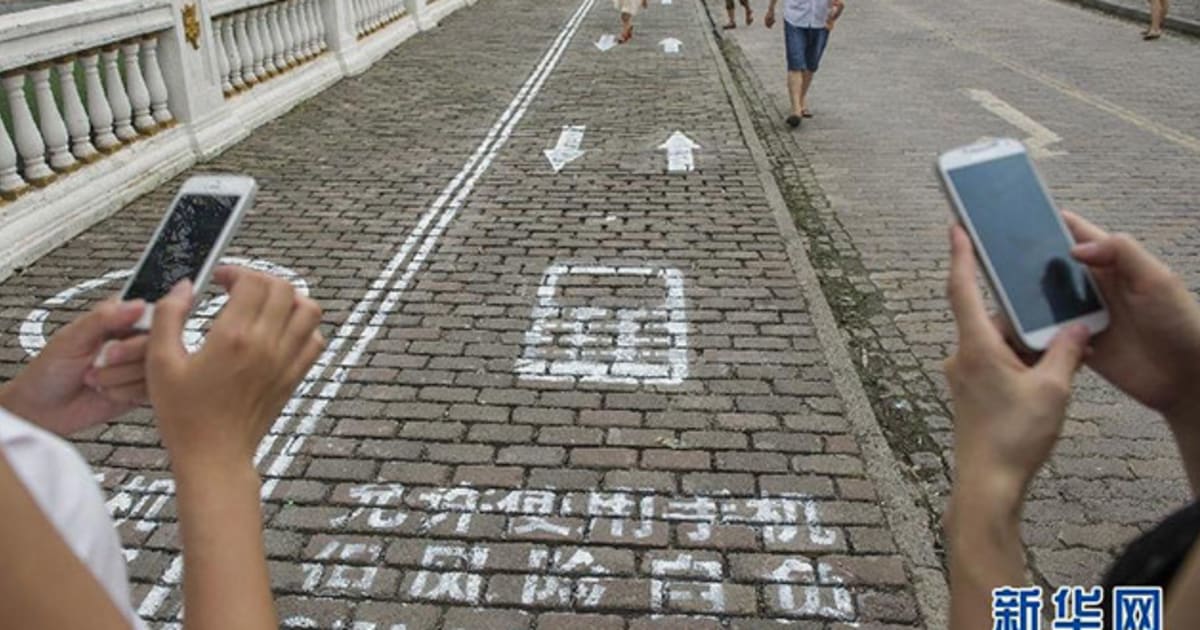 In this Chinese city, phone addicts get their own sidewalk lane

Some places have lanes for bicycles, others for motorcycles, but there's a place in mainland China that boasts a different type of lane altogether: one for ph...

The point apparently is that the city of Chongquing hopes that those glued to their screens will use this special lane so the more attentive type doesn’t have to weave in and out to avoid getting bumped into, providing that they aren’t oblivious to the lane starting to begin with.

Is it really true that people are now so dependent on their technology 24/7 (even while outdoors) that we need to start creating special accommodations for that? I fully get the need to take into account those in wheelchairs and I even get the point behind bike lanes in cases, but this, REALLY!?

It’s just not the screen - we find the screen in the sofa where we are resting. All the tea in china, and they still have to go for the screen ?

We may find Specially marked ‘sofa’ and ‘bed’ lanes to make their debut in China and else where. I agree that people would do well to keep their eyes off of the cell phone screen while driving, but unfortunately a lot of people don’t adhere to that advice and there really isn’t anything you or I can do to change that.

You could say, you know let’s create laws and punish those who drive with a cell phone, but throwing the offending driver in jail doesn’t really help the guy in a wheel chair that got hit by that driver now does it?

I mean, here in the states, there are laws regarding speeding and drunk driving too, but levying hefty fines and throwing people in jail hasn’t really stopped people from speeding or driving drunk now has it? Oh I wouldn’t be surprised if there aren’t fewer drunk drivers out there then there would otherwise be, but charging a drunk driver with manslaughter doesn’t really help the dead guy now does it?

The brute force approach hasn’t worked in either of those other cases, why should we believe that it would work with cell phone use? The only option we’re left with is trying to work with these issues rather than fighting a losing battle against them.

In truth I would imagine the roadways might be a bit safer if there were a drunk driving lane or two. If we can’t stop them from driving drunk, maybe the sober drivers can at least avoid them. The same could be said for cell phone use.

P.S. I say kudos goes out to China for at least trying a different approach. We’ll never know if we don’t try.

P.P.S. For the record I don’t have a car or a drivers license so driving alongside cellphone users and drunk drivers isn’t as much an issue for me. However; I do ride my bicycle on the roadways which, in many instances, could be considered far more dangerous in the face of distracted drivers.

From my observations I find that distracted drivers have hardly caused a problem around me. However, there are some people that do not have the brain power to drive in a straight line, even when solely focused on the road!

From my observations I find that distracted drivers have hardly caused a problem around me. However, there are some people that do not have the brain power to drive in a straight line, even when solely focused on the road!

Fact of the matter is, driving a car is dangerous and it will always be dangerous. In fact, just getting out of bed in the morning increases your liklihood of death or serious injury, however if you never get out of bed you’re liklihood of dying from serious heart disease increases significantly. We’re all gonna die someday, the only question is how you check out.