Having a problem with eyes in posing

I’m trying to edit an MMD model to use as a model for VRChat
my current problem is that even though i weighed every part of the head mesh on the bone to the max when i rotate the head bone the rim of the eye doesn’t seem to move with the mesh, or even move in an opposite direction 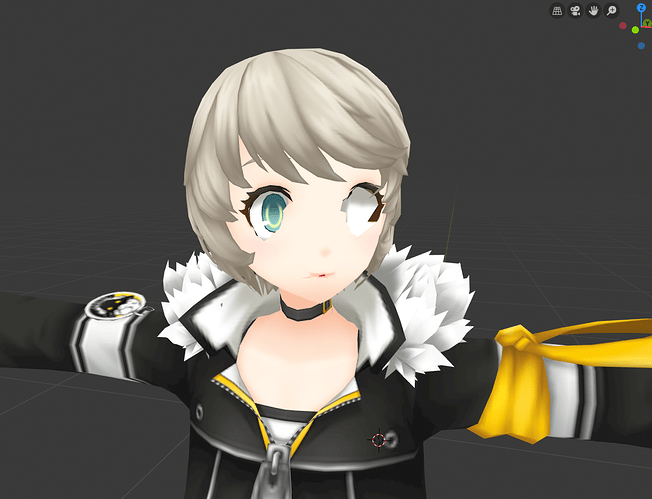 I’ve tried deleting doubles to see if that was one of the problems like with problems i had with the nose and neck but it happened to make the problem worse. so I’m asking here instead of potentially ruining the model even more

Your eye and lips are probably weighed to another bone. To find out which bone go to weight paint and press V to get the vertecies to appear. Now select the vertex of interest and look at the Item Tab on the right side. You will see the different influencing bones under vertex weights. select the bone that shouldn’t be there and erase the weight.