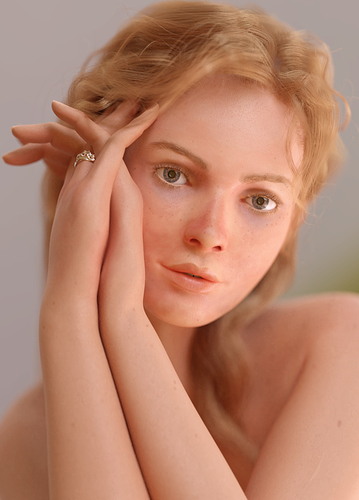 First variation and finished shot of my 3D female character.
Everything is hand made and built from the ground up. Nothing was added in post, only a little bit of colour correction.
She’s wearing my Coral Entanglement ring which can be purchased from my shapeways store.

Nice work! The modeling is great and the lighting is nice too. I do think however that you have overused SSS a little, or at least have the radius cranked too far up. It’s still preferable to too little SSS, which is a more common problem. Just need to find that sweet spot!

Great work! She is lovely!

Definately not so easy to find that SSS sweet spot. Thanks jackdarton and thanks Tonatiuh.

I feel that it has too much reddish. I did a color correction on how it might be nicer (I did it on my PC and not Mac so the colors might be a bit off, also I used paint.net so I didn’t have full color control): 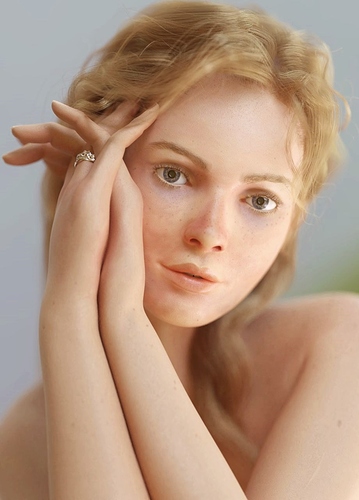 I definitely like the color on the second version more. Feels a lot more natural. Nice work.

Very nice.!! She is so clean and beautiful looking

Take a look at this: Pantone

Hey bigbad, thanks for pointing it out to me. It seems there was a problem with the export anyways, the export was done without ‘force srgb’ so the colours were interpreted differently by different systems. I’ve now replaced the image with a correctly exported one. Apologies for that. I’m too used to do this kind of stuff on a Mac with PS but at home I now mostly use Linux and I’m not used to the workflow with Krita yet. That being said I added the reddish tint in post because I liked it a little warmer and lovelier. But I like your version very much as well, it has a natural and fragile touch to it. For reference here is the incorrectly exported image… 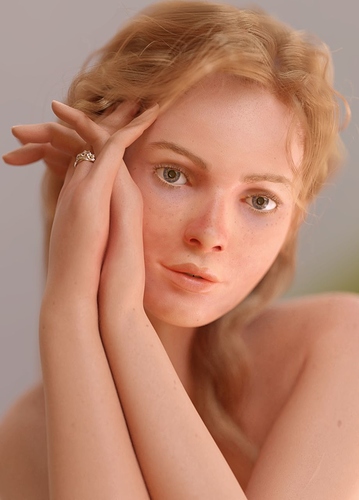 and below is a version without colour correction: 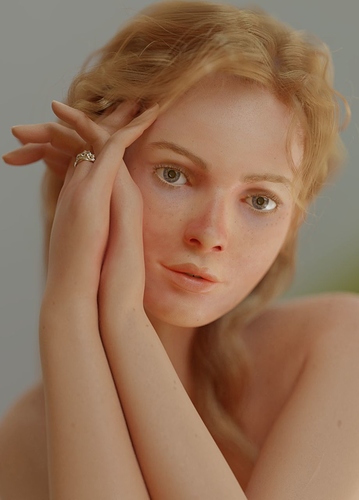 Thanks for your support Nicholas_A, avizblender, SandraDau, gr8!.
@Tonatiuh: that’s a cool reference, thanks for sharing!

You should update or add the latest image to the top.

This is kinda like the Mona Lisa, you keep looking at it

Hey georg, I did, and it’s the same image, just with different export settings, but I think that what’s happening is that the site doesn’t handle the image properly when creating the scaled down versions or thumbnail. If you click the two images and compare the originals then they look much more the same.

Anyway, since I’ve received so much feedback I’ve re-rendered the image with increased resolution and samples and I’ve actually saved it as .exr instead of png and then applied colour correction to it. Below is the result, once again I think the scaled down image looks off, but if you click on it it should be displayed fine. 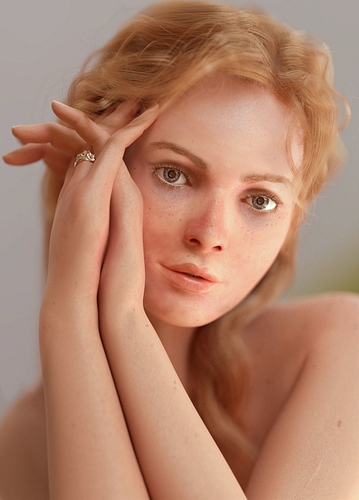 What do you guys think? Is that better and should be the final version? Anyway I’m sick of it and want to get on with the next project

@33djwaterman: Omg comparing this to the mona lisa, you serious?! Anyway thanks!

nice work, I would make the pupils slightly smaller, as I think the light is too strong for them to be that big.

Nice. I have alternative render for you. :eyebrowlift: 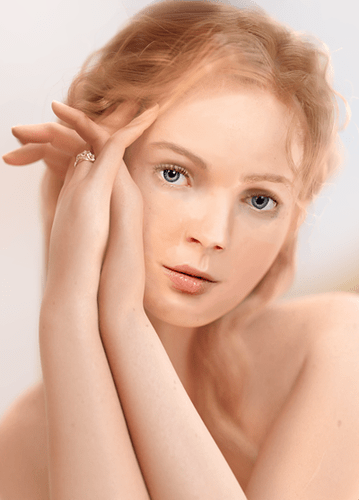 Is there a reason why the ring is on her right hand though?