Head is not Dead 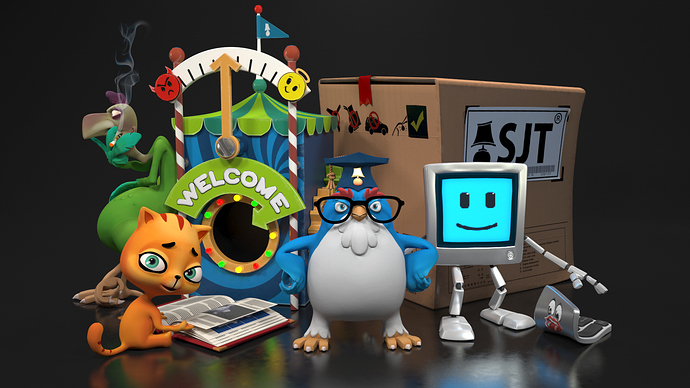 This movie is done by New Silhouette Studio from Serbia. Director is Bozidar Knezevic and producer is Ratko Obradovic.

Various software was used, but Blender took a large part in production.

Final character design was drawn in GIMP by me, following some useful advises from Boris Stajic, based on sketches from Milos Vujanovic. 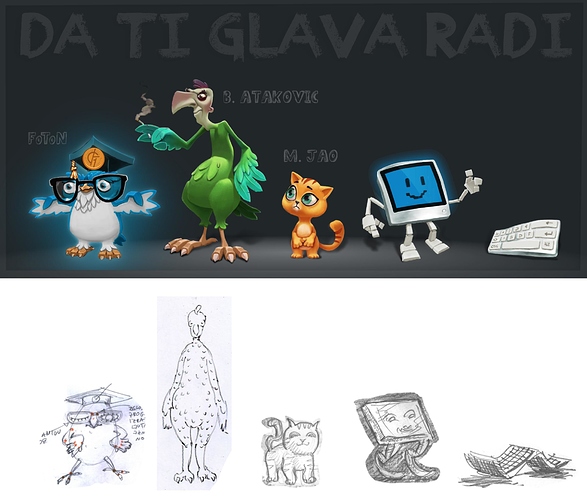 Character was modeled as digital sculpts in Blender by me. Blender performed very good for this task, it’s a perfect tool for sculpting if you don’t need tens of millions verticles. All characters were sculpted in the same time, for better control of style and proportions. These sculptures was a base for final characters used for the movie. 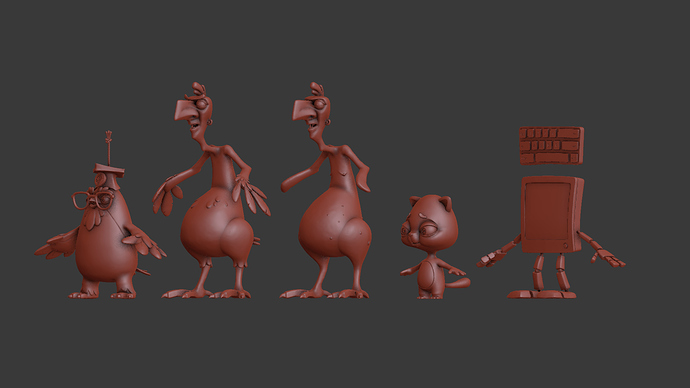 Blender was used for modeling and unwrapping additional assets in the movie.

All rigging and animation were done in Blender, based on Rigify and using new dependency graph. Blender performed very good for this task. Animation was exported in other software for further production. Most of animations were done by Nenad Sunjka, Boris Stajic and me.

Blender was used for hand-drawn visual effects, such as whistle lines and crash lines. This effects were done by me.

Final compositing was also done in Blender, because it did a great job in packing image sequence and sounds in mp4 format.

I really enjoyed this, and every aspect of it is very impressive. That bird is such a jerk, you don’t just slam someone’s head in a book like that lol

Great animation and quite a bunch of characters. My favourite was the keyboard. If I could do a constructive critique it would be that the pacing was a bit slow.

I agree bigbad, pacing is a bit slow, especially comparing to modern animation where everything is fast and furious. Keyboard was very interesting to rig and animate. All simple characters, such as keyboard, monitor, book was so interesting to animate. I suppose that what simple toys are the most fun to play with