I finally got a bit time to dig into sculpting with a tablet.

another small update for the thumb’s sake: 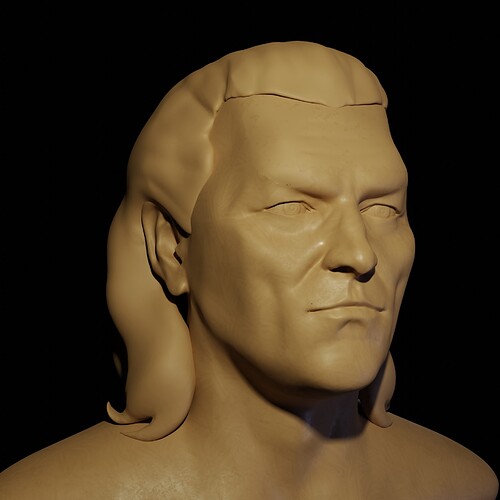 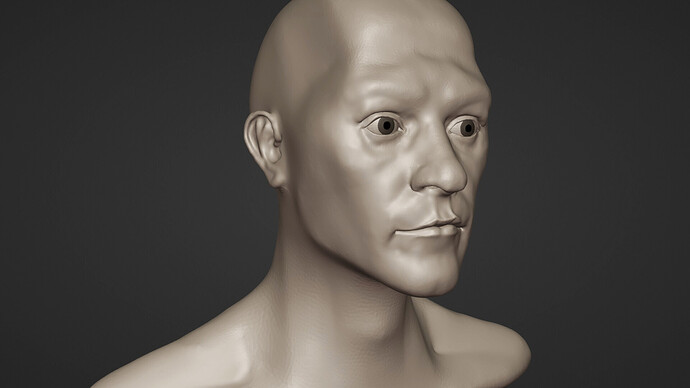 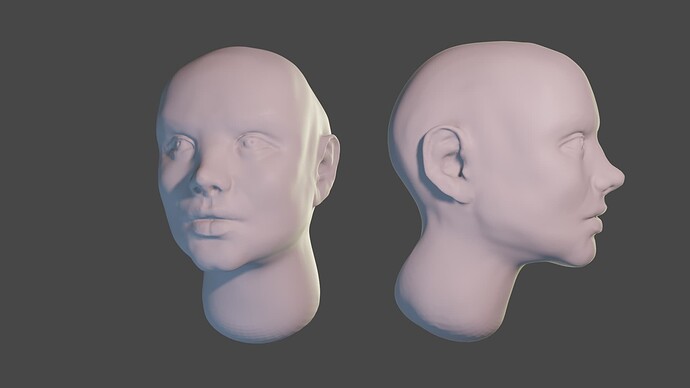 I can see you went a bit fast with the details. I stay quite long on low resolution to correct proportions and the overall look.

The shape of the head looks a bit beaten up and not smoothly head shaped. Around the ears there are some turbulences with going in and out. The proportions of the face overall are looking fine to me but i would recommend watching this:

he also has a female version if you prefer it.

Thanks for the tips and link.
I guess you are right with rushing to the details.
Still getting used to sculpting in blender. The controlls and tablet and all. Quite a lot to get used to. Patient blocking out is the way to go for me. I sometimes rush because I have limited time and several things to work on.
Anyway…baby steps.
I will definitely watch the video.

Jeah in the beginning basics are the most important thing. Not as fun as details but the end goal will be better.

Not sure what you use but i would stick to voxel remesh and not dyntopo. Thats easier for a beginner in my opinion. You should take like an hour to practice thats all you need in the beginning. My aim was doing characters so i made bust and detail studies like hands, chest and also face features like ears.

As a first try to get comfortable with the tablet this is very good.

Went with a self portrait excercise this time. After completing a generic head with anatomy reference I tried modifying the features to capture likeness - not 100% happy but nice for the first time (OK I did it once before with clay when I was studying interior design :)) 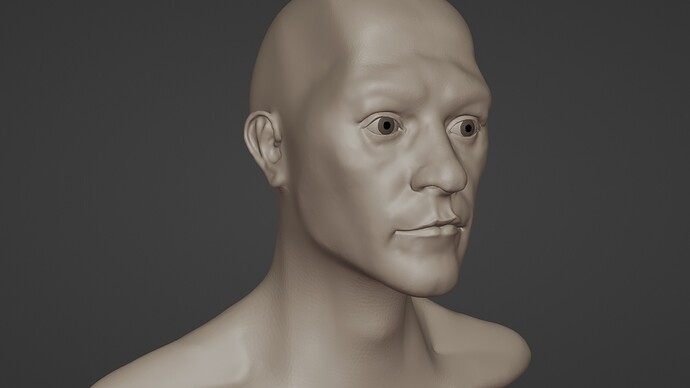 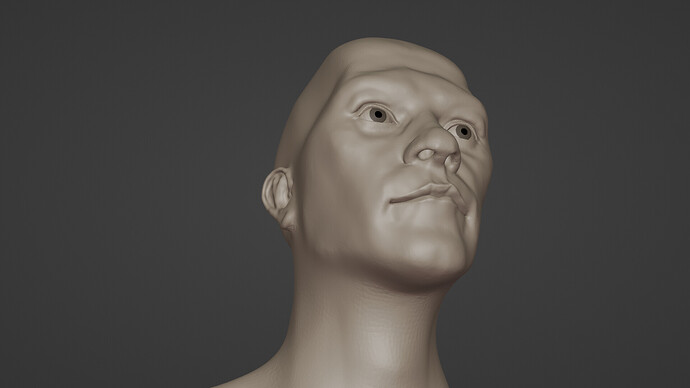 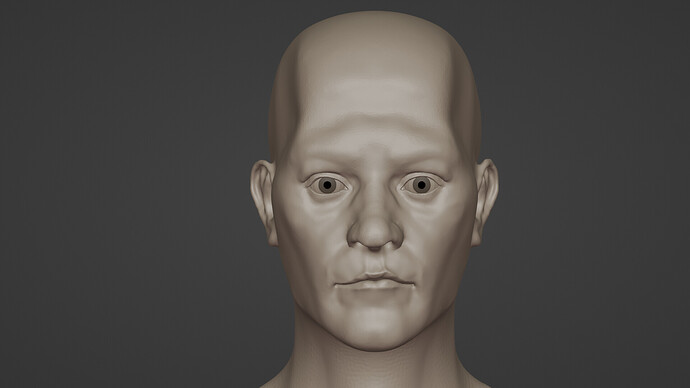 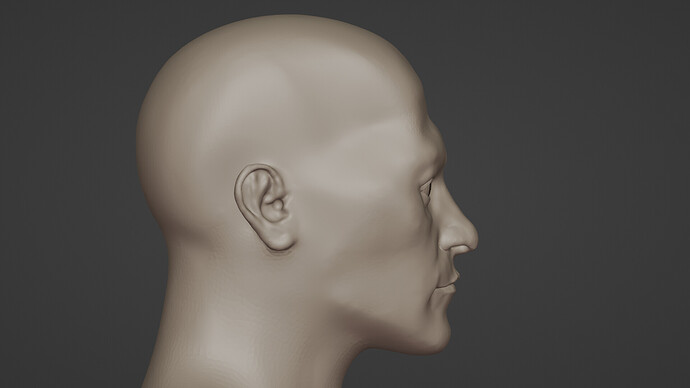 practicing etchnic differences - an attempt at transformning male basemesh to an asian female: 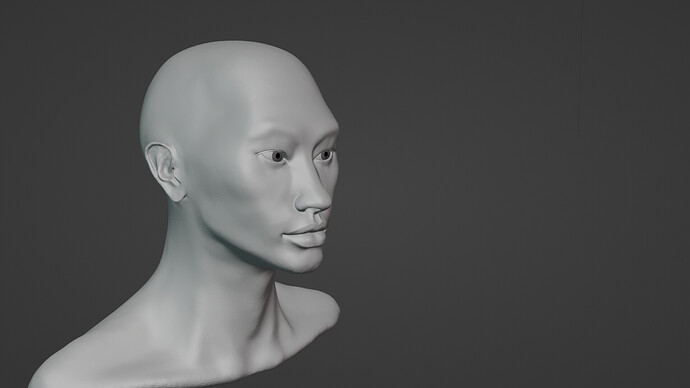 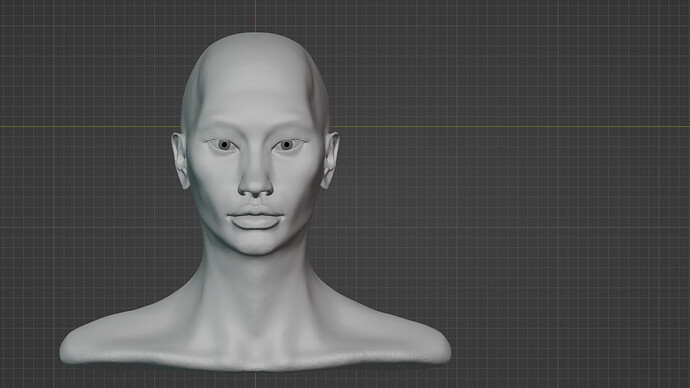 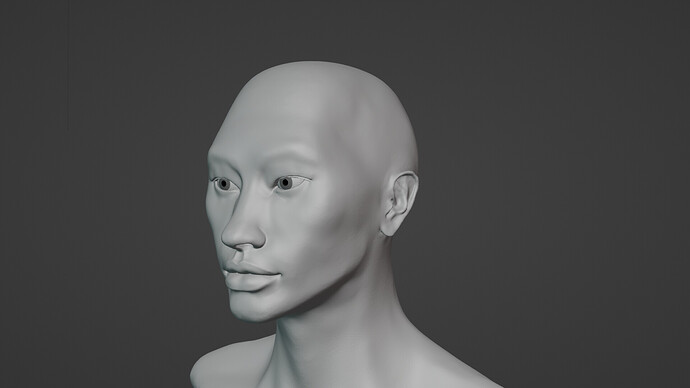 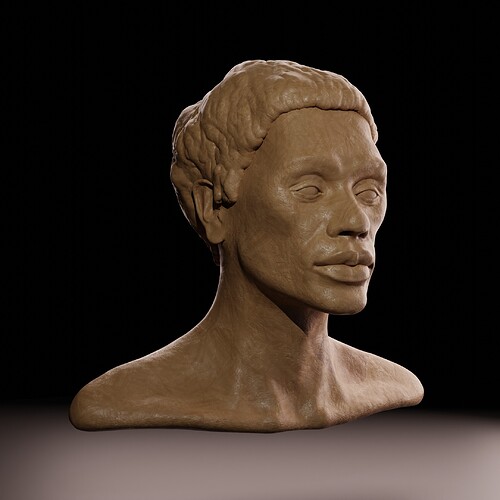 This time I went a step farther and did retopo to apply some skin detail in multires. Really fun process, but quite time consuming… 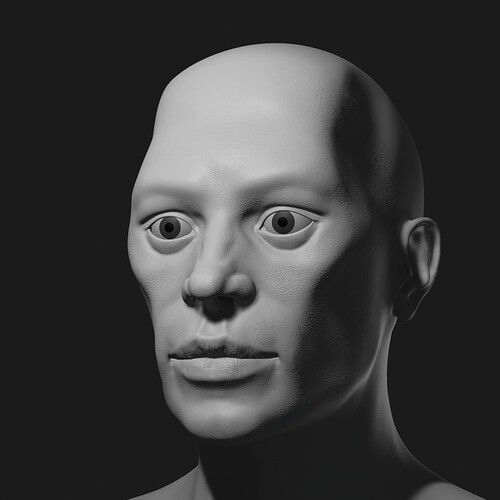 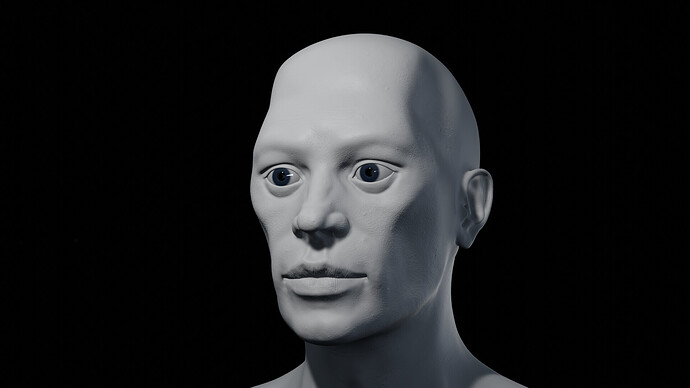 Experimenting a bit with SSS for the skin. 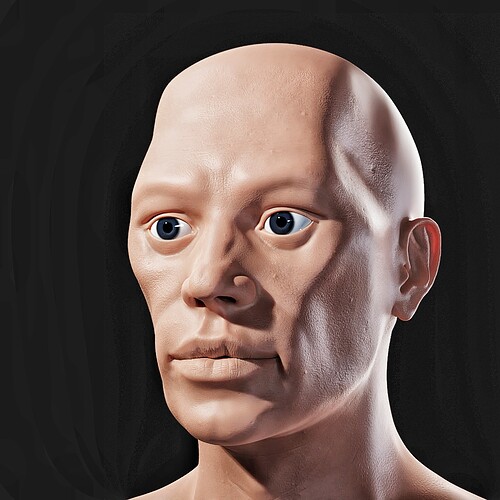 keep pushing the base proportions !

Yup. I know there’s still work on that level and I will do it in the future. It’s just that this time I want to go through that final detailing phase despite the possible uncanny valley. Just me being impatent and allowing myself to learn my way

Now going for some likeness excerscise.
I wonder if anyone can already guess who is it 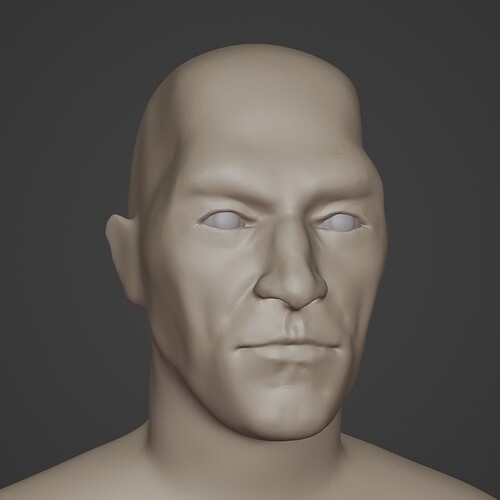 Might be an easier guess with some hair blockout 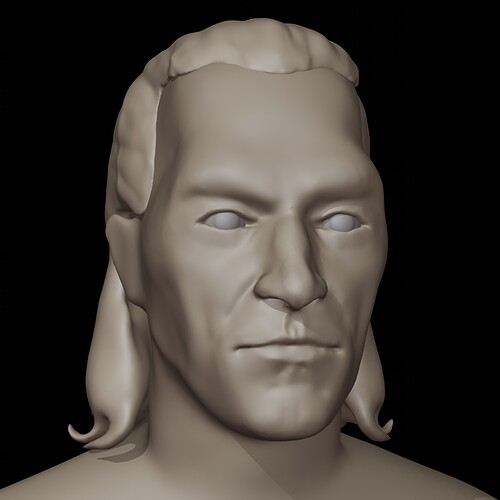 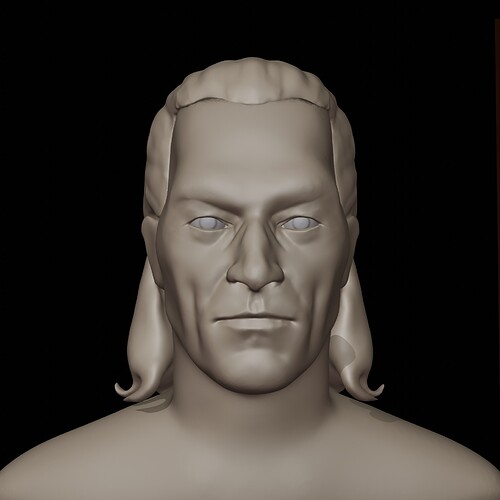 some more tweaks plus moustache blockout… 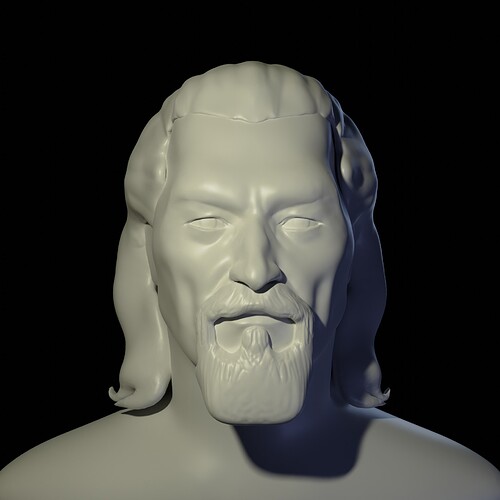 still struggling with basic shape of the face - something’s not quite yet with the eyes/cheekbones area.
I can’t find perfect reference for these. Need to search for some more photo’s of him.
I wonder if it’s even close enough for anyone to guess who’s that supposed to be 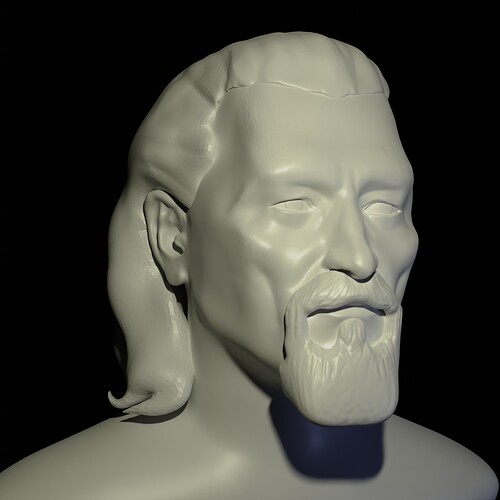 I’m not sure who it is - the beard threw me, as originally, I was kinda thinking Van Damme or something, but I don’t think I’ve seen him with a beard like that before. He does look familiar though, so I’m sure once you say who it is, my brain will see it.

I think the general shape is much better now than it was. You’ve got the cheeks, and eye area much closer to what you might call ‘correct’. I think they’re a tad sharp, perhaps, but that’s easy enough to fix.

When sculpting from scratch, I find it’s a lot easier to stick with something relatively low poly to start with, until you have all of the proportions and main landmarks looking mostly right. Then, you can jump into refining those shapes further.

Also, in regards to sculpting a likeness, a couple of things that might help you:

Assuming the person is famous, then Getty Images is your friend; Hundreds, if not thousands of reference images available if you’re lucky. Also, try and use references that are neutral. No smiling etc…as they may exaggerate certain features.

Also, a method I’ve used myself that I’ve found to be useful it to get a front and side view, or as close as you can find, and then in Photoshop (or whatever) after lining them up as best you can, add a new layer, and then sketch in a bright color (Blue works well) over the basic landmarks. Eyes, Nose, mouth, ears, etc…If you then save that as a transparent layer, you can load it directly into Blender as a reference that you can sit over the top of your sculpt. 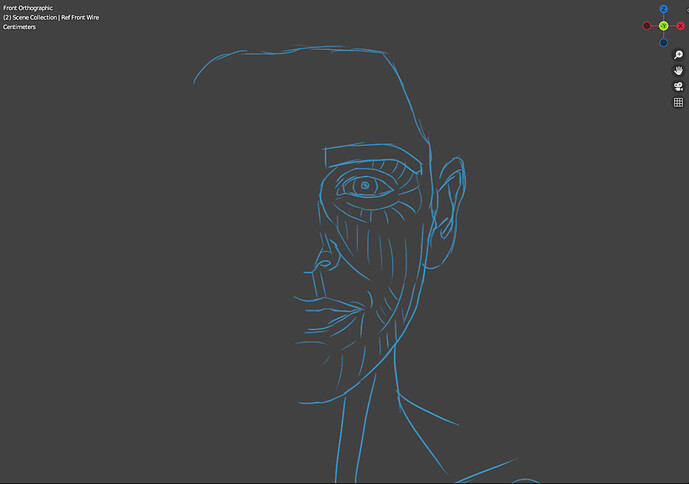 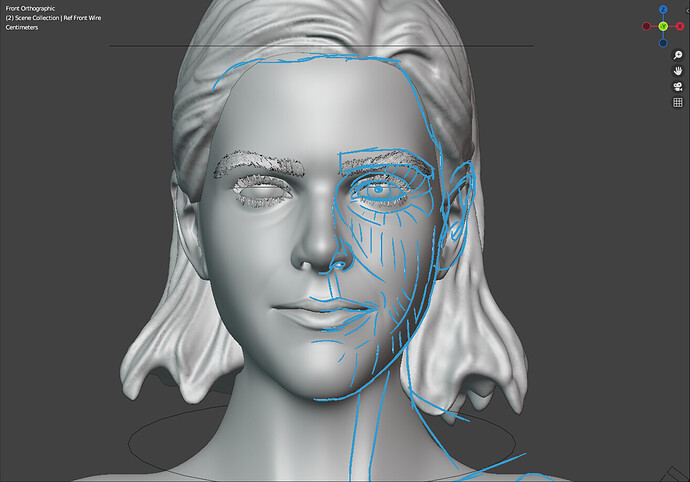 It doesn’t have to be perfect by any means (It almost never will be), and you’ll still need to do more to draw the likeness out all the way, and rely on observation, but I find it’s a really good starting point. Some might say “that’s cheating” but it’s not; it’s just a case of using every tool available to you.

I hope that maybe that’s of some help

It doesn’t have to be perfect by any means (It almost never will be), and you’ll still need to do more to draw the likeness out all the way, and rely on observation, but I find it’s a really good starting point. Some might say “that’s cheating” but it’s not; it’s just a case of using every tool available to you.

I hope that maybe that’s of some help

those are great tips. thanks.
I’ve been doing likeness with drawing and painting but sculpting is another level hard

I just did a new research wave of ref pictures. The guy is pretty famous, but not young anymore so I have lots of pics from different ages and I still haven’t decided 100% what age I will aim at finally… 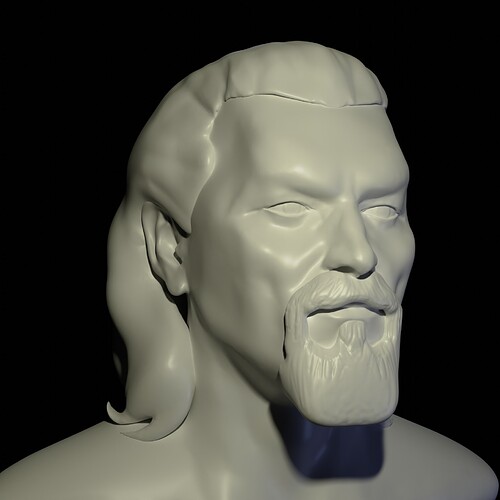 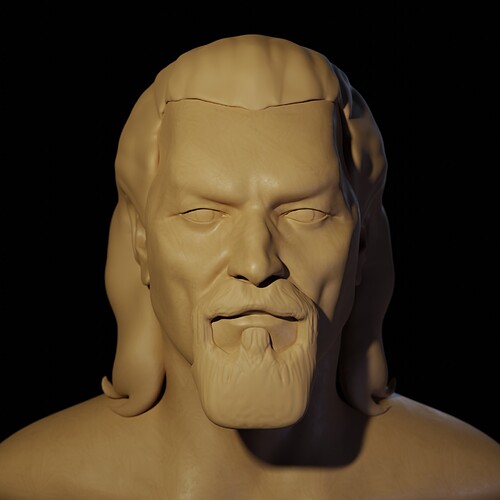