Another attempt at the floating island concept. Things have changed a bit since “Welcome to Sky Rome”! This time, I wanted to incorporate elements like waterfalls and space lighting; while also providing a realistic atmosphere and “chill” to the mountains up top. It was quite a challenge and took almost a week to finish!

Note the golden waterfalls on the right side. I found it impossible to make the waterfalls properly reflective, as they would just vanish if I made them too glossy. So instead I piped the output of object location into → separate xyz as a factor for shifting between a golden emission texture and a blue one. Basically, the waterfalls shift from orange to blue as they go from left to right, “faking” the lighting and highlights. Left side closeup: 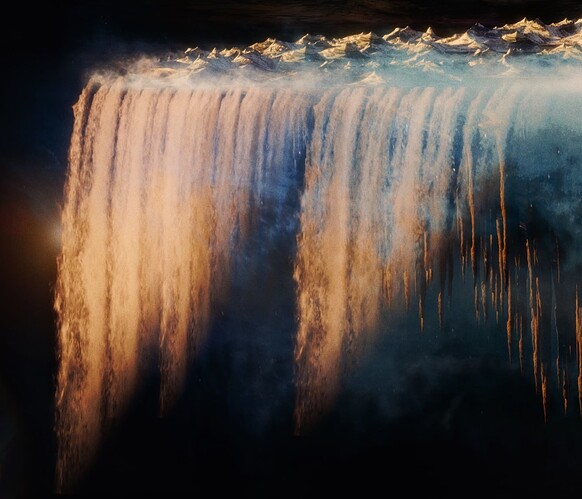 The mist and atmosphere stands out more on the right side, as they are not dominated by the color of the illuminated waterfall. This required a lot of tweaking to get just the right amount of fade and opaqueness. Right side: 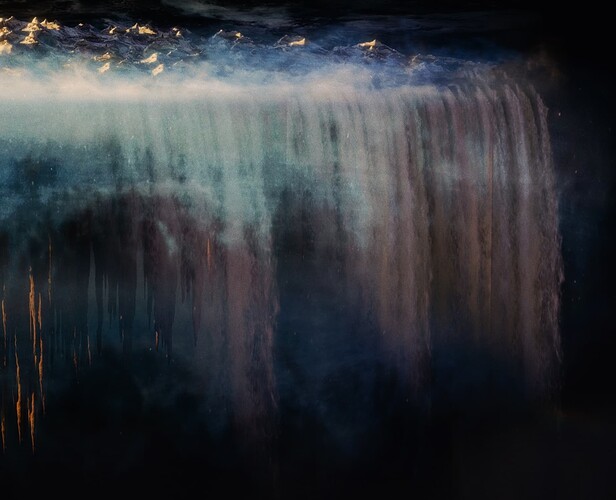 An initial try at making the island. I initially wanted to have the stalactites illuminated from below or glowing internally, but eventually decided having them globally illuminated like the mountains looked better. Here’s how it was initially gonna look:

An in progress shot closer to the end: 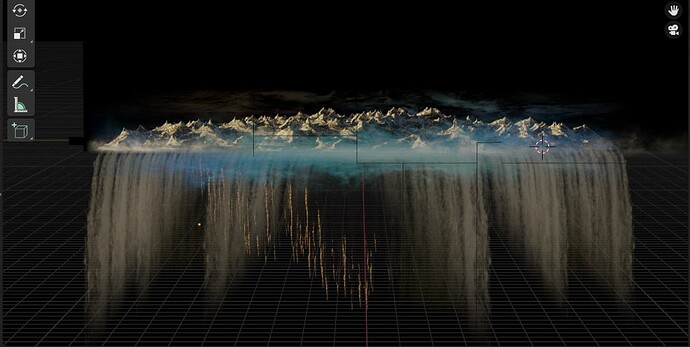 Very creative way of getting the waterfalls to look reflective. Very good render!

Awesome work! I love the way you created the fake highlight. I do that type of stuff all the time to make my lighting work the way I want it to when actual lights and shaders can’t achieve the look I’m going for. How exactly did you create the water itself though? I can tell there’s an image texture, but I’m curious how you arranged the geometry and what shaders you used

nice work bro. can you show us how you did the waterfall

Thank you! I really appreciate that.

I’ve gotten a few questions about the waterfalls, so I’ll make a reply in the thread with hopefully some demos/nodemaps/explanations. In the meantime though, you are 100% correct that my waterfalls began their lives as an image texture

thanks man! I’ve gotten a few questions about the waterfalls, so I’ll make a reply in the thread soon with hopefully some demos/nodemaps/explanations. 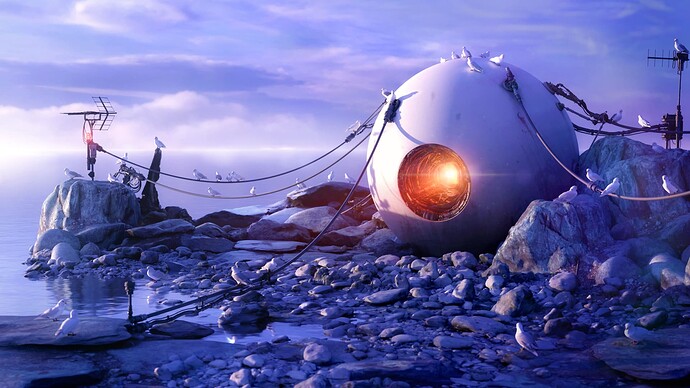 thanks so much bart!