So, I posted some work on this before in the WIP forum, back when I only had an engine modeled. Well, here it is now, the main arts are done, all I have left to do is add tons more pipes and greebles. Actually, most of those greebles I had to delete, because I put the ship in a simple little scene, but saved it over the original modeling file. Alt R screwed everything up bigtime, and anything that was parented to the ship body was rotated wildly. So I’ll just do that all over, hopefully better this time.

Anyway, here are some screenshots. 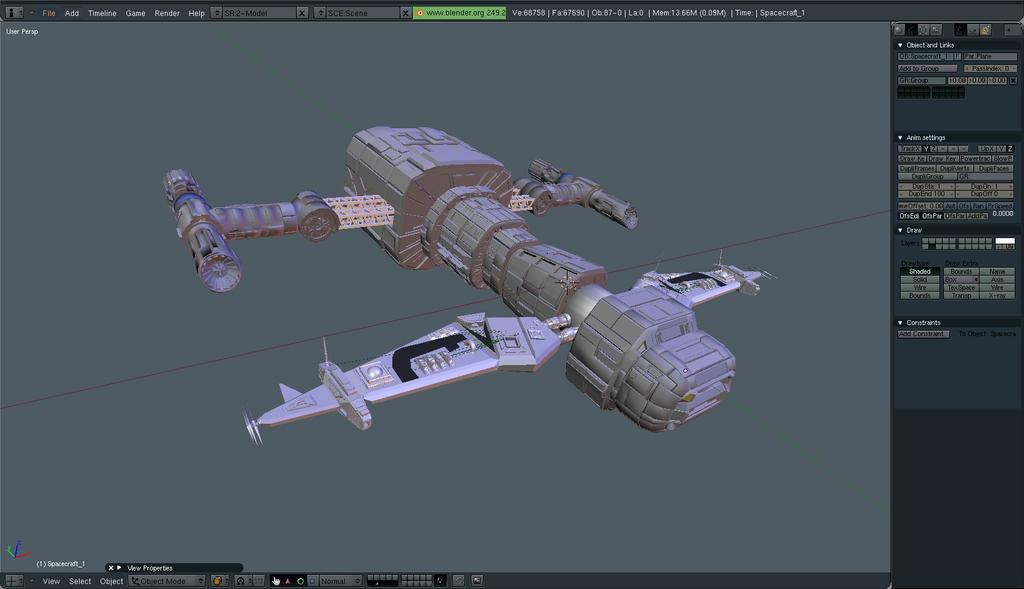 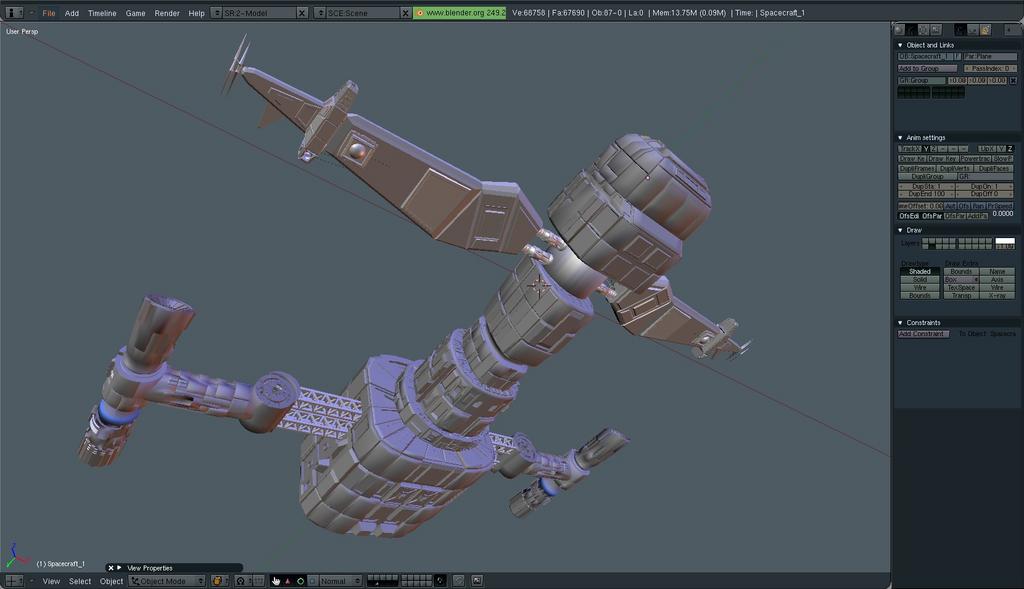 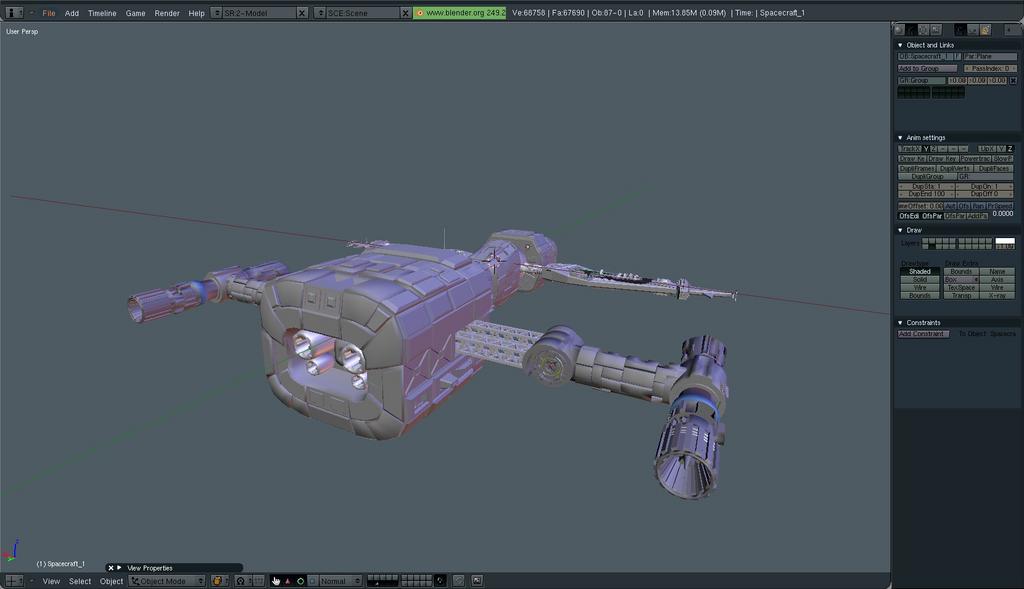 Thanks! I’m also posting a scan of a sketch I made for another ship. It’s designed to look more “thrown together from a garbage heap” and “very very breakable” as opposed to the ship above, which is supposed to look tougher.

It’s a little washed out, but you get the general idea. If anyone else has sketches they want to put up, go on ahead. I’m always looking for inspiration, and will only model your stuff with your permission. 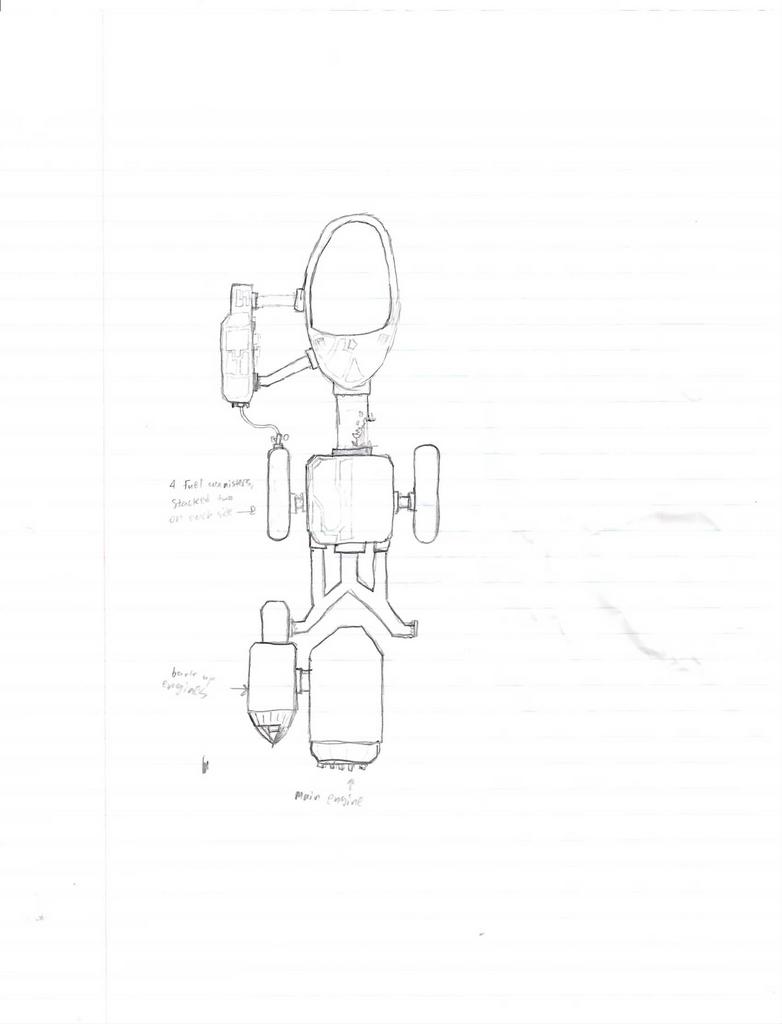 Did a couple renders. 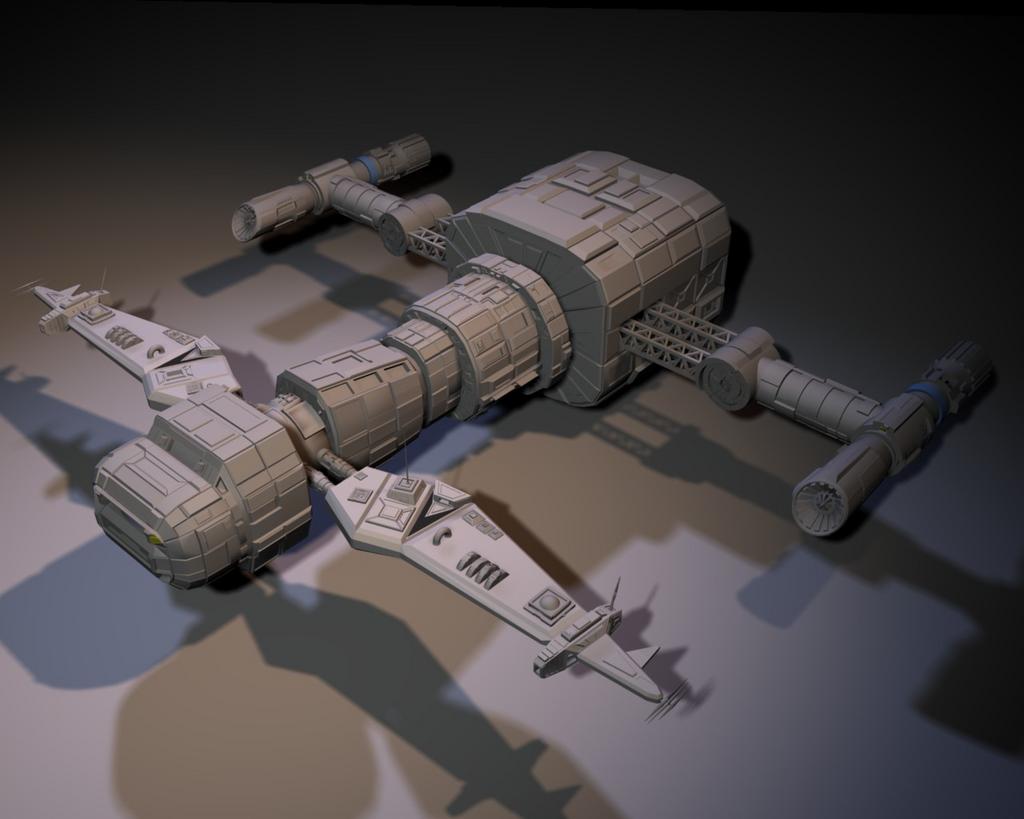 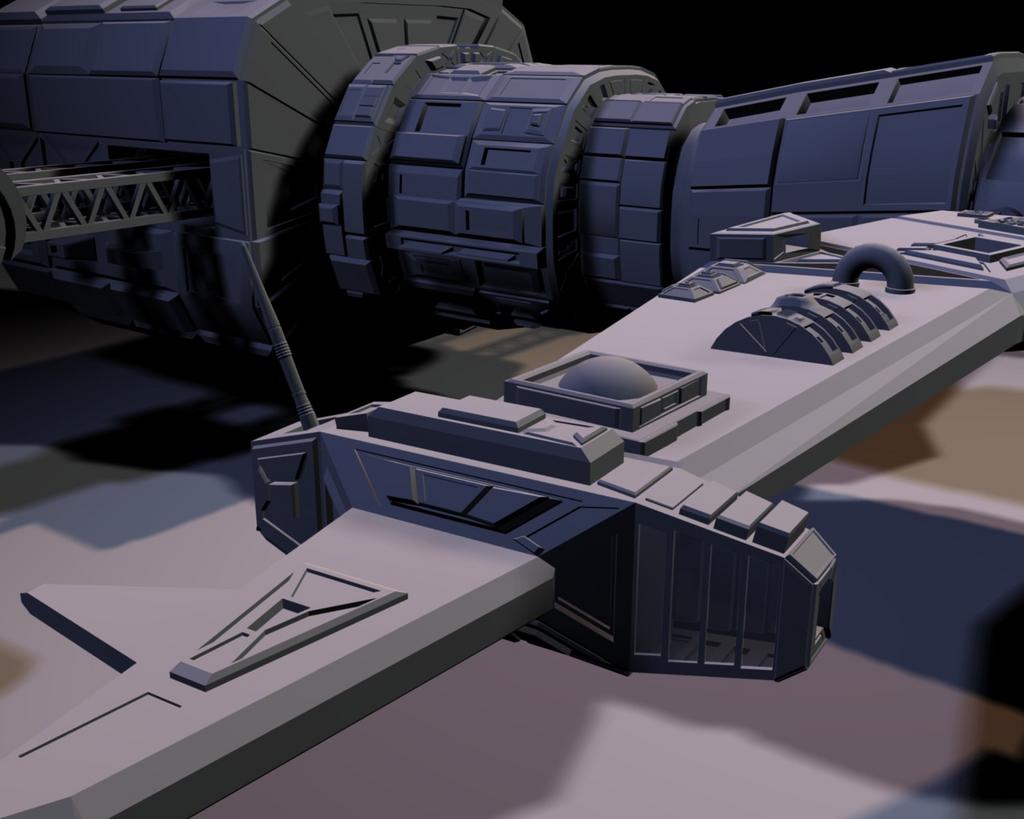 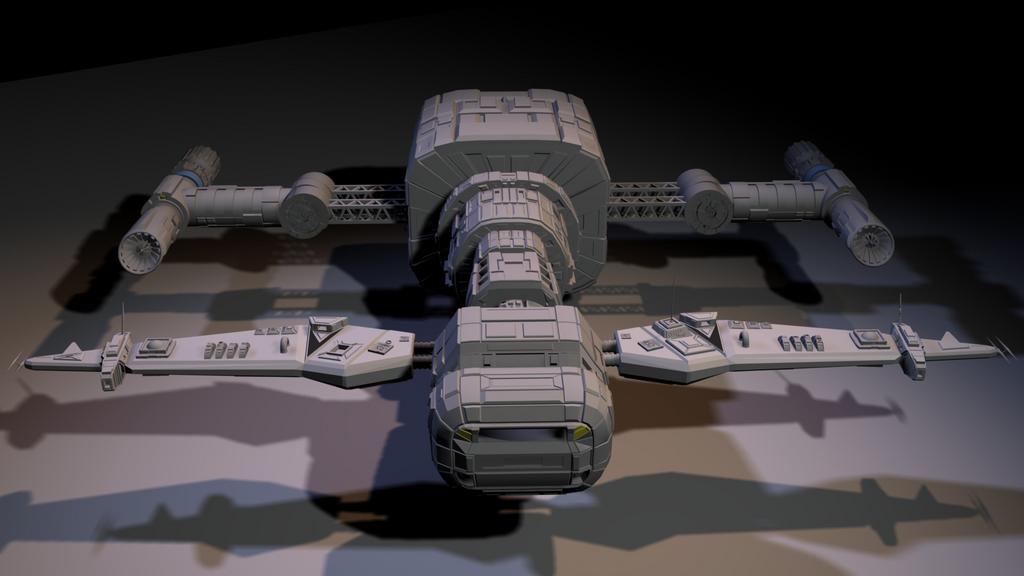 Amazing! you’re going to sell this on turbosquid?

Thats the plan. Probably not for much though, because it would be my first model for sale. The minimum Turbosquid will let you sell for is $7, so I was either going to just go with that or $10. I don’t plan on texturing this model either, so I can’t raise the price too high.

And here’s a scale picture. The person is, well, a typical person. I’ll think I’ll spend some more time on greebling now, I don’t think all the small stuff I add will show up with most of the main, larger stuff being done, but the small stuff counts.

I’m also wondering if I should start a thread in the Focused Critique forum, or if a moderator could move this thread to there. 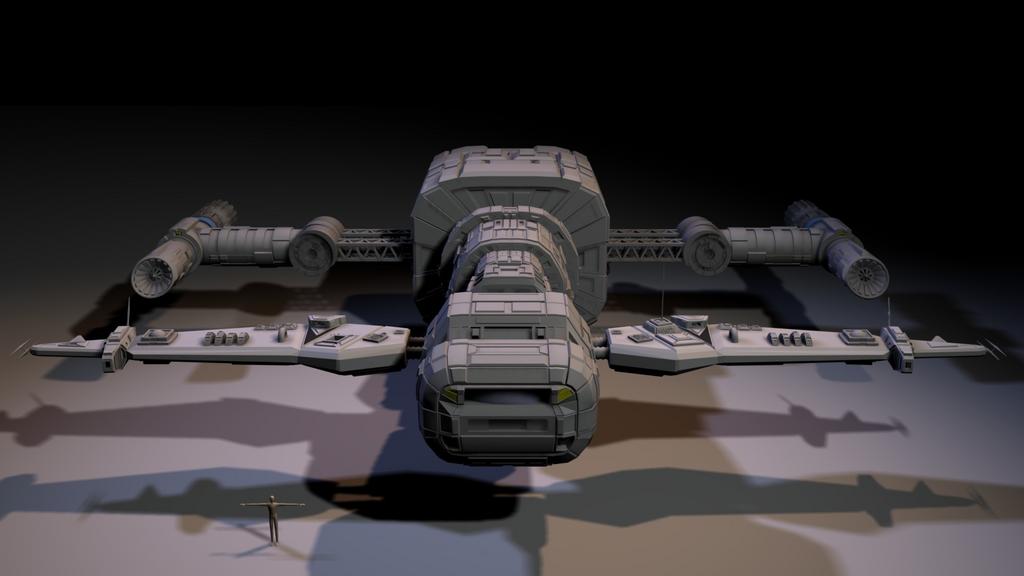 have you sold any?

Can you do a topology wireframe render? That is what really sells objects. Nothing worse then getting a triangulated mess and having to deal with that. Did you use all quads in your model?

@tmcthree: No, I haven’t sold any yet.

@Atom: I’ll make some wire renders when I finish my homework :).

Here’s an update. Did some work on the wings. I’m afraid stuffs gonna slow down, as it’s exam week at my school in two days, (actually, I started the AP english class exam today. :eek: woof.)

Also, how do I do a render of the ship’s wireframe, or can I only do that with screenshots? 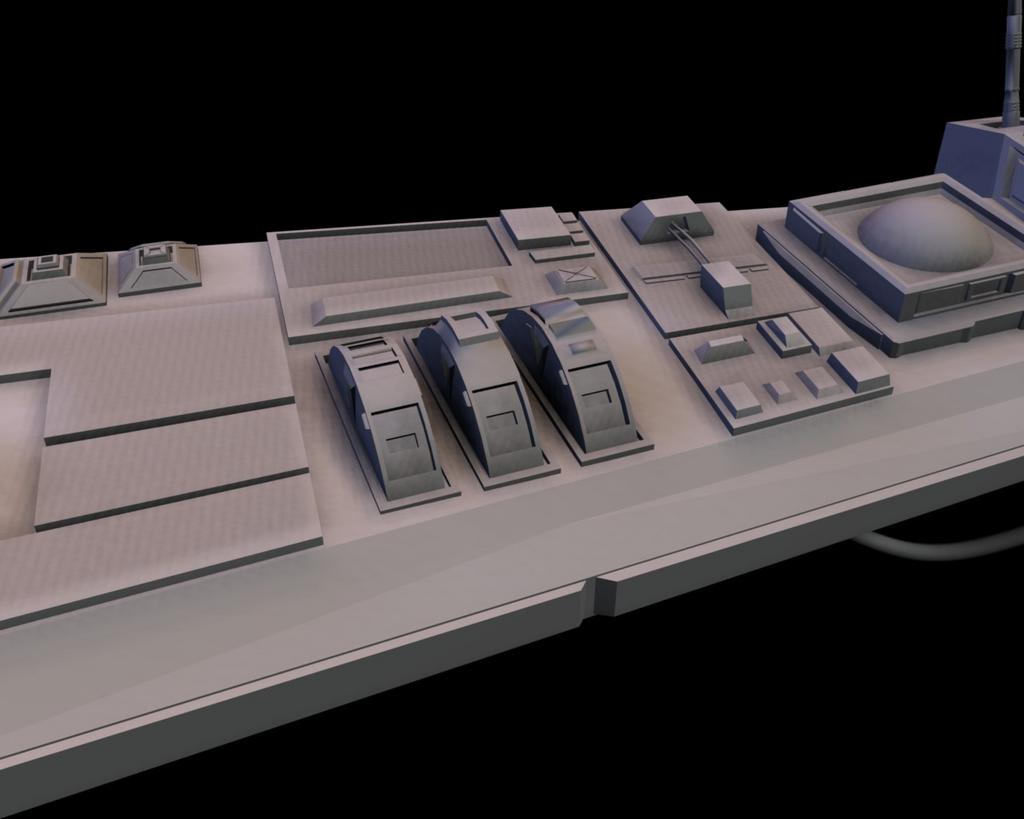 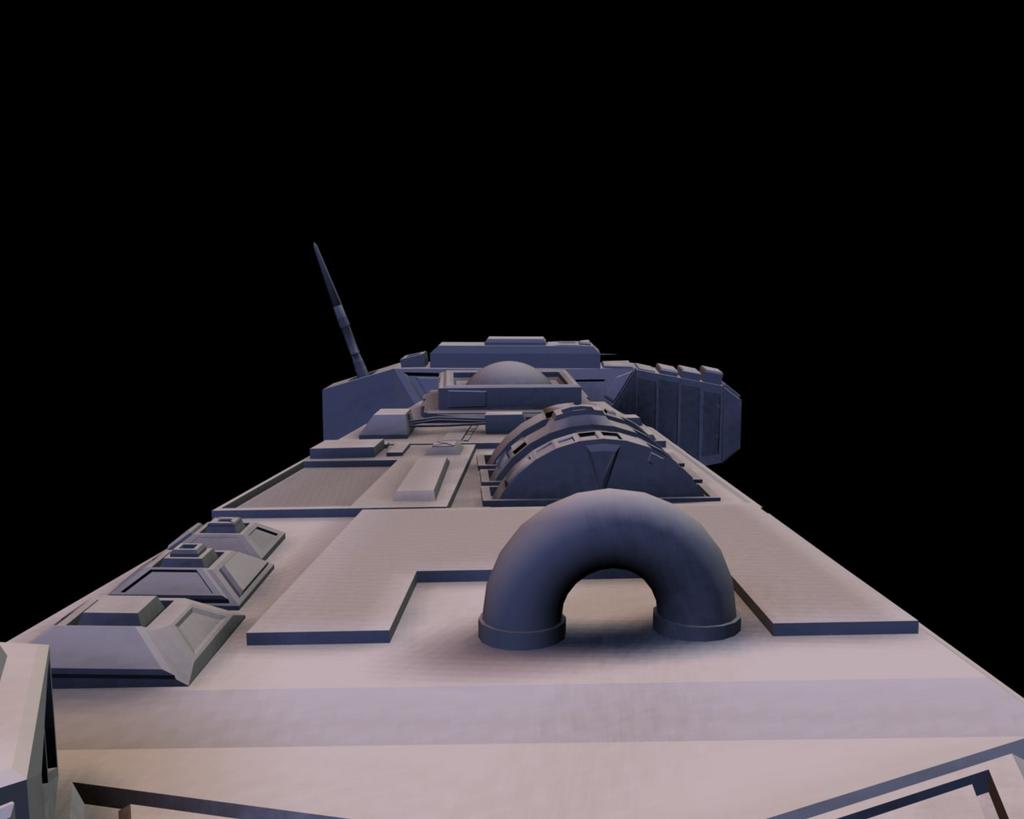 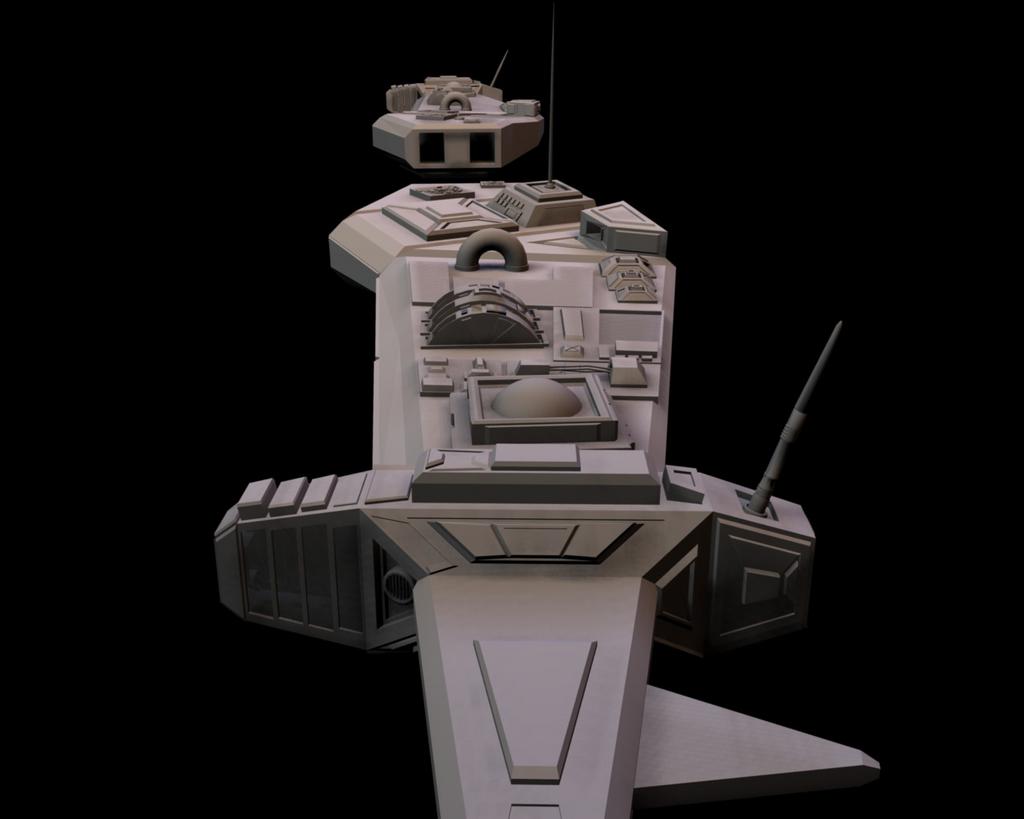 It looks quite neat - an overall pleasing design. Hope you get many offers for this on Turbo-squid.

Just saying that the ship looks great, reminds me of some ships in StarFox64

Here’s a vid for wireframe rendering, takes a few minutes to set up, screenshots are faster.
But render’s look more professional.

I dont’t want to knock your model, because it looks great and its clear that a lot of time and energy went into it, but I do want to offer a piece of constructive criticism:

I think you overused the extrude function to simulate detail. Taking a surface (like the hull of your spacecraft) and extruding pieces in and out (and then extruding off your extrusions and so on) quickly and easily takes a boring 2D surface and makes it more dynamic and interesting. However, while it gives the model dimensionality, it does not necessarily give it credibility. In order for an object to look more believable, you might want to try generating details through geometries that are not derivatives of the quads you used to define your large scale topology.

All in all, a great model though.

i dont think the greeble is overused. it has a very good effect, many of them arent just quads.

Thanks for the C&C, I know that the extruded quads seem a bit overused, and that’s the reason my model is in the WIP forum. I’ve been reading up on some very informative stuff on greebling that I’ve found on the web, and am working to address the situation.

I have three layers in my file that contain nothing but the more complex objects that will eventually be scattered on my ship, and it’s growing larger overtime. Not as fast as I would like, as I’ve had exams for awhile, and am reorienting myself for the new semester. Hopefully I can sit down one weekend and go crazy modeling pipes, circuitry, and other useless good looking things, so stay alert!