Hey, all. I’ve been pretty frustrated with the game engine for a while, so I thought I’d take a quick break from it and work more on my already deficient modeling/texturing skills. I’m modeling Heinrich, a more toon-oriented Xenomorph that is the final boss in Conker’s Bad Fur Day (seems like an awesome game, but it’s too much $$ on Ebay.) I’m planning to model and texture him, but I’d love to rig and animate him too.

Anyway, I’ve only modeled the head so far. I’ve tried to model the body, but I only found two reference pictures of the in-game model- both of which have one of his appendages blocking his body. Go figure. 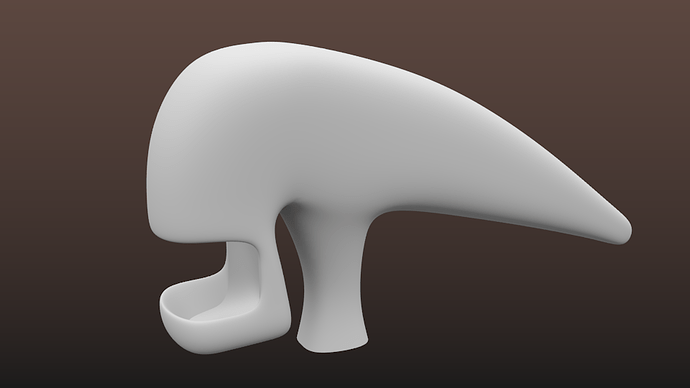 I’ve started to model the arms and hands, but as of now they’re a topological mess (if topological is even a word.) I can’t seem to get them right without adding an unnecessary amount of loop cuts to the whole mesh. 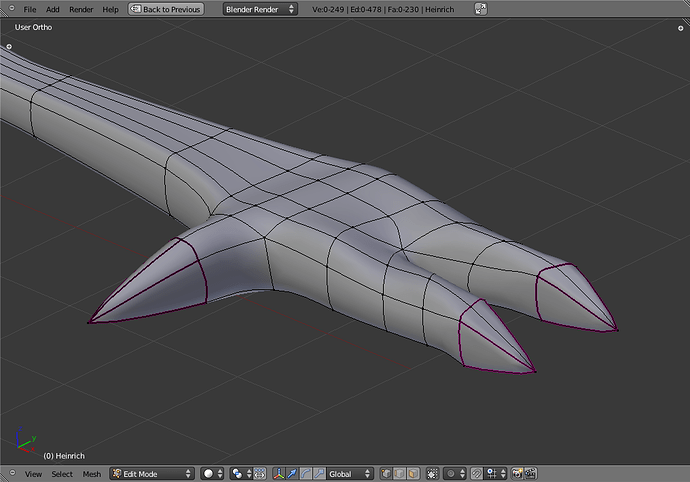 Here are the only two reference images I have. The first one is from Bad Fur Day, and the second one is a slightly higher poly version from the Xbox remake Live and Reloaded. I hate the texture on the newer one though- it looks goofy when it’s colored bright blue. When I eventually get to the texturing stage, I’ll make it more similar to the first one.

I’m thinking about composing a final artistic shot with Conker’s mech suit claw in the foreground, Heinrich in the middle ground, and model the spaceship area for the background. It would be an awesome opportunity to improve my texturing and composting skills, as well as both organic and inorganic modeling. I’d love to take this on as a project, but I’m taking it slow for now.

For fun, I’ve started modeling the claw on the mech suit. Obviously not finished yet, but I’d like to give it more detail. Right now the model has 158 faces. 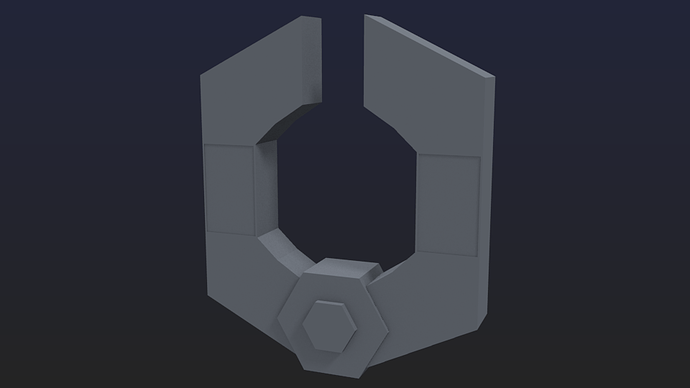 Heinrich’s model is still proving to be tough to model, namely the hands/claws. To get enough control over them without applying subsurf, I have to add a lot of loop cuts on the whole mesh- which creates a large amount of unnecessary faces and also creases the corners of the model. The hands look like mush at this stage.

The gums were also pretty difficult- I started the top ones, but then had to start all over again due to bad topology. I’ve also added a few makeshift teeth- they suck, but they definitely make him look more vicious than cuddly. 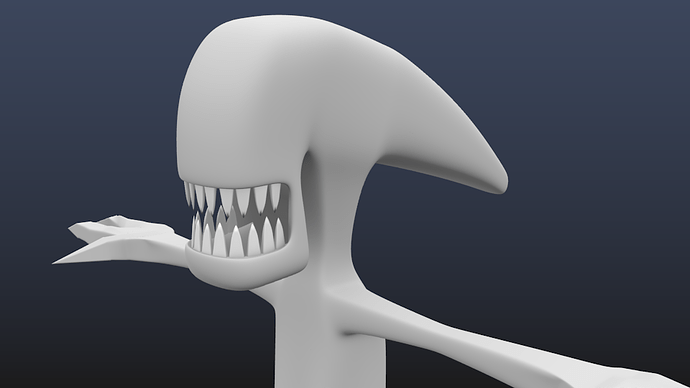 Seems that I haven’t updated for a while, and I didn’t get too much done, but here you go anyway.

I’ve started texturing the claw. It’s hard getting the stripes on the tips to line up correctly; as a result, the UVs overlap a lot. I’ll have to improve the base texture a bit, and I’m planning on creating bump and spec maps also. 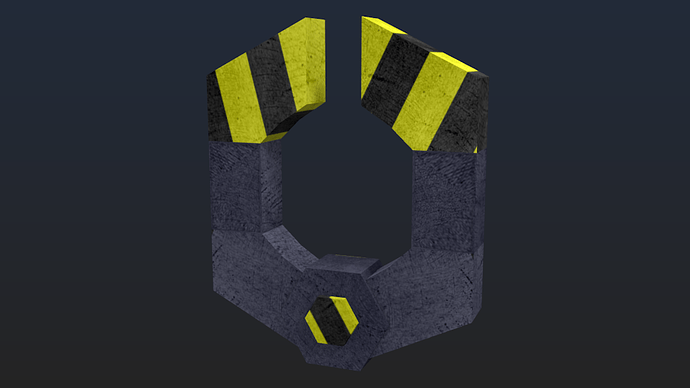 Heinrich’s progress is still slow. The subsurf is really killing certain parts of the model. I’ve started modeling the body, but it’s not in proportion yet. I’m still not sure what to do with the hands though. I did give him much better/sinister looking teeth- and they’re only four faces each. 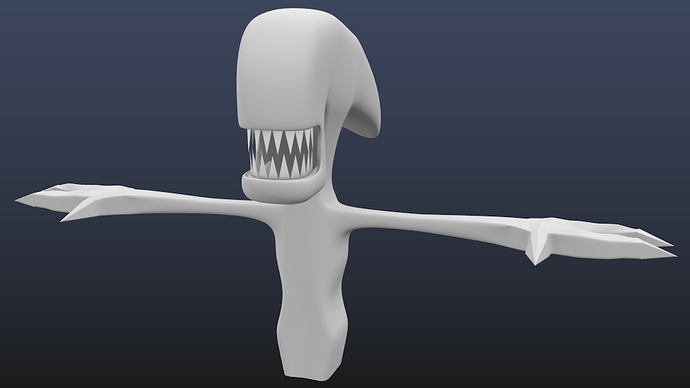 By the way, any suggestions/comments/criticism are welcome.

Alright, I’ve started modeling the environment. This took me about an hour so far: 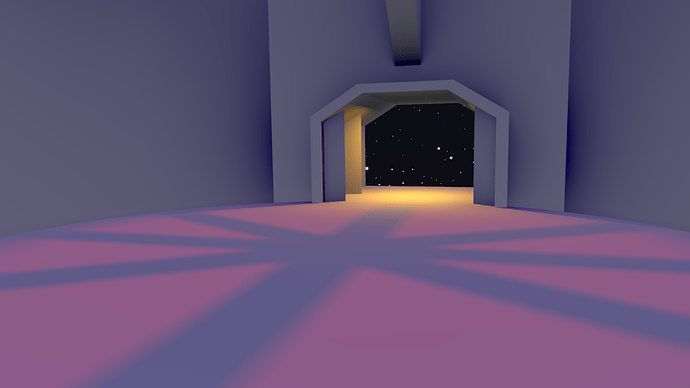 This is the reference image I’m using: http://images.wikia.com/rare/images/1/12/Hein.jpg
I never knew how different the room is in both versions of the game. The Xbox remake seems to have a totally different (and more complex) design than the same room in the N64 version. I’m going to model mine more after the Xbox one for more of a challenge.

The lighting is is a little tricky to match. The main red light in my render looks too pinkish as opposed to red no matter how I tweak the settings. Also, the shadows aren’t dark enough. The render uses AO (set to multiply at a factor of 0.2) and Environment Lighting (also set to 0.2), which might be illuminating the shadows too much.

I did this a while ago and didn’t get to upload it until now, but I’ve improved the spaceship a bit. The airlock is shaped correctly, the lighting is slightly better, and I’ve started to model the air vents above the airlock. If you look closely it looks like a face, but I’m trying to get rid of that. 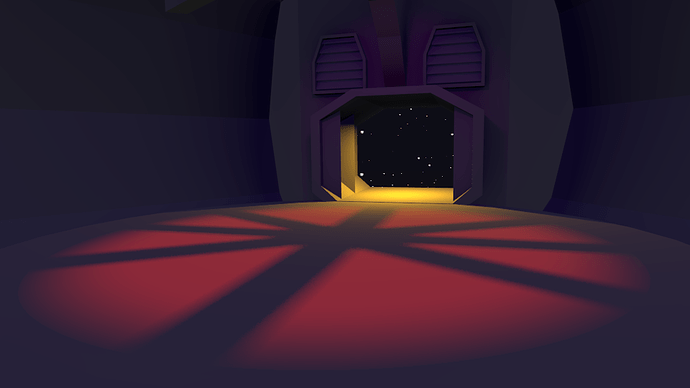 Also, I took the time to watch the box modeling alien tutorial on BlenderCookie, which has helped a lot with Heinrich’s model. I was able to delete all of the unnecessary loop cuts and I’ve started to remodel the claws, although they’re not done just yet.