can anybody tell me how to use python to make a cylinder swing back and forth in blender?

Then for the python:

Simply attach an always sensor with True Level Triggering (pulse mode) to the above script and play with the pivot point of the cylinder and the speed and amount values in the script.

Hope that is what you want.

EDIT: You will also need to add a timer property to the object and name it ‘time’.

Or just have it be a rigid body, have it linked with a rigid body to a static “Axel” and define the joint so it can swivel/(pendulate?is that even a word?)
pendulate?
o well
any way, use Always every X time apply X force or torque and it will move, time it right, and it will swing,
You can make 30 cylinders swing in a chain with this set up

here is a rigid body with torque applied 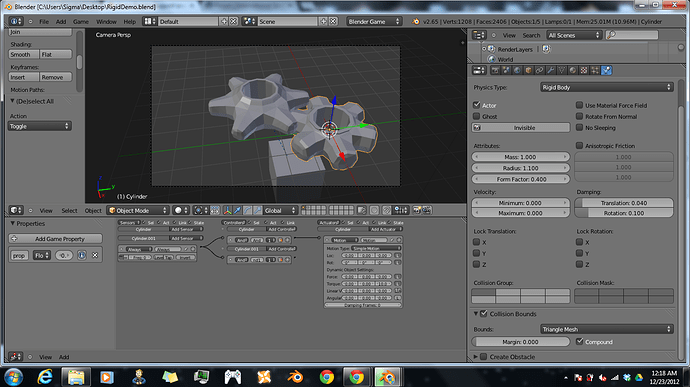