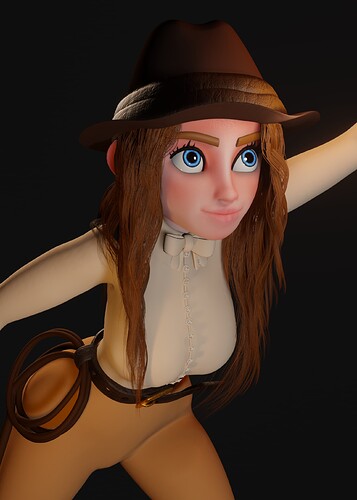 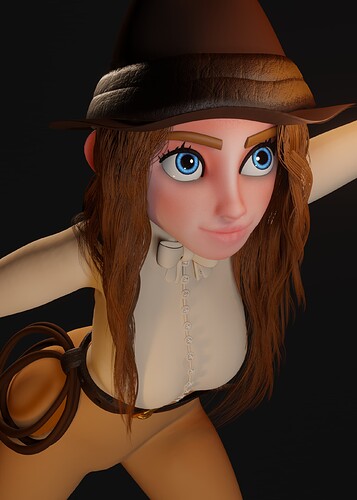 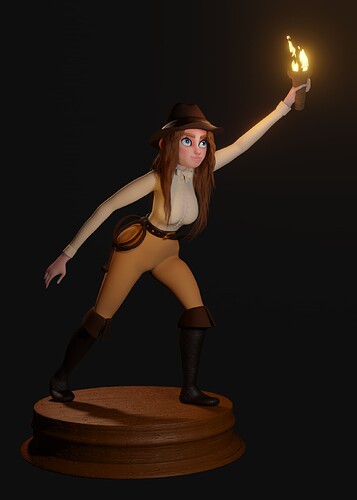 To me, the main thing that could be improved is the hair:

One last little thing, some folds to her clothes will bring much more life and character to her outfit and herself.

Nevertheless, it looks pretty cool, her pose is simple but gets the job done, keep it up!

Can see what @Micharno is saying. I do think she’s great though. The hair as is, can be seen as under kept, under washed. Which as an explorer in a moist cave that would most likely be more interested in the task at hand rather than beauty, it can make sense. Think she’s really cool.

Thank you very much!
I will try the changes you recommended!