Hi everybody,
Its my first posting here so - nice to meet you all !

I need some help for a project I am working on. Here’s a reference of what I am trying to achieve right here, around 1min08 in that video - https://forensic-architecture.org/investigation/the-killing-of-rouzan-al-najjar#resources

You can see a video tracked and constrained on to circular line, the horizon, projected in a 3d scene. Is it possible to do something similar in Blender ? (I do not have experience on C4D which is used in the video)

Also, do you think it is possible to integrate an image sequence, with the distorsion and data of inherited from tracking, inside of a 3D scene as an object or plane ?
Or maybe having the a camera projecting an image sequence into the 3d scene with the tracking data ?

I did my best to make things clear, if it still isn’t tell me and i’ll try to explain things better
Cheers !

Cameras were solved as tripod method them projected into a sphere with an alpha, and manually adjusted to match the horizon line. I’ve been doing tracking jobs for a while and must say this is a tricky one, I would avoid unless you’re very familiar with matchmove, photogrammetry/LiDAR and technical data.

I learned projections with this tutorial, but was a simple photo. You will basically do the same from a solved camera, projected into a sphere, using a movie clip, for each clip you have.

Hi, thanks for your answer

Let me formulate it differently : do you know a way to have a tracked/stabilized image sequence inside blender’s viewport ? (not in the camera) 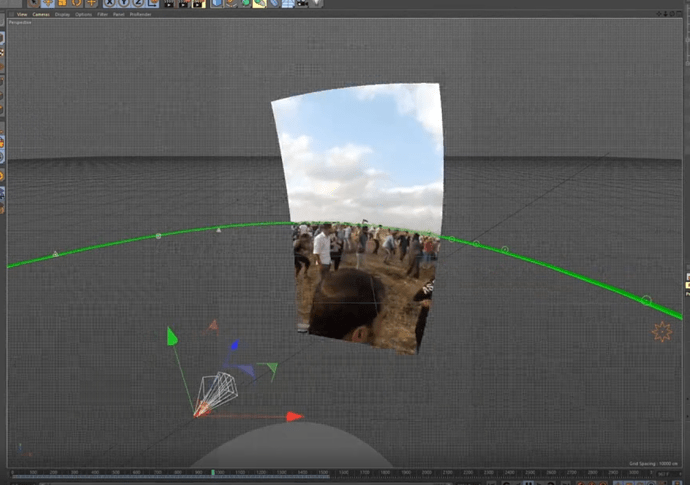 Those 3 cameras were tracked and solved as nodal pan, aligned into a single point, in Blender this is the tripod method. After that, all footages were projected into a sphere for each respective camera. 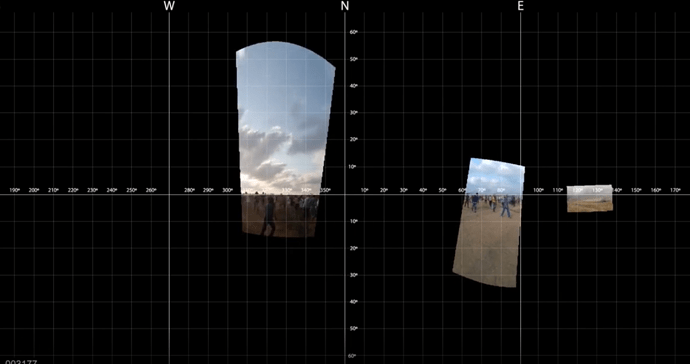 That image is a sequence of the UV unwrap of that sphere with all projected footages together.

do you know a way to have a tracked/stabilized image sequence inside blender’s viewport ?

I don’t know exactly what they did and I believe there isn’t a simple away to do it. But I’m positive their method is very similar to that. Track, project and unwrap, your footage will be stabilized.

Hello Lucas, thanks for your help ! It’s clearer now, i’ll try to catch up from here and will let you know once I have some results !

I recently also was learning camera tracking in blender. I stumbled upon this tutorial and it’s exactly doing what you want to achieve:

Hey Frank, thanks for the link ! It looks like its what I looked for!

However, do you know if it is possible to stabilize the video according to a line like in the reference quoted above ? and not according to points ?