This is different from my other post I made a long time back. I’m trying to make a blend where I can simply paint around like MS Paint, GIMP, Photoshop, etc. Somehow it’s not working. I know a lot of people on here commented around objects being moved along with the mouse and that’s somewhat I’m experiencing with the mouse right now Here’s a picture of the setup for it and the .blend itself. Hope someone can help me out on this! Thanks. 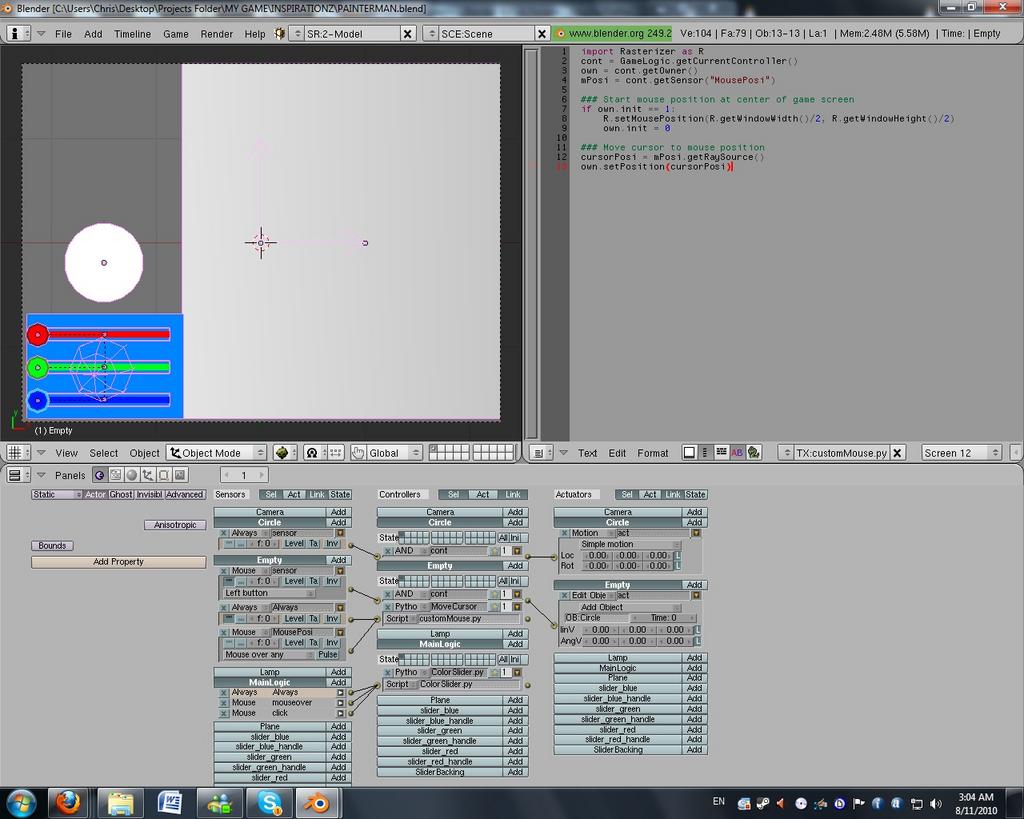 I noticed a couple of problems:

Might be a bit confusing, so here’s my revised version of the script:

Hope I could help you,

Yeah,every picture in the game is needed to modify with technology ,I know that,because when I made a website of tera gold ,the picture in it should obey the right feeling of browser,so if you have some problem ,I can get the process of making it through email to you.

Okay I got it to paint now but the brush size is way too big. And one way I know how to not make it cover over the coloring panels is by having that set to an Overlay Scene.

Good idea with the Overlay Scene and the problem with the size should be solved if you use “mPosi.hitPosition” instead of “mPosi.raySource” in the script. That has solved this problem for me.

Ok the overlay and background scene didn’t work out for me at all. Also once I draw something, the color of the stuff I painted keeps changing. Anyway to fix all of this?

Also I really don’t know how to mess around with making a script go from active/deactive.