Im having a hard time :ba: figuring out how to assign the same Texture space to different objects of my mesh which are identical!

I have 6 spheric objects that were merged together into one mesh and do have the same seams, therefore the same uv layout, but I want them to use the same part of the texture, to basically look all the same and save space on the uv map.

I know that putting them on top of each other does the trick, but this is not a satisfying solution because i might need to edit the UV layout and dont want to approximately align the stuff all over again.:no:

I attached a screenshot of my Uv layout and marked the stuff i would like to merge. 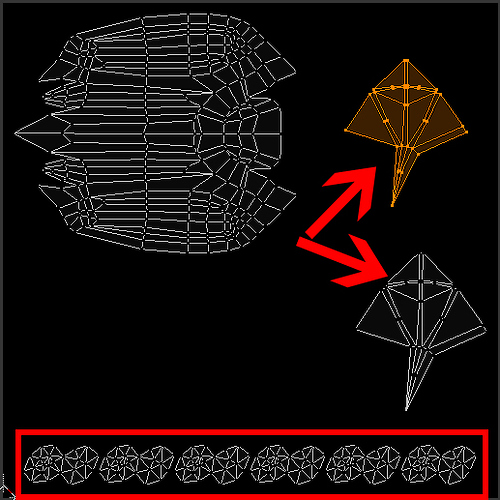 If they’re the same, don’t join them as one mesh but link them. Object mode, select your objects and the one that shares its data as primary selection (last selected) and press ctrl+L -> object data.

Although, I joined two objects (duplicated default cube) that had their own UV’s and after joining the UV’s were perfectly on top of each other. If you want to do it like that, use snapping in the UV/Image editor to get them line up perfectly.