So I’ve got a pretty massive project going on where I’m creating a library of hi-quality LEGO parts for CGI films. The pieces are based off of the LDraw library; basically I’m doctoring up the bricks to a higher quality. So far it’s been great, until I ran into pieces like this. 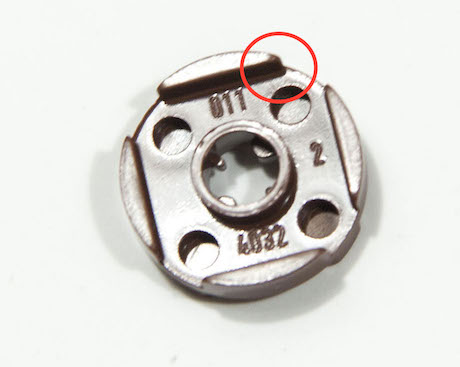 I’m entirely at a loss for how to approach modeling the circled part. I’ve tried using the bevel modifier, I’ve tried isolating the edges around that point and modeling the bevels by hand — just about everything I can think of. The most consistent problem is retaining a smooth, consistent curve the whole hight of the brick. Usually I’ll end up with something like this: 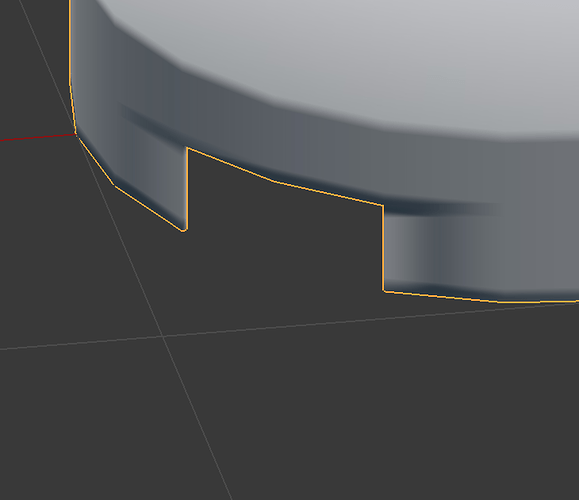 I’ve tried adding more loops around the edges, but that throws off the roundness of the piece (when I apply subsurf, it pinches around the extra loops). I might be able to solve that by simply increasing the amount of sections in the whole piece – right now the piece is about 24 vertices around – but I’d really like to keep the vertex count down if possible. 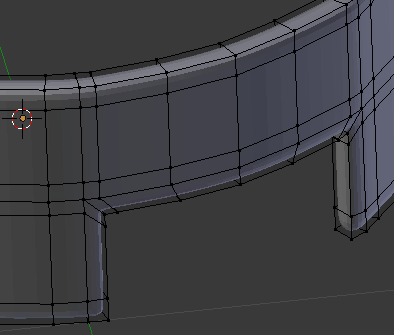 So I tried doing that, and I kept on getting pinching in that area, except it was more top-to-bottom than around. I’m wondering if I still need to do some work on the topology. 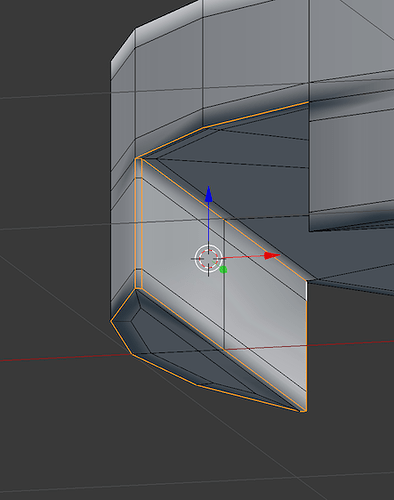 The highlighted edges are the ones that need beveling. While writing this post, I reworked the mesh a little (mostly just made the tips of the wedge shape a little wider). After I tried beveling, the results were better, but I still got pinching.

Here’s how I would approach this.

Look at layer two in the Blend file for the modeling progression.

Basic concept is use as little geometry as possible to start. Tri’s are OK at this stage. Then use edge creases to hold form against subdiv modifier. Proceed by applying the subdiv mod, ( 1 level ) add subdiv mod again, then redo edge creases. Repeat until there are edge loops close to the edges that can be slid close to provide enough subdiv support without edge crease being needed. At this stage edge loops that contribute nothing to form can be deleted, and you are done.
Hope this helps. 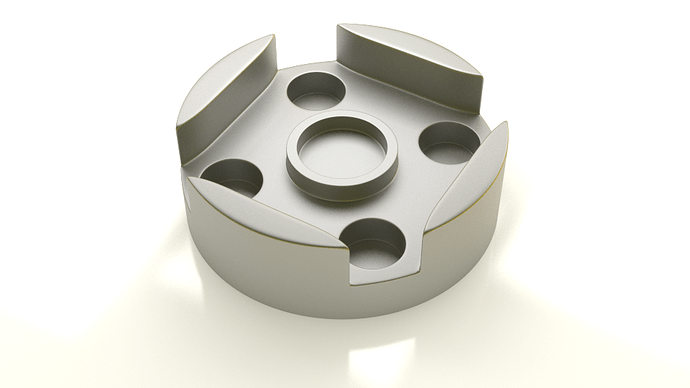