Hi :),
I have been trying to reproduce a node in cycles (without a lot of success, or at least not getting it quite right) that mimics the material of these deep sea creatures.
They are somewhat transparent/translucid beings with a blue-ish diffused color and we can see its entrails and their colors as well.
Their membrane-like skin appears to get less translucide as it juxtaposes itself, giving it a phantasmagoric feel. 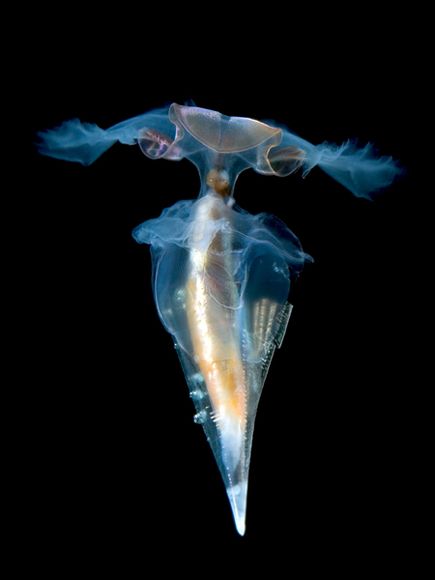 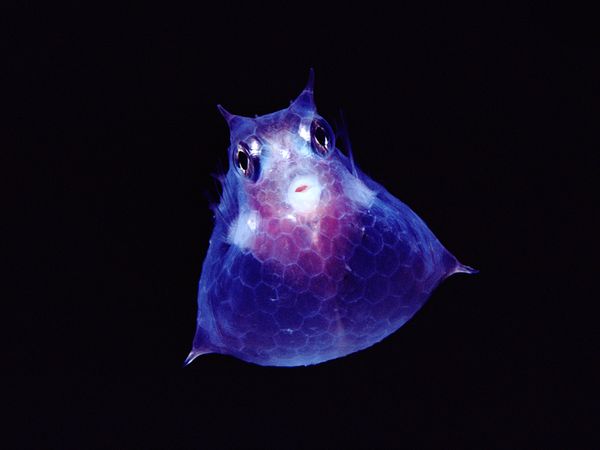 hopefully i’m posting this in the right section of the forum, and would appreciate if anyone has any idea of how to mimic this effect with cycles.
If this post happens to be in the wrong place, please inform me where should I post it.

Thank you for your time and consideration:) 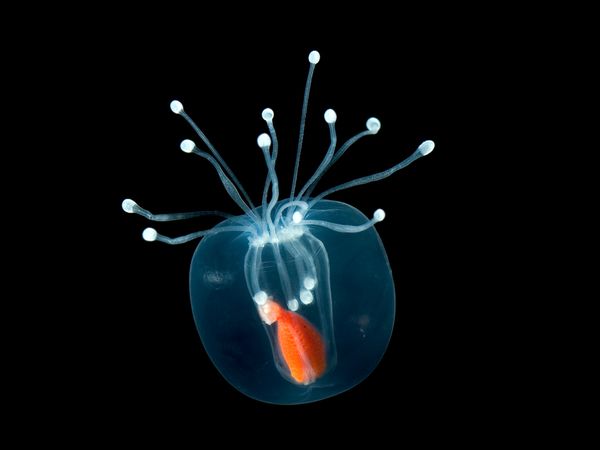 Thank you Moony, thats a very interesting starting point.
I’ll try it and post a screencapture of how it worked.

here are some of the render tests I’ve made so far following the example of the link suggested by Moony
After making a few adjustments myself, it turned out like this:
I used Suzanne as a simple model and made her a little brain or some sort of entrails, so we could see how it reacted to the Xray/Membrane like shader. 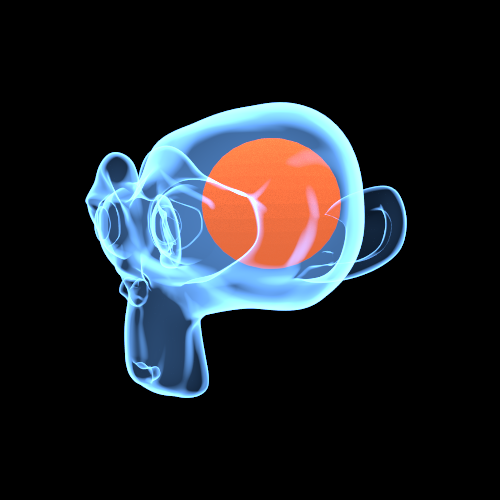 I’m fairly pleased with it. But now I was faced with another problem.
I wanted to invalidate this effect just on the front part of the object, meaning it would be opaque in her face and then fading to the Xray/Membrane effect.
I tried it like this: 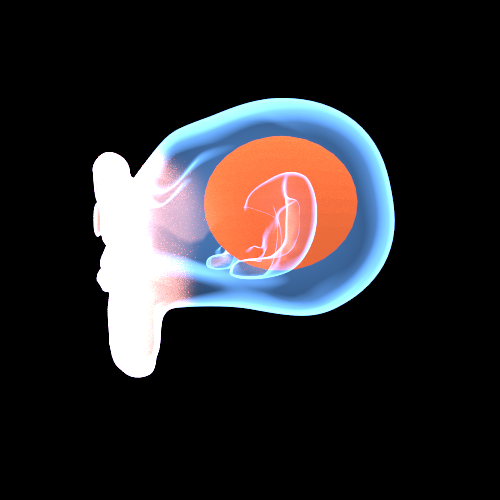 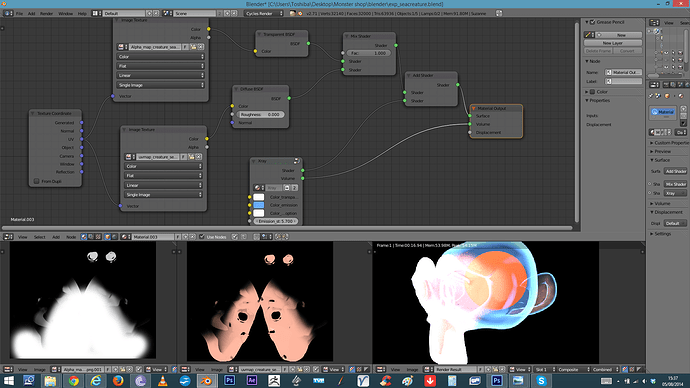 I thought that if I followed the logic of the “Leaf Alpha map” on a basic plane it would work.
Unfortunately thats not quite the result I wanted. As you can see, the painted portion of the face is indeed painted but looks like I still havent been able to invalidate the Xray effect.
The idea was to have an opaque color that fades to the transparent effect.

I might be approaching it the wrong way, or maybe my noode tree isnt just quite right.

If any of you has any idea of how to solve this I would appreciate it.

Thank you for your time,

edit:
maybe the emission energy was too strong
(but I can always correct that)

Use your black and white mask as the fac input in a mix shader node, this will control where and how things will be shaded.