Help - the pinky is screwy in rig

I’m having an issue with my character and I believe it might be the rigging, though I’m not sure.
I have a part sticking out even though I keep trying to put it back in Edit mode.
That actually just makes the deformity worse. 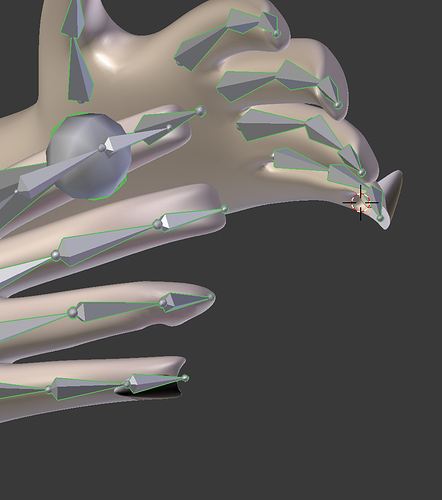 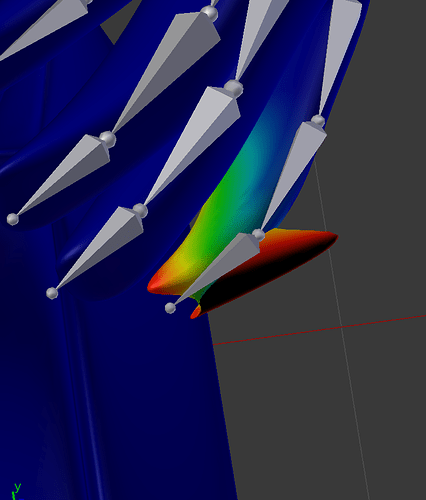 I know there’s something I’m missing but what?!

I hope you can help.

Your screenshots give very little useful information. A blend would be better for support questions.

Things you can check:

Check weights in edit mode by selecting a vertex on the finger and look at the Vertex Weights in the N Panel. Make sure there are no weights from bones that should not have influence.

Check the axes of the finger bones in your armature.

Without a blend it’s hard to say if it’s one problem or many.

Thank you, DanPro.
I’ve already tried the suggestions.
I forgot to attach the blend file. It’s in now.
Hope it makes better sense!

Under Shape Keys you’ve got a bunch of shape keys active so they will have an effect on the editing, to fix it you can simply press the pin (always show the current shape for this object) and select the Basis key, then you can fix the finger in edit mode. There was nothing wrong with the rig, just pull the vertices down in the z axis.

Wohooo! Thanks!
I knew it was something stupid (I’m not used to shape keys yet).