I have this idea in my head for a game. A reasonably open-world third-person shooter, with gameplay influenced heavily by Red Faction Guerrilla (although I don’t want to make a shameless ripoff), but also set in a parody universe with anthropomorphic characters. I have ideas (and where I don’t I will have no problem coming up with them) concerning the story, the character designs, and the kinds of game mechanics involved, and I can model and UV texture the characters and worlds to my satisfaction, but the main problem I have is - I’m completely lost with Python. I can struggle my way through Blender’s built-in game engine parts but as soon as Python is involved I just bog down. So what I’m looking for is any scripters and game engine-savvy people who can look after the technical end of things while I look after the design end (modelling, texturing, animating cutscenes, concept art, plot development, voice acting, etc.).

Some more details about the project:

Basically the deal is I make the characters, you bring 'em to life. Any takers?
Also note that this is still in the concept art stage.

any pics to show? most people wont realy read all your text if you dont show anything bright and low poly. im gonna wait untill more progress is shown and then i will think of joinin.

Hey, I’ll help. I can program pretty well in python and use logic bricks… it would be a great learning opportunity for me. Just post a Blend file and tell me what you’d like done

I did mention that this is still in the concept art phase. If nobody replied or the response was “get lost n00b” then I wouldn’t have bothered, but I have positive feedback, yay. It could be a while before I start turning out blend files though, right now I have a rough character model and a crude texture (along with a pitiful attempt at making a follow camera xD)

Ya some screenshots would be nice

I’ve attached screenshots of some models I’ve been working on since I put up this thread. These are blank models, no texturing yet. I’ve included the player character, a melee weapon in the game, and two pictures of a small part of the world, like a safehouse, with a couple of simple structures. In particular, the level models are quite low poly.

Also I seem to be having this glitchwhere in the textured preview certain faces don’t show, anyone know what’s up with that? 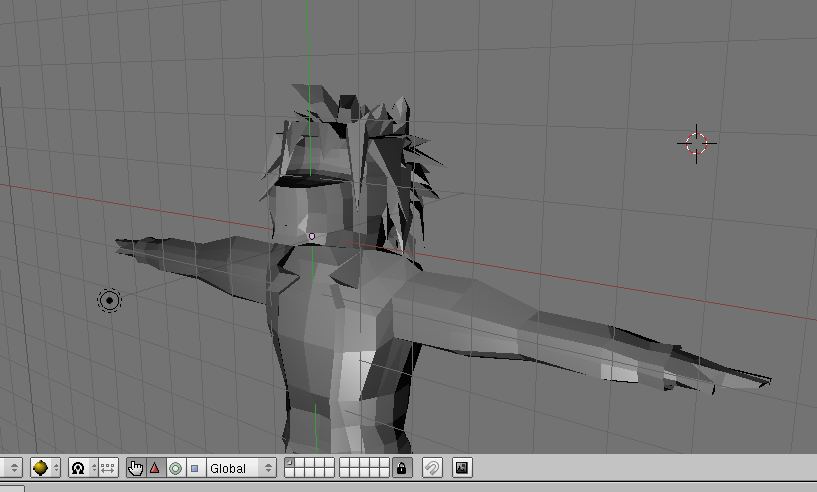 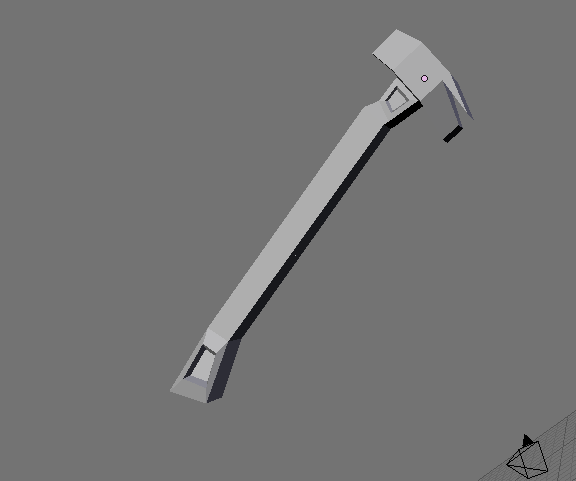 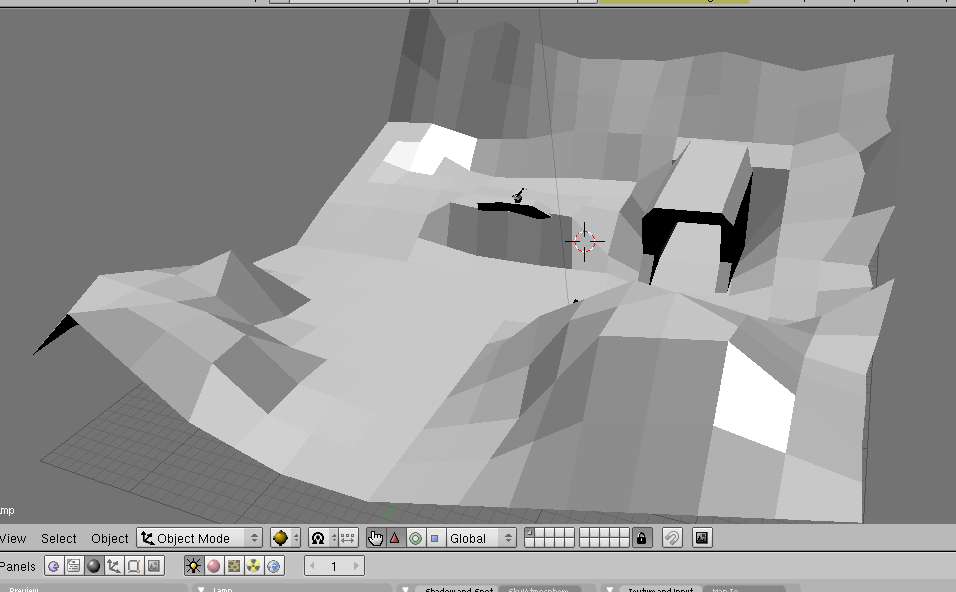 how many faces does your character have?

Also I seem to be having this glitchwhere in the textured preview certain faces don’t show, anyone know what’s up with that?

The face normals are facing the wrong way. Flip them.

The face normals are facing the wrong way. Flip them.

Maybe I could help, I’d like to be a modeler…

Modellers I don’t need, unless I become snowed under with the amount of models that need doing, or I find there’s a kind of model that’s particularly annoying to do. What I’m looking for is scripters and maybe animators.

Gusto-I can srcipt, texture, logic brick, model, unwrap…and so on(in my sig) Trust me, you will be snowed under with the amount of models you will need. I can do anything you ask of me if I have time

If you need anything, just send me a PM

Looks cool, I’d still like to help, i can do python and logic bricks, also quite a bit of modelling and some texturing, so just lemme know what u want done

I’m already working on a game. These are the anthro characters I made for my game. You can use this pic for reference if you want. I can do basic python so if you have something you need I can see if I have made it or if I can make it. Nothing too long or complicated. My game is similar to pokemon with a 3rd person free battle system. If you want ammo to do unique (ubsurd) things, please ask me because I’ll be doing that with my game.

(For clock’s sakes, BA keep me logged on for more than 10 minutes. One of these days, BA. BAM! ZOOM! Straight to the moon. )

I’ve had a couple of other ideas that I might like to see implemented later on in the project, capabilities permitting - online multiplayer and support for downloadable content. Other than that, all I have to do is work through the story campaign to figure out all the scripted events with everyone involved. Also

In other news, 1/4 level areas sculpted out without buildings, 6/14 weapons modelled, 2 of the main characters are modelled plus two bases for generic extras, script for 5/12 main cutscenes have been written and most of the in-game dialogue between them, and 4/9 in-game music themes have been composed.

Sounds Great, i’m quite far into making a vehicle script that switches controls when you enter a vehicle, so that will beout soon (right now I’m just using a cube for the vehicle)

We’re all in the same boat, unfortunately :C A project this size is going to be a long one anyway. I’ll get some stuff over to you soon - a character model, a vehicle model and a world to play in.

On another, who’s good with particles?

Sorry i didn’t post earlier, but college takes president over my other things. I have one weapon working and I’ll be working on the other two later.