Help with Actions in the Game Engine

Hello everyone. I’ll try and be as descriptive as possible. I am trying to create a simple walk/run action for a character in the game engine. I have created my character, gave it armatures, created a walk cycle and assigned controls. And in the game engine he is moving. YEAH! ok, my problem is that in the game engine if I create/assign a action lets say to “punch” my character punches but, does not affect anything. When I turn on the physics monitor I notice that even though I am throwing the punch the “physics” of the mesh are not moving. It simply shows my action being performed but, the original mesh with the physics is not moving. I’ll try and attach a screen shot to show you what I mean…
If you look at my cheap character you’ll notice that his right arm is extended forward but his orginal position (in green box) is still in the same position. If the bounds are not moving how is a melee type of action created?

Okay i think it’s an attachment. You’ll see the black arrow pointing to the original position of the mesh but the character has obviously moved.

I hope this makes at least a little bit of sense. Thanks in advance for any help! 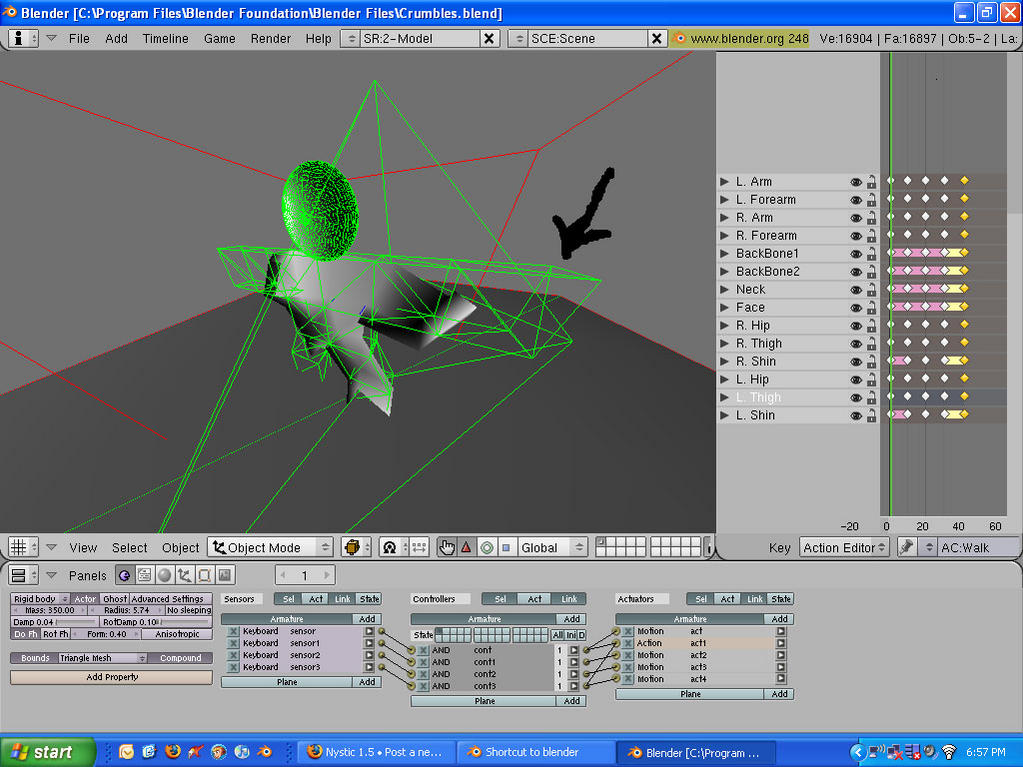