I’m fairly new to Blender. I do most of my modelling in Rhino3D and I plan on using Blender as my go to render solution. I’m working on a parametric workflow for city generation. The output in Rhino3D are simple mesh boxes which I then detail in Blender using Nodes. The problem is I simply cannot get a handle on the UVs from the imported Rhino meshes whichever format I use. The materials I’m creating work perfectly with Blender native box meshes. Below is a comparison of the same material being applied to both blender meshes and a imported Rhino mesh (selected). Has anyone tried working with geometry from Rhino? Is there a way I can fix UVs from the imported geometry so that the material works the same as it does for native Blender meshes? 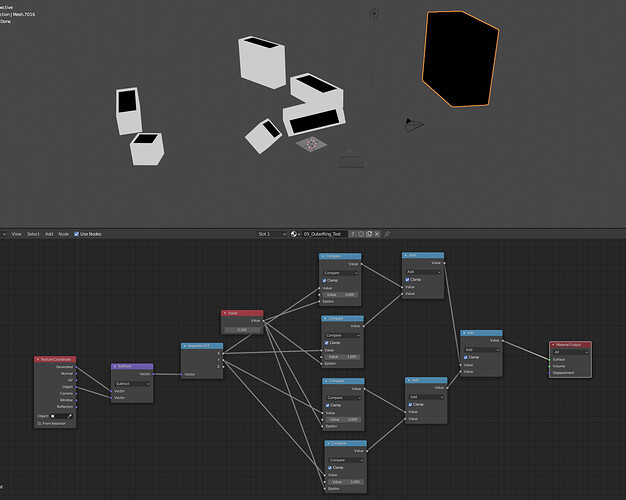 ? are you exporting from Rhino or using the Rhino to Blender Plug-in?

I see nothing updated from June of 2020 from GitHub and as it stands now the plugin does not support exporting of UV’s.

As far as your node tree and the UV…check the Imported UV on the Rhino object… it may not have one…if not unwrap using a simple Bow Unwrap or just Unwrap…and check it against the native blender UV’s, the Object into the subtract is probably the problem so if you check that the import has a UV map it should fix it…

Hey! Thanks for replying.

I have tried .dae, fbx, .obj and also the rhino to blender plugin as well. There’s actually a newer version from october 2020.

Sorry about the subtract node bit, that was left over from me playing around with nodes to try and get it solved. I’m actually using just Generated as input for the getting the UVs I want.

I think the problem is related to Bounding Boxes and how they affect texture space. I made a separate file where I actually just exported the individual BBoxes of the mesh (created in World coordinates) and I actually got a correct mapping as can be seen below: 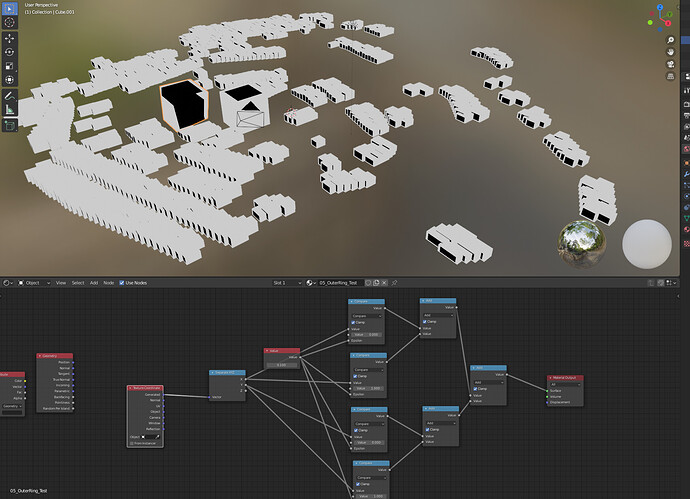 The box with weird mapping is a mesh from Blender which I sheared. So I think the problem is less an import export thing and more of a how do I get a good mapping with nodes on an object which isn’t a perfect cube / prism (most of the rhino objects aren’t) which is a bit off topic I guess so sorry about that.