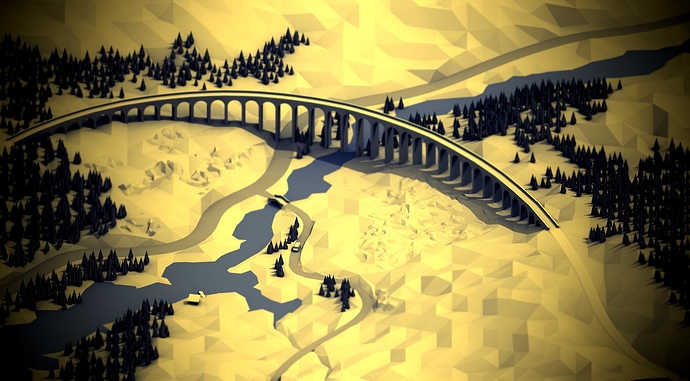 vaduct-5k-blur.jpg2300×1271 238 KB
I’m experimenting with a realistic low poly style and achieving ‘depth’ with an orthographic projection; kind of a fake model look. I’m reasonably happy with the results, but I’m struggling with textures (something I’ve never really played with in anger) and colour in general.

Does anyone have good pointers on doing meadow grass, brush etc on a large scale. All the texture images I find are designed for smaller scale and look terrible when used on something this bit (lots of repetition), and my attempts to use noise/clouds with Cycles are just as unconvincing. 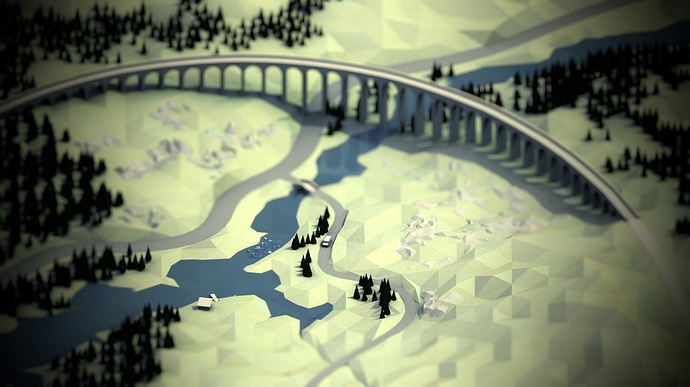 After some searching, and playing with material colour ramps I came up with this - better, worse? What do people think?

Actual a bit worse than the first one. I’d rather would go with no.1

Thanks for the feedback, I kind of agree. I keep playing with different looks but always come back to a yellow tint B&W. 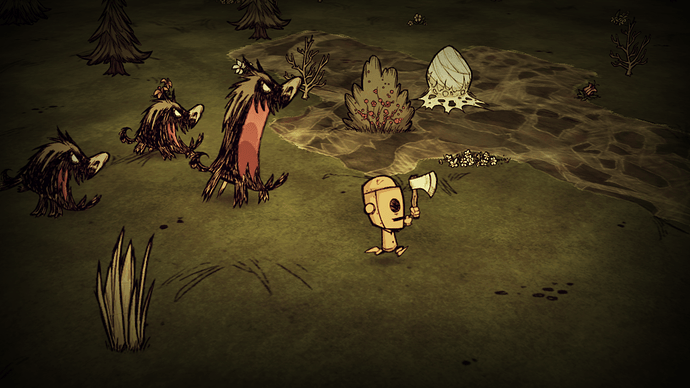 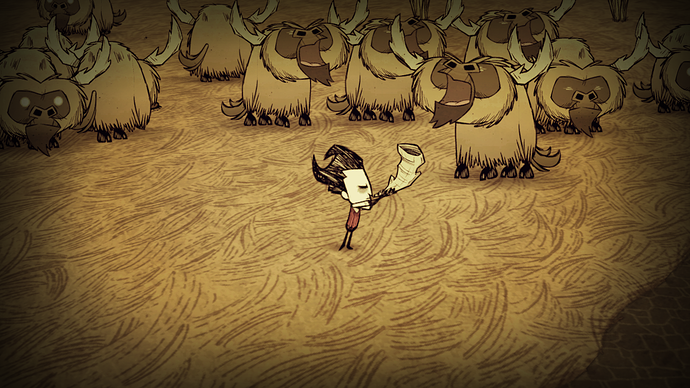 I think finding some reference photos would be a good start, the first one on http://www.countrysideshow.co.uk/ shows a UK style countryside.
The fact the trees all look the same (besides variations in size) and there are no bushes. With different fields, there may be different colours depending on the crops that are grown.

Good thought; I plan to add lots more detail e.g. other styles of tree, bushes, fences, telephone wires but was trying to sort the group effect first … but you might be right, having that stuff to separate the ground a bit would allow me to vary the colour of different areas without it feeling odd.

It’ a bit odd I’ve not thought to look at photos to solve this problem, particularly considering the scene is loosely based on a real place: http://www.hellfirepictures.co.uk/pulsepro/data/img/gallery/aerial/04GlenfinnanViaduct.jpg

I’ll add some more details and post an update. Thanks