here is a great way of improving blender (VERY PRACTICAL)

so, instead of having people complaining about this and that, i have a suggestion as to a very practical way to improving a program like blender,
people always groan at others and start to point fingers to as everytime they meet a problem (this is what humans are), this gives no space for the programmers to focus on the biggest/common issues

so here is what we (should) do (well, for cycles):
every month, a real life picture would be posted on maybe blender artists! (maybe if programmers are feeling like so to improve the fluid system, they would put a waterfall)
then we would have people to recreate that exact image (replicate it) from that picture, the more people doing it the better, so then, problems would start to arise, maybe the fuild system has certain bugs, or maybe certain buttons could be easier to find because they just press that all the time, maybe people want more control over as to where the fluid would go so that they can recreate that particular image,
after creating it, they post their results (so that programmers can see what is blender lacking to create that image if there is any) and then state their problems arised when doing so and how they solved it, therefore programmers can be more subjective,
it would be best for people to record how they made that final render from begining to the end, and then post it on a video hosting website, then programmers would choose the best one, and the beginners can look at how to make a complex scene and learn from it

I KNOW IT’S LONG BUT TELL ME ABOUT IT

And how would this be any better than people just reporting bugs/issues they find in their personal projects as it is?

I think that would be an interesting way to suss out problems in a specific thing. Almost like how the open movies reveal workflow issues, but on a smaller scale. I think that just trying to match a photo might be a little too broad.

Having a very specific task, like say “make believable smoke rings with the smoke sim” would help to identify issues that users run into. it would be very dependent upon users giving useful feedback though. Outlining their workflow and work arounds. By having everyone share their process, it would help users to better understand how to use the tools, but again, keeping it simple is key. Nobody wants to outline their workflow on a project that took 5 days to complete. Little technique vignettes.

something like this should work if want to suss out some common problems for basic translation animation:

or if not, trying to find something in smoke/fire simulations something like this would work (i think)
http://www.alaskancampfire.com/sitebuildercontent/sitebuilderpictures/campfire.jpg
just a few blocks of wood + fire

in responce to the statment of there is not difference to as to what blender is currently doing is that:

Yeah… that was kinda what I was talking about when I said “Nobody wants to outline their workflow on a project that took 5 days to complete.” It’s kinda silly to post a youtube link of an animation that I’m sure cost thousands and thousands of dollars, a whole team of artists, and probably months to produce, right next the the phrase “basic translation animation”

I think this would be a better example: 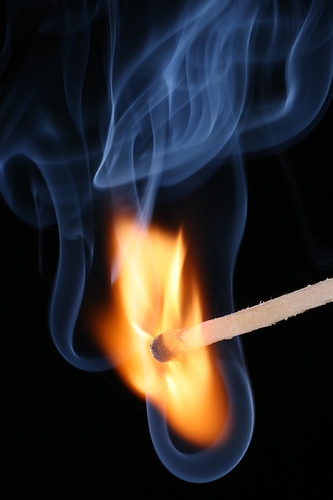 It has limited scope, there is very basic modeling, just a few textures required and a limited set of effects. But it still has a very

Nobody is going to be inspired to try to recreate a minute long super high budget animation. It needs to be approachable, or nobody will play along.

I think thighs is a great idea actually! It’s like focused beta testing where you use it in production. I like it. Even if it turns out to not have any value to the developers, it has value to the community. Count me in. I’ll start on the match image. The only issue with doing smoke sim though is that currently the only way to render it is with BI. Any workflow issue you may have that has to do with rendering (i can think of many off the topof my head) will probably be put off until we can render in Cycles. So that part of the testing will likely be ignored.

If I manage to get some spare time, I will try recreate SterlingRoth’s image as well…

Do you have idea how could be this event called?

As usual I’ll be blunt, I am sure some will take it the wrong way. But let’s face it:

The thing in question is how useful the feedback from such a project would be.
There’s a reason why the BF picks people for their open projects and not just let everyone participate.
You don’t just grab in a random pool of enthusiasts, you need people who know their craft and got an idea whats good practice and state of the art.

If anyone’s allowed to participate, who evaluates the quality of their feedback without evaluating their skills first?
Usually those most enthusiastic are those with the least skills and no idea about any good practice. Just look at all the bad tutorials on Youtube.

And increasing the quantity of participants or the frequency of such events will not increase the quality by any means.

@arexma
I believe that the feedback here is not ment to be as individual as you see in bug tracer / feature request. Instead when developer would scroll through many entries and see bad quality of results with repeating complaints he knows that something is wrong.

Also for clarity I propose that the event should be splitted into 2 threads:

This isn’t a bad idea. How about “Workflow Runthrough”, for about a week, and then at the end of the week we make a document with the correlating things, both good and bad?

I think it’s a great idea, make a group to work on a feature with devs and propose the result to the BF.

There is a good result and I’m agree with the porpositions on it.

After, I think It will be great to work on the most urgent features needed before making other new tools.
Or finishing the existing features and improve them before.

Then after that, we could work on new features.

I think once in two weeks would be optimal

This seems like a good idea. There are a lot of common and seemingly simple things that are actually almost impossible for a serious project (or at least I couldn’t figure out reliable ways to do them).

One example is making an animated character that wears draped items (like multiple necklaces or draped cloth). Just trying to cover a 2 meter animated character without obvious hovering or falling through over the course of an animation can be a mess. Doing any type of realistic muscle deformation is also incredibly difficult.

I have to say, I completely agree with Arexma. It’s great that you’re trying to help out and make Blender better, but Blender is already getting better at a really fast rate. It’s not like developers are short on ideas or things to do. They are short on time and resources. So if you want to help, find a way to donate those things instead.

Well I think at it’s core the idea is to do a sort of beta testing or usability test for the developers to get valuable input in real world situations.

I’ve said this before, but I think it’s worth repeating here, one of the best examples of this type of approach was with the development of the motion tracker. Sergey and Sebastien were like a dream team of developer and power artist, the resulting functionality and usability is outstanding. Wouldn’t or shouldn’t this be the norm as opposed to the exception? This saves everyone’s time, and spots short comings as they arrive.

Just to be clear, I agree that the people to point out these issues need to be experienced users so the results can be considered valid.

To me it’s quite simply, there are 3 ways that are good practice nowadays:

The way I think would work best:
One fairly experienced and knowledgeable Blender user as Host/Moderator.
A discussion thread where noob-errors, weird-but-known-behaviours, and known bugs are sorted out from TRUE issues.
If the moderator (or anyone else) can’t make heads or tails of something, it’s probably worth taking up with devs.
If many participants stumble over the same block, it’s probably worth taking up with devs.
Confirmed bug reports filed consistently by the Mod would be ideal, where hardware allows it. “The needs of the many…”

At the end of it, the mini-project can be summarized into something hopefully worth reading by devs and Blender users in general.

This would maximize crowd-based troubleshooting (and heads-banged-together solution finding), increase the number of found bugs that actually get reported, and cut down the ratio of “bad” bug reports. It would also provide a situation where bugs could be compared between different hardware and software configurations. Not-really-participants could dive in and try .blends, without stepping into anyone’s personal pet project.

With the large gap between Open Project-progress, input to the Bug Tracker, and unreported complaints in the forum, demanding “heuristic evaluations” and “representative groups” seems rather extreme. Anything that leverages non-dev-effort to get quality reports into the tracker (or informal feedback across IRC/PM) ought to be a great thing.

So, eh… I obviously think it’s a good concept in theory… but I’d be (gladly) surprised if it actually took off.

it’s seems like these’s a lot of negative posts, but there are fair points posted out there and i do appoligize for it, i’m still a noob and i was trying to get some ideas out there, i’m sorry
but to be fair, i’m still in middle school so i don’t really have much exprience for anything