I’ve noticed a bit of an inconsistency or something when attempting to hide the original instanced object that has been parented to another. For example, in the following scene I have a cube which is the parent of an icosphere, and the cube is duplicating the child on its faces. 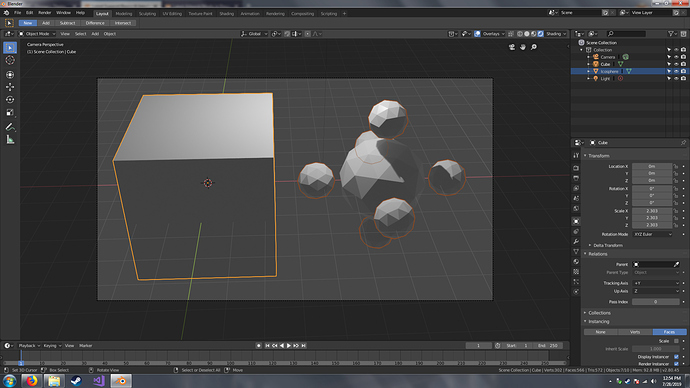 When I hide the original icosphere in viewport using the eye icon, it is also hidden in the render: 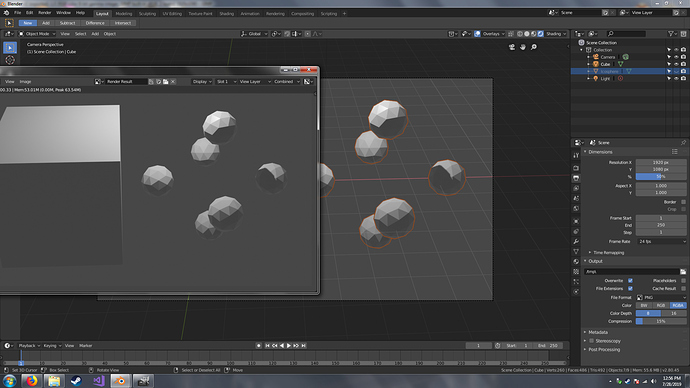 When I hide the original icosphere in render using the camera icon, everything is visible in the viewport (as it should be), but the original and its instances are hidden in the render. 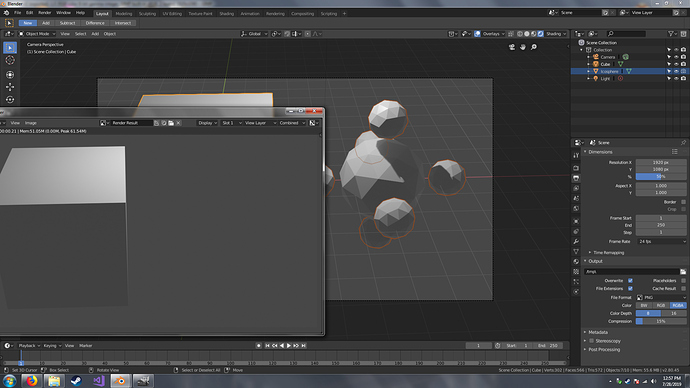 This seems like a massive inconsistency, or possibly a bug. It would seem much more straightforward if hiding the original in viewport with the eye icon left it and its instances visible in the final render, and if hiding the original in render with the camera icon left only the instanced duplicates visible in the final render.

I bring this up because I have much more complex scene with ceiling area lights parented to an array of planes, and couldn’t figure out how to hide the original light while only showing the duplicates.