Hiding faces in a layer?

I had a read through the Beginners book for Blender. ‘Blender for Dummies’, it does contain anything on this for layer movements, it only mentions objects. I guess that means that blender obviously doesn’t have a option to hide some faces?

The alternative is to create a copy of an object, and delete the faces that aren’t needed while getting on with another task and then delete every with the exception of the faces to place back.

My example here explains this, I had followed the video clip which I thought went a little further than I had needed to but I had to try and get the chin area done first, but went to modeling out the head part before the chin. Blenderella tutorial. 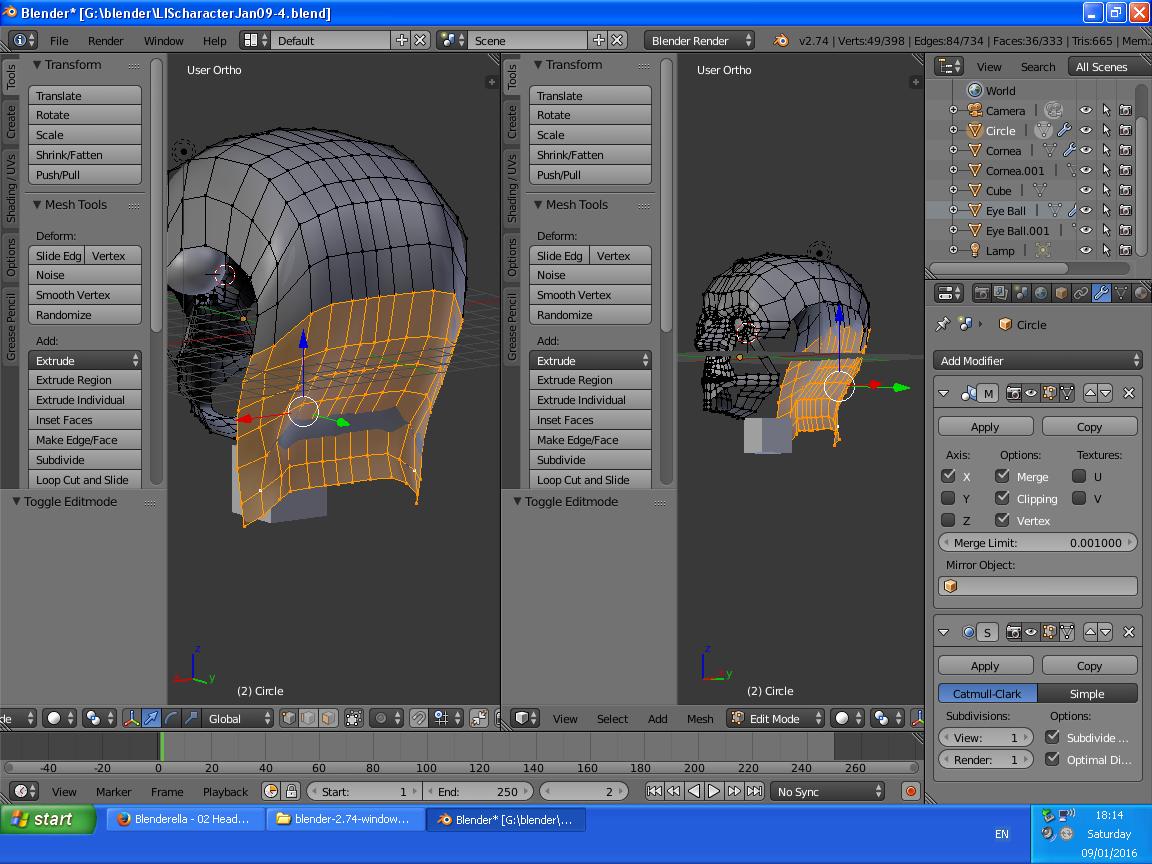 You can use vertex groups with Mask modifier to hide faces in both modes. In edit mode hide vertices is also available but their faces are still visible in object mode.

So I just add the faces into a new group and then select a Mask modifier from the modifier menu. Seems simple enough.

Selecting the faces actually hides the rest of it in object mode.

It isn’t quite what would be preferable.

Selecting/not selecting/hide vertices/edges/faces in edit mode has no influence of visibility of object mode, its all about modifiers.