So last night I started working on my submission for thr Blender Guru competition. I really wanted to try doing a character as I haven’t ever done a character in 3D, so this is quite challenging! I’ve been using Blender Cookie’s 2010 training vids (Modeling Kara) that I baught when it first came out, now that I’m REALLY into 3D, it’s been a great reference to go back to.

Let’s hope I finish before the submisison date, if not, I’ll be continuing this alongside my other projects

I’m doing Hitman, it isn’t my favorite game or anything, but the character imo, is a little “simpler” as he is bald and usually has a frowning expression, so I thought it was a doable subject begin character modeling, of course I’m doing it the polygon way, but I’ve seen some great documentation on the sculpting (and awesomeeeeeee works) on Blender’s sculpt mode, which doesnt look too different from zbrush in terms of how brushes behave, I’ve played a little with brush, so we’ll see how it goes, would be really nice to get soem input guys!

the ears were so damn difficult, edge loops definitely don’t flow well at all in that part, I intend to make a more frontal view so it shouldn’t be to bad though.

Will post a sketch of what i want the final image to look like, for now, screenshots! 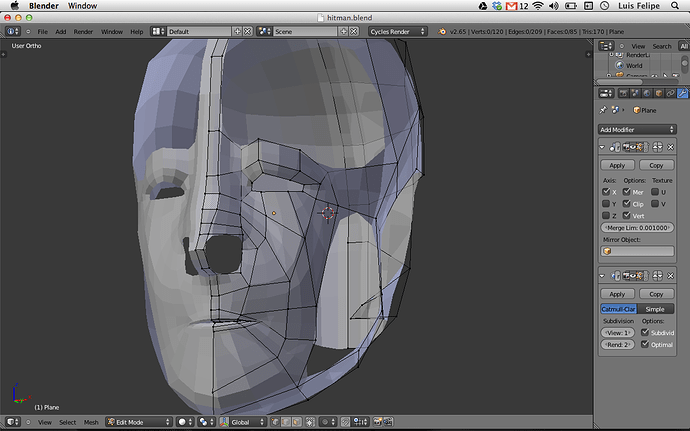 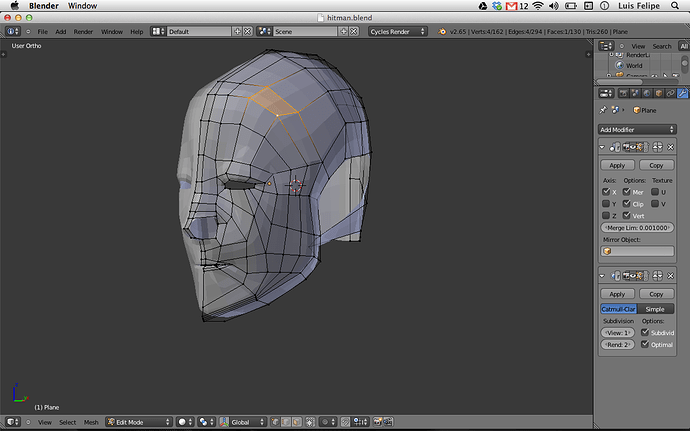 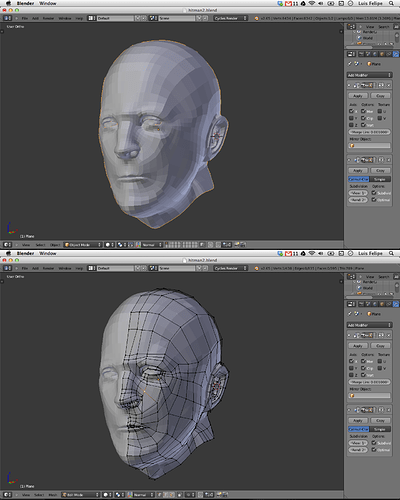 BTW, used this ref image for the head, really handy

Looks good so far! I’ll be waiting for more

Going to follow this, hitman is an great movie. And than i’m not even talking about Jason Statham

Very cool! I can’t wait to learn how to build heads like this.

Hey guys! Thanks for the feedback and support!

the next two posts are today’s updates, I’m only thinking of doing from the torso upwards. by the way, check out anatomy4sculptors.com, great anatomical reference!

Also discovered something I’m sure all of you already know: while moving vertices, by pressing “g” twice, the vertex begins to slide along the edge you want, saves a lot of hassle from having to click edge slide from the pop menu 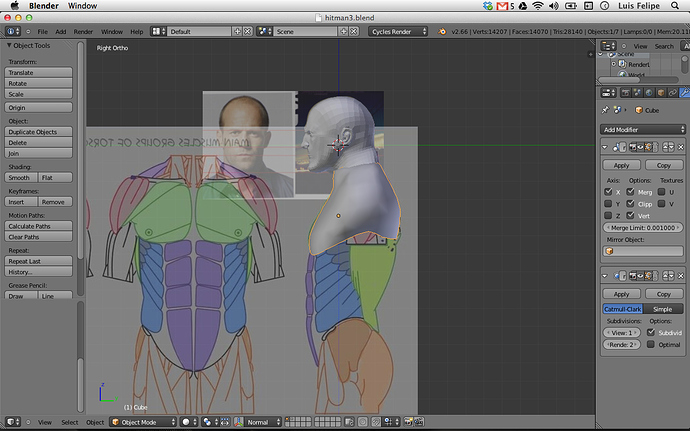 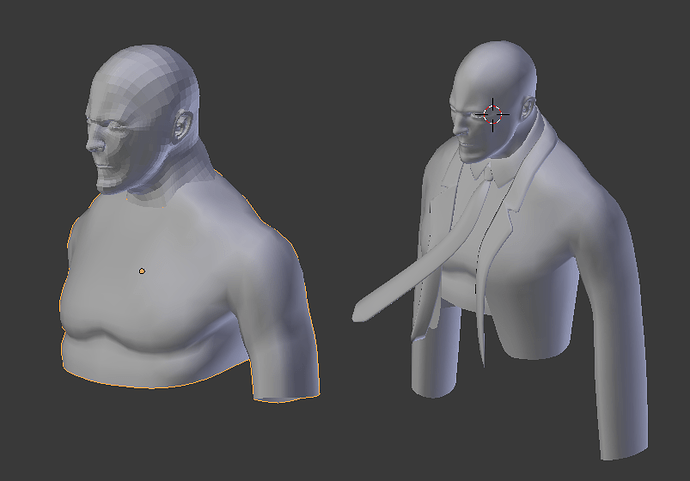 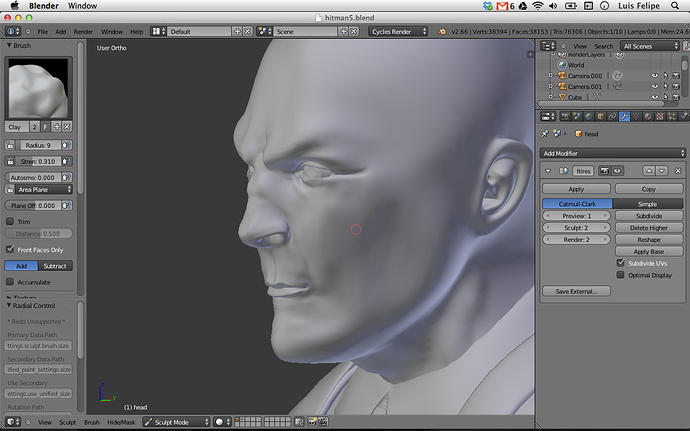 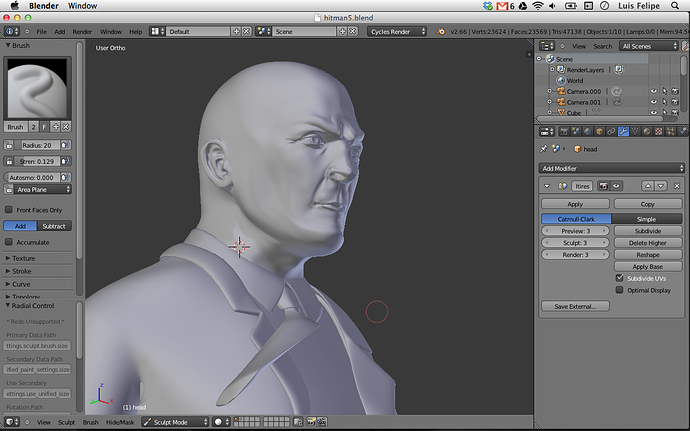 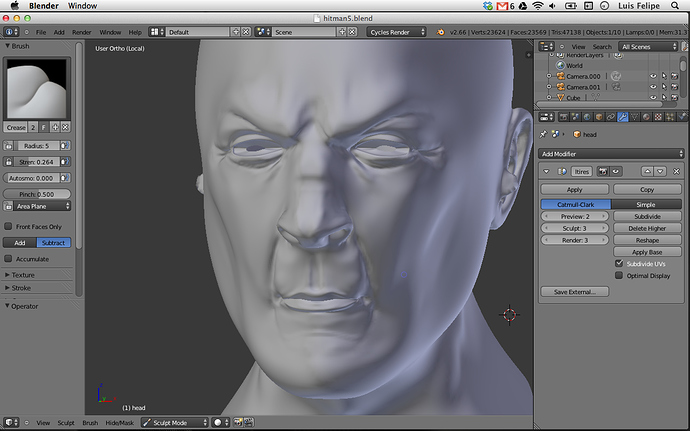 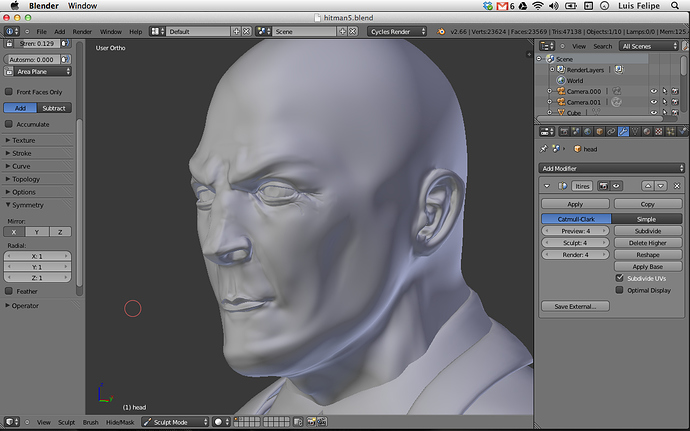 I’ll be continuing tomorrow, there many things to keep on doing! Learning so much from this

Quick viewport render after doing some sculpting on the clothes 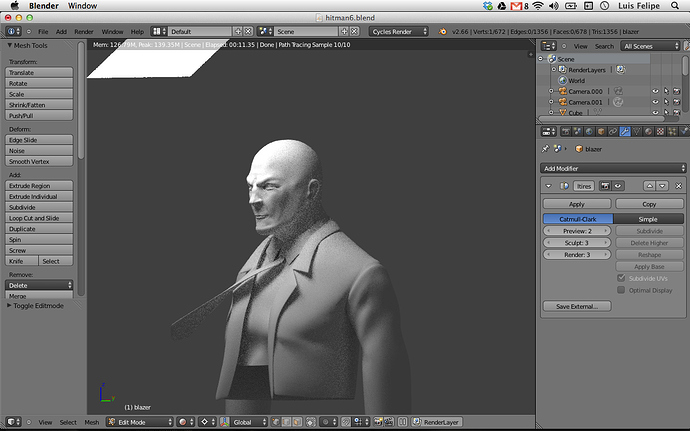 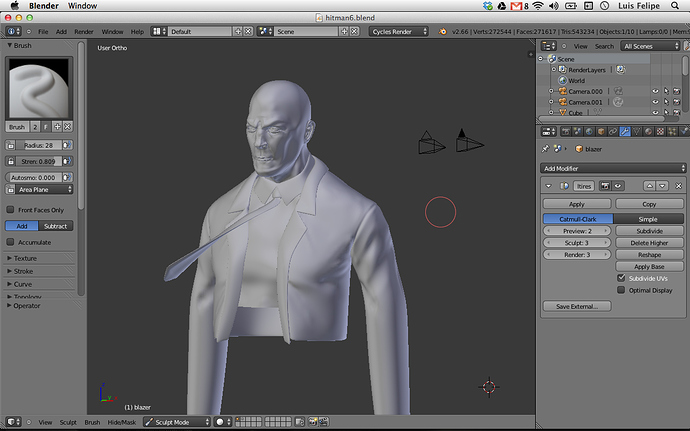 And a quick render, testing out what sort of angle I want 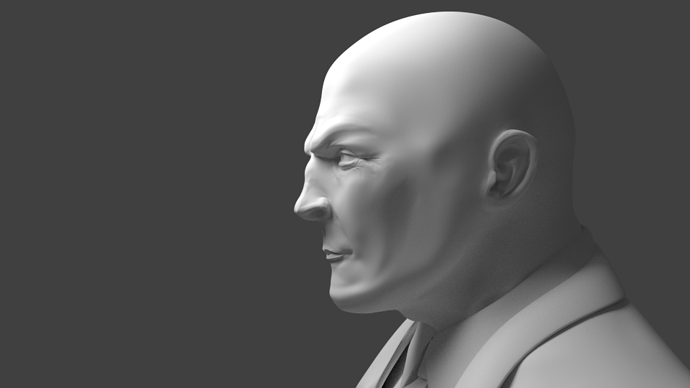 Hi man! Its a great work! Maybe you can fix some loops to improve your model and fix some proportions.

I hope it helps…

@marcellmota just saw your post, thank you so much! I’ll be launching a final render tonight so I’ll do those changes after finishing this post

Here’s the last couple of day’s progress, I followed the skin shader technique that you can see here: http://www.youtube.com/watch?v=rtYXbFzCGcU 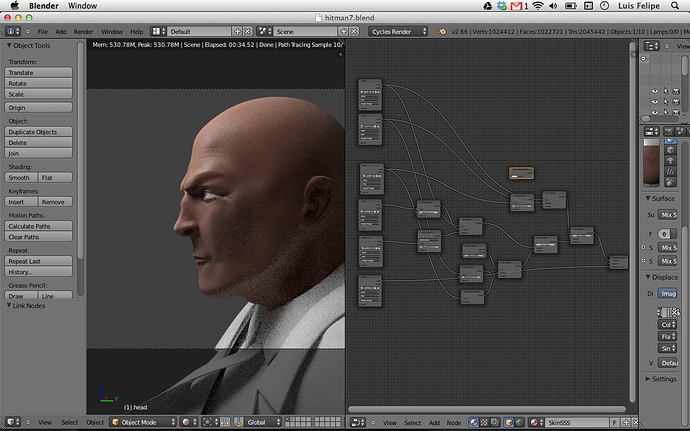 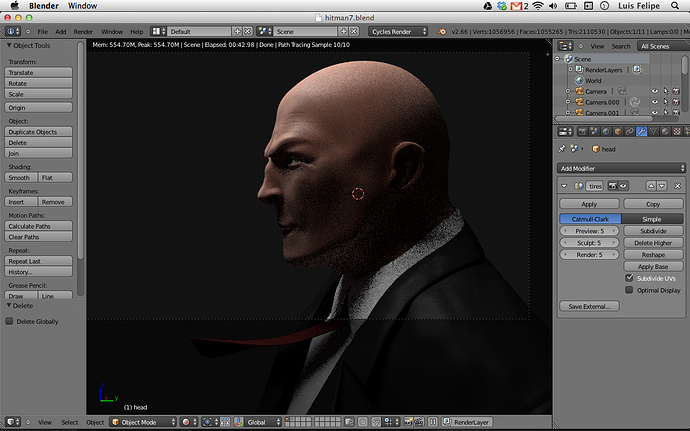 and a quick test with some post production in Photoshop. (colour correction, faint beard and hair, and typical “hitman” shadow on the ey socket area, bg smoke) 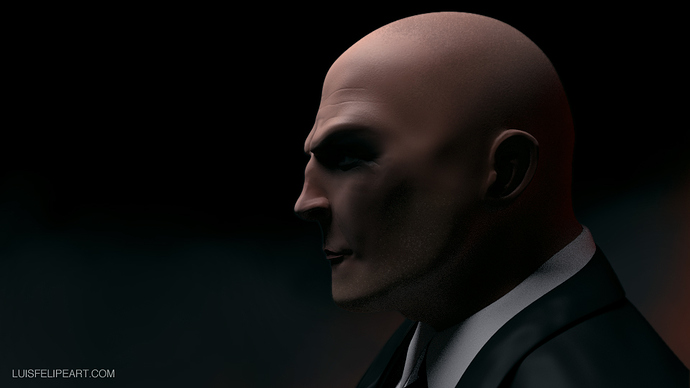 I seem to be having some problems in the cheeck area, almost as if he had dirt on his face, hmmm

Calling this “finished”. there are tons of things that could be improved, in terms of the sin to really bring out the pores and overall modeling and sculpting to create a more realistic result, I’ll leave it here for the time being and submit this to the competition. This was a wonderful learning process, thanks everyone for commenting and giving me feedback, really does help a lot! 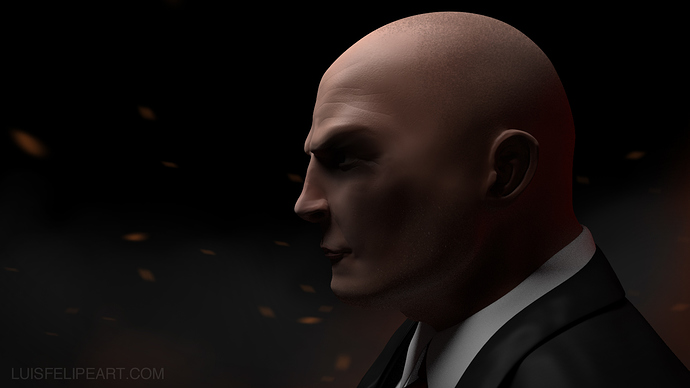