Hey guys, here’s a german hk416 I am currently modelling for a personal videogame project I have (using the Unity engine).

Could one of you weapons experts help me out and eventually correct me? Thanks in advance 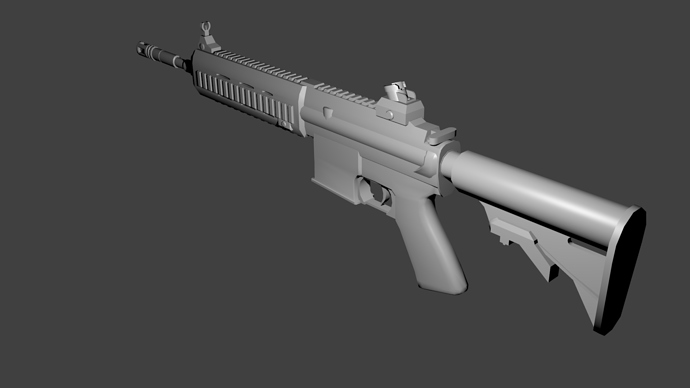 Your handguard looks a little odd. It should be concave instead of convex, if that makes sense (unless you’ve intentionally got a custom handguard). There is no magazine release button or fire selector, which is a big deal if you’re making an FPS. This may be a texturing thing, but the pistol grip shouldn’t look like a continuation of the receiver. Also there should be a bolt between the magazine and the handguard.

Sorry to be nitpicky, but you asked what was missing, and there’s nothing but small details as far as I can see. Good model!

thanks a lot for your reply, I definitively wouldn’t have though about the grip and the handguard thing

I appreciate it a lot 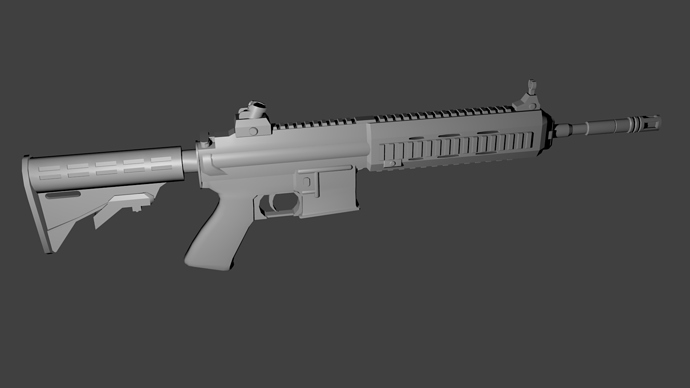 PS: the mag release button was on the other side of the gun, sorry I forgot to upload the right side as well

I know that I have to model the chamber and that lid… for the rest: I don’t know what is missing except for the magazine… And I looked at the reference pictures of the 416… I think considering my current tris count (around 5000) it would be a rational decision to leave the handguard convex :S 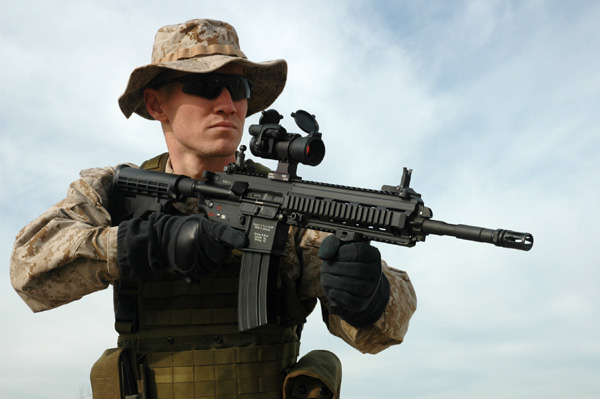 But there are some details on the left side as well. 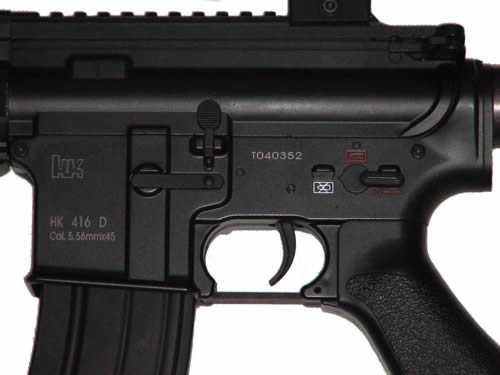 How many tris would you add if you changed the handguard? If you want to save polys, you can make the little ridges on the stock simply be a normal map. People would only notice if the gun is right in their face.

Also you’re missing the forward assist and brass deflector from the right side.

thanks a lot, I’ll work on that as soon as I get some free time