hello people! I present you work in progress of HMS Pegasus, Swan class sloop from 18th century. big sail ship from that era was on my to-do list for some time. while searching for some blueprints and references I stumbled upon a scale ship building forum where folks do the modeling like it was a real ship. that means almost every plank, timber, frame and whatnot is being modeled according to practices of the era. crazy, I know, but what I saw there borders on witchcraft, even for us used to CGI magic - those things are real models.

there I was given the opportunity to create a build log for some guys who wrote the modeling practicum for HMS Pegasus, so I’m making a model by following their books to the letter. book one almost done - two more to go. right up to rigging the beast.

this is where I’m currently at. 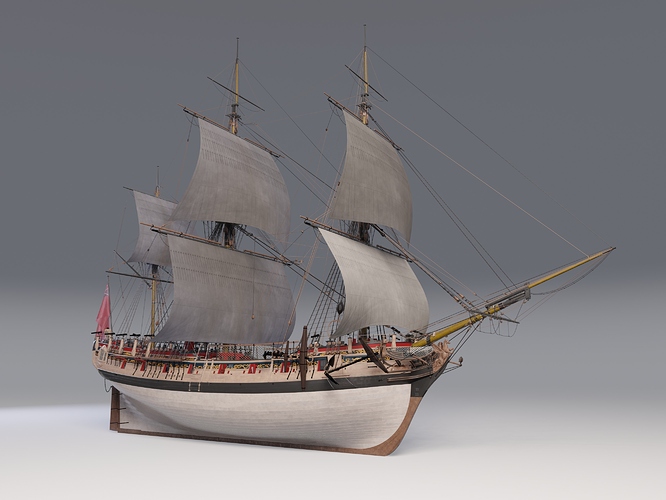 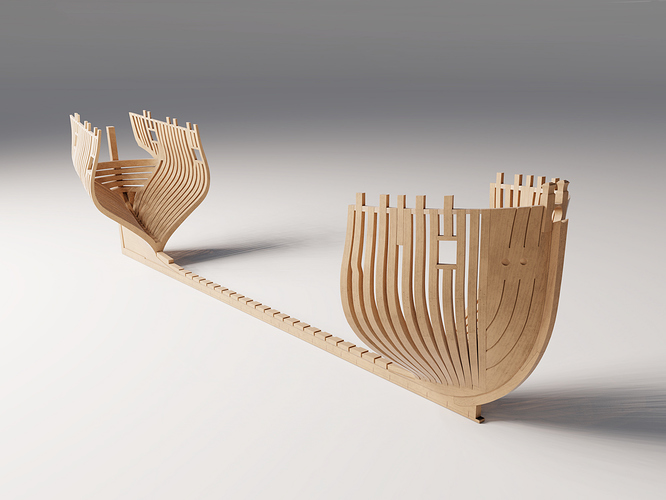 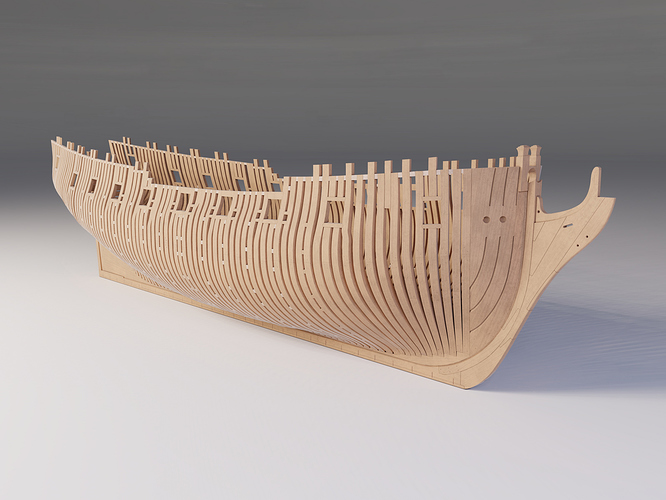 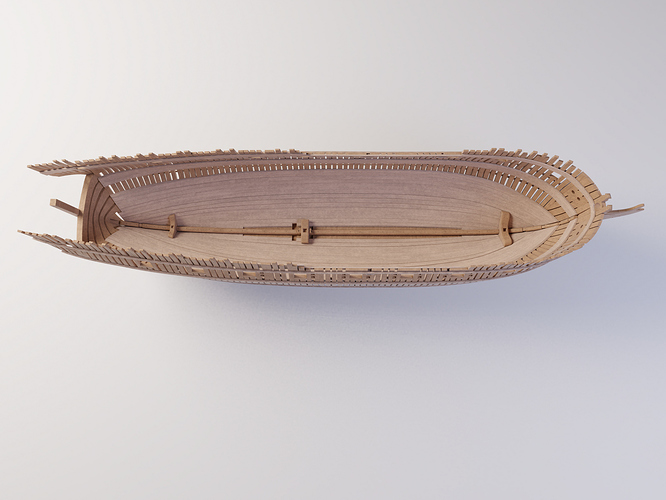 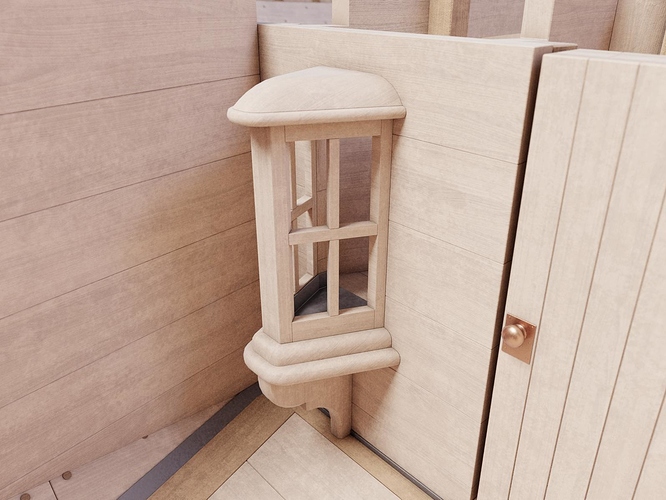 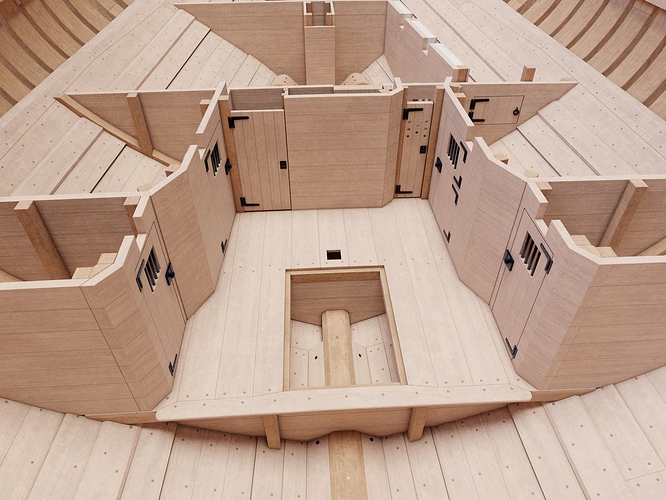 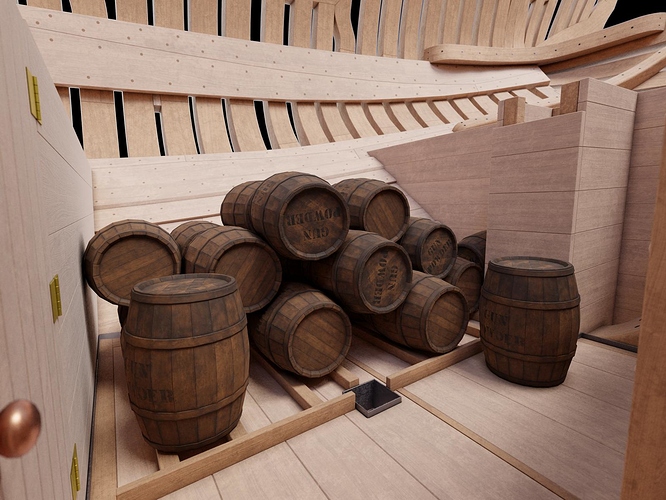 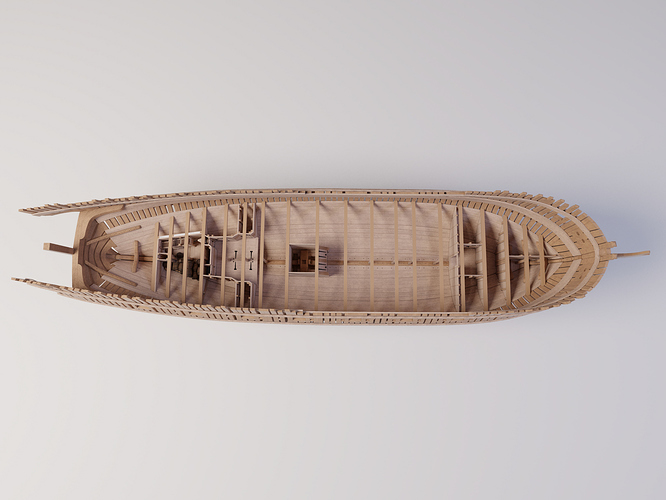 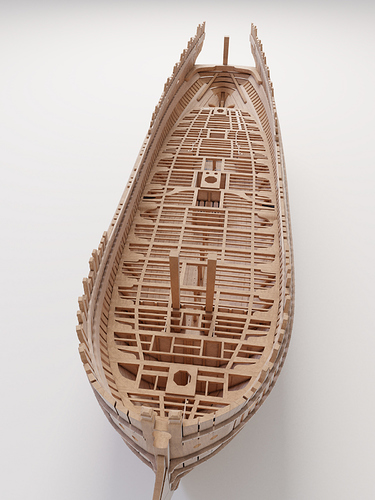 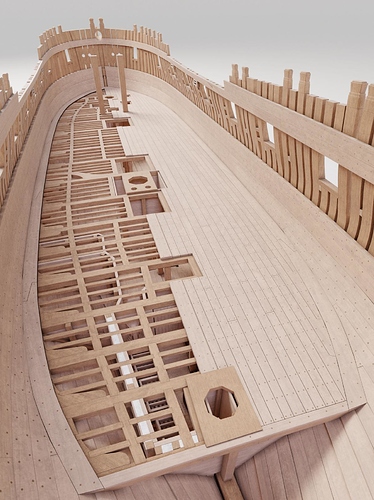 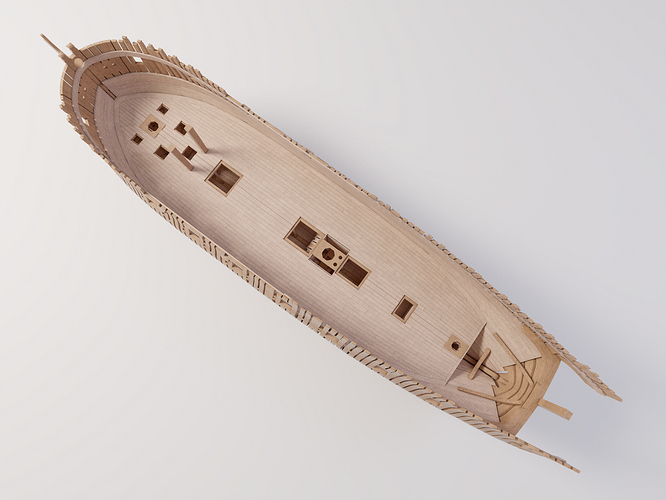 Great job. That is one of the few Blender ship models I’ve seen that actually looks like a ship.

Good to see a project with an 18th century ship once more. Yours has an incredible level of detail. Looking forward to see the rigging and the sails.

This is very cool to see. I was thinking of perhaps starting a similar project with a Canadian merchant marine clipper from nearer to the end of the age of sail. Looking forward to seeing it develop.

Whaoh, thats beautiful. Wireframe or its a real model

thx people! I’m having so much fun modeling this. I thought I would burn out and quit a long time ago. I’m motivated more than ever seeing how it grows toward a full ship. some of the details I’m inclulding are probably an overkill, considering a lot will be hidden behind planking. but hey, at least it can be destroyed properly, LOL…

target polycount: I’ll be happy if it stays under 15mil polygons… 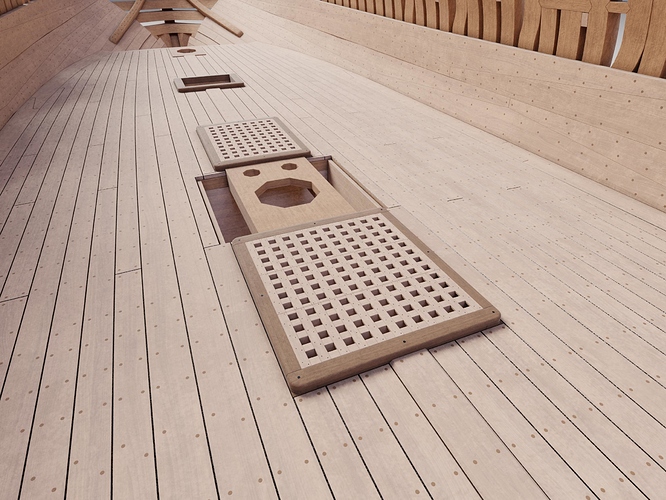 @Lukas: instead of wireframe, how about this? 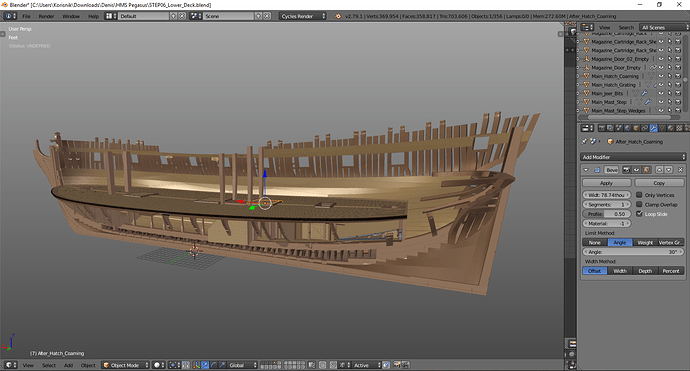 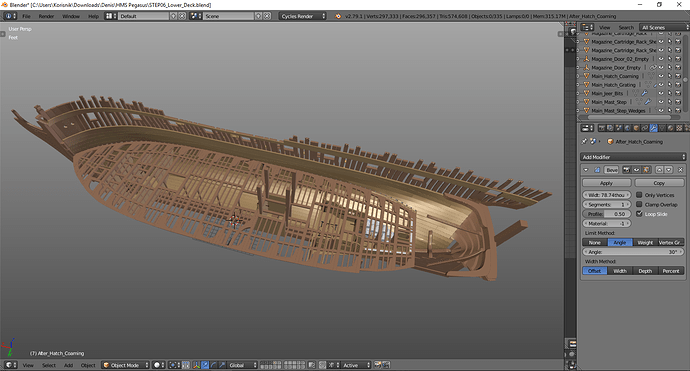 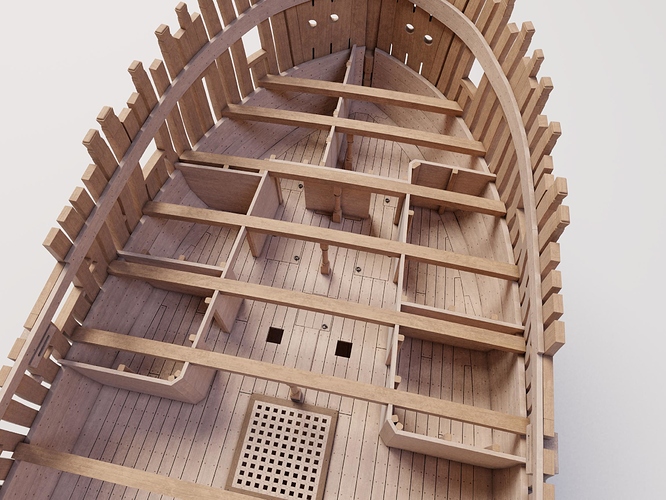 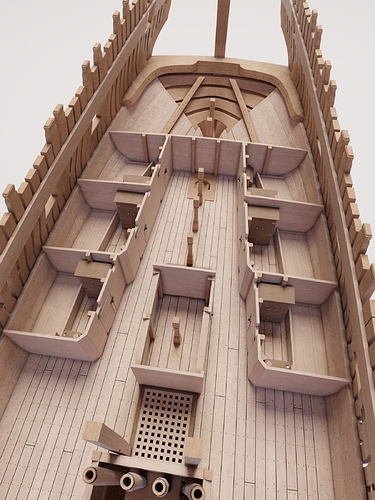 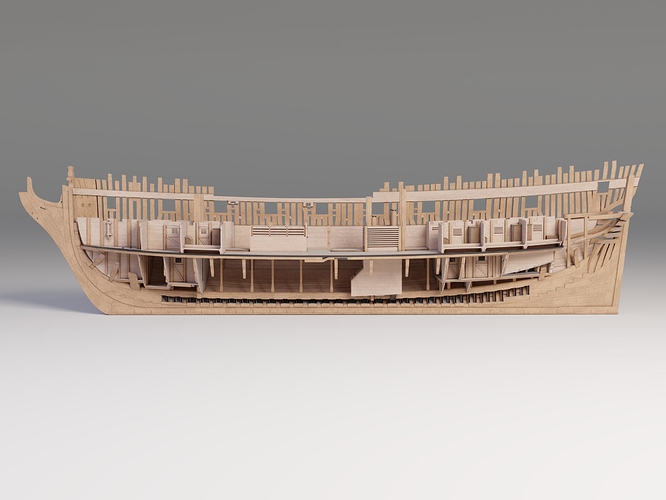 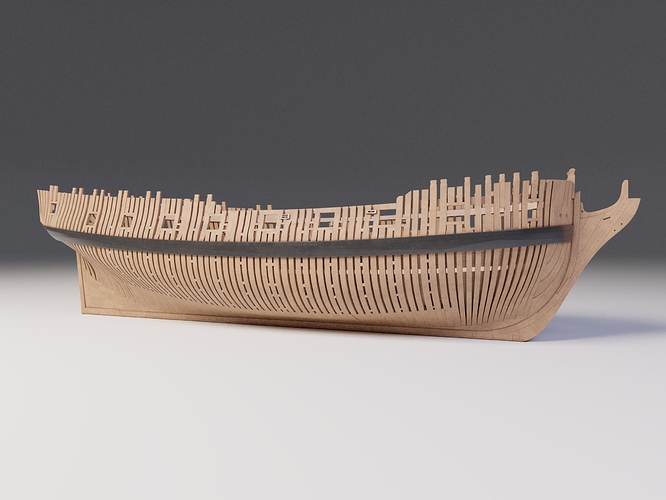 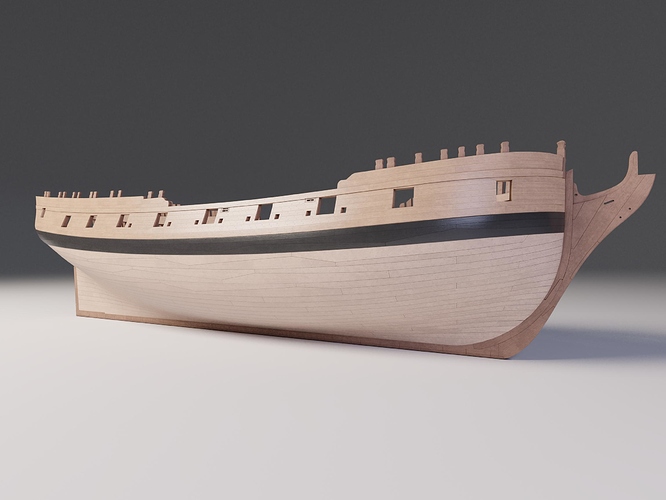 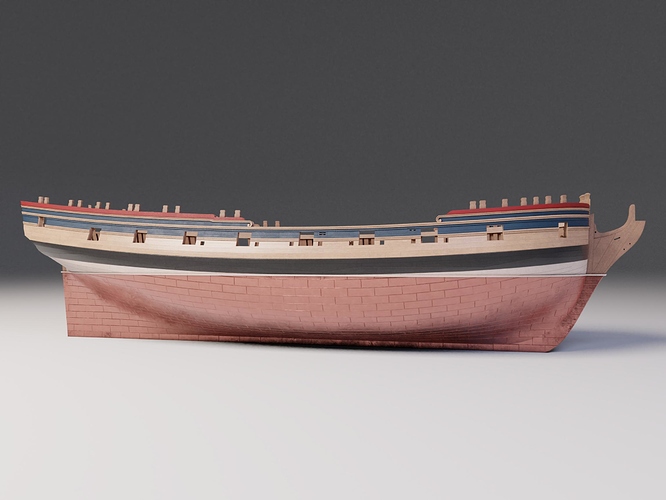 but how much verts counts ?

thx guys. I would call it mid poly though. some curves could be more defined, but I would really like that my computer survives this ordeal. it’s the amount of details included that give it high poly count, which currently sits at about 1.5 million verts.

Holy crap I can’t stop looking at this. Awesome job! Can’t wait to see more of it. And I could easily see this sitting in a corked bottle on some high end executives display case in their office.

1.5 E6 already
and your not finish - might be well over 3 millions verts !

if you have big CPU should be fine but for small machine
might get sluggish !

might have to use other means to lower verts count and increase speed !