The house was already done a while back but I think I will put it into a scene.
render in blender render, also use some Gimp
-might do some more work on it later tho… 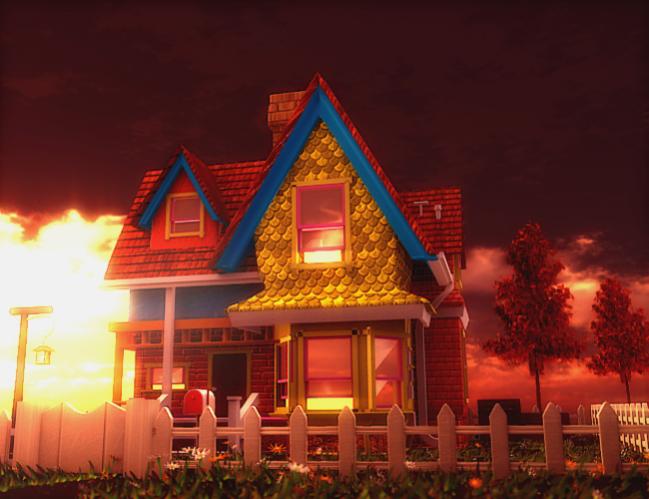 Somehow it looks more like a house within a forest fire

But I like the picture, especially the slight cartoon-like look of the house.

the house like toy! but not bad.I liked this two trees. because it’s realistic. good job!

Haha, great house, the scales on it make it look funny.

Thanks for the comments, I might need to decrease the contrast for it to look not like a fire…
GJAnders is right, the house is base on UP :yes:

Great work but yeah I honestly thought the house was on fire at first glance. Good modeling tho

Does it look more like a burning sky instead of burning forest?
Although this is kind of off topic but after all these time using blender render, I can say that toon-ish style is what BI done best 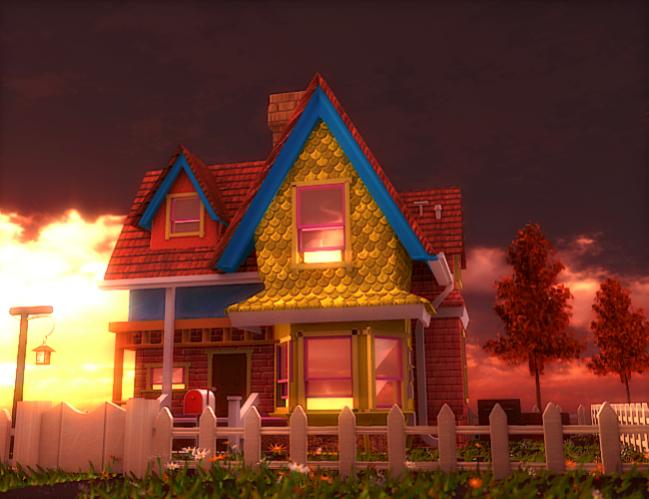 I think the area they’re talking about is that there’s way too much exposure in the left-hand side of the background.

You should probably either use nodes to turn down the brightness towards the white end of the image if it’s part of a material or applied through the compositor or use an image editor to do the same if not.

Okay, how about this? 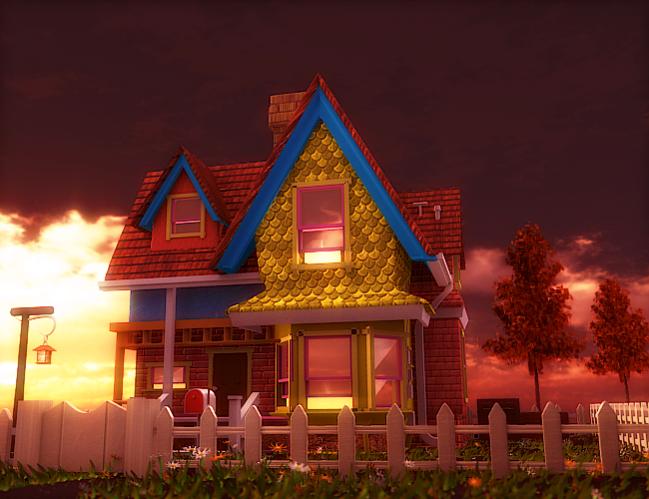 That last pic is much better IMO. Also, I would try and add some bluish light towards the front of the house, because usually at sunset the sky is redish where the sun is, but it keeps being blue on the opposite side. Right now looks like the entire sky is red, and feels like a different planet to me!