I’m back in the section of finished work to present a small modeling exercise using the famous Hugh Laurie as a reference.
Modeling, sculpting, texturing and rendering in Blender 2.5. Post-production in Blender, Gimp and Photoshop. You have more details about this work in my blog. 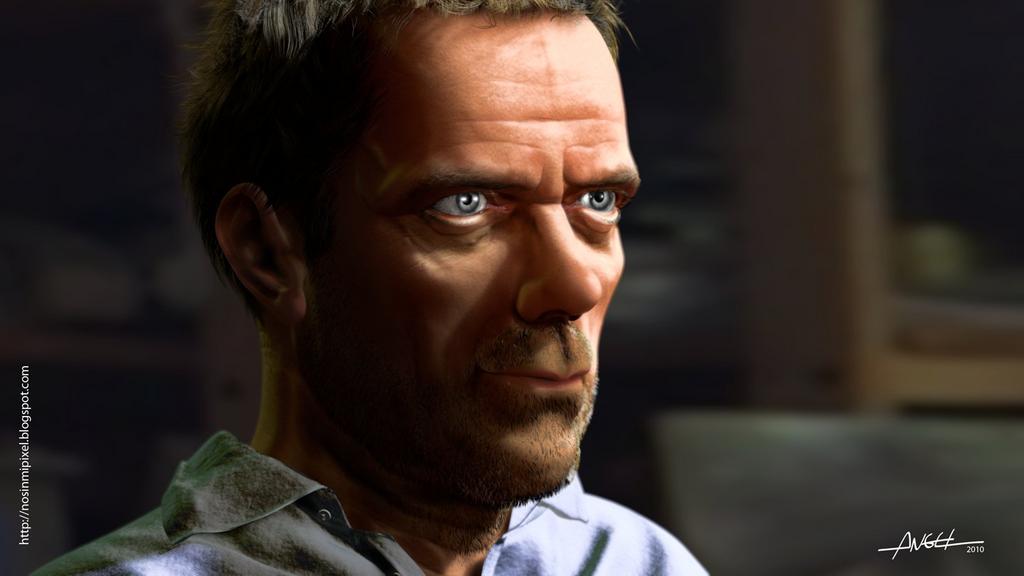 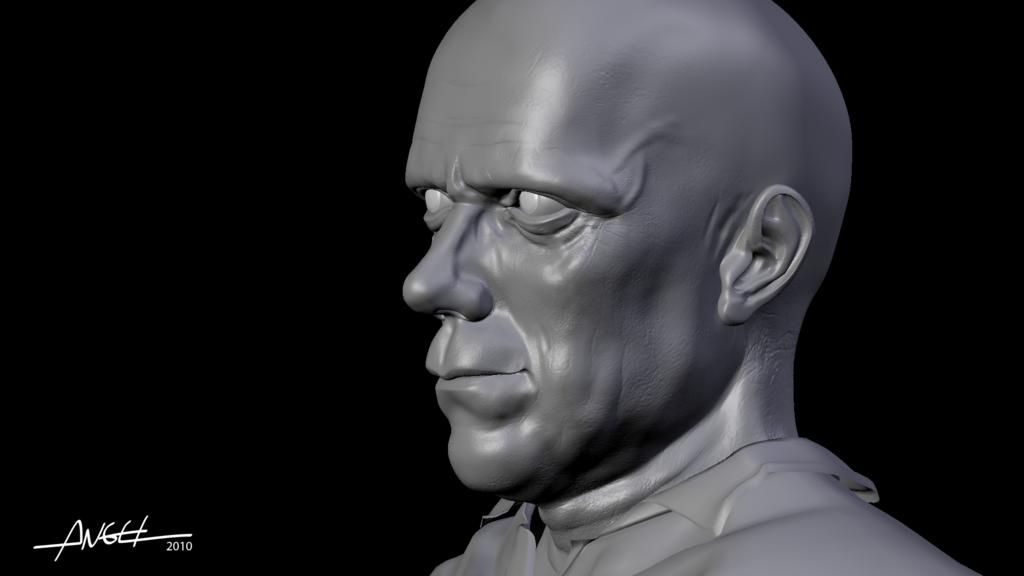 Why aren’t there any comments on this? Is everyone just left speechless? Even just a bump would be a comment. Anyway, I think this is amazing. The sheer detail in not only the sculpting, but the normal map on top of that, are amazing. The facial texture and shaders are equally as impressive. The hair distribution looks right too.
His mouth looks a little off, though. Almost like he has water in his mouth and he’s pinching his lips together in order to keep it in. Have you tried compositing without the glow-mask? The rendered image almost has a cartoony look, and it might be because of the overly-large specular highlights caused by glow.
Great work, regardless. Always good to see the Blender sculpt tool put through its paces.

Thanks for your comment, as you say, it seems that this image has not generated much excitement in the forum.

Regarding your comment about the mouth, this is always a delicate and difficult area to work (like eyes) with the sculpt tool, especially at certain levels of subdivision.

On the subject of caricature look, I’ll try to do some testing without the glow effect to see if it can reduce this effect, although not displease me

wow, that is totally cool!

it does look a bit cartooney, now that Jergling mentions it…still awesome though

His eyes are emitting light, it seems. You should fix the shadows. Half his head is shadowed but his shirt is not.

I hope I will see another render of it soon.

Looks good! Nice job with the likeness, and the sculpting is rather well done too. Bigbad makes a couple of good points, but overall the lighting choices are good.

great likeness, like a 3d caricature. Apart from details like the glowing eyes or the bulky eyelids, i cannot find a crit.

I only can say: awesome! All your work is amazing.

Thank you all for your comments.

As an exercise has been a pretty interesting job. I gave as finished after trying different things for several days, but without achieving significant progress. As I have time and encouragement, try to test the suggestions you tell me (but I don’t know if in this model or another because I’m a little tired of my friend Hugh).

I only wanted a 360 turnplate spin in the end of the breakdown, the end result now was in the middle and way to short.

The mouth area is very innacurate.

Spooky Hugh Laurie. Nice. I like the raw model more than the textured one.