Hi, I came up with this when I couldn’t sleep, and started on it. The idea is to make… blocks… containing parts of houses. Probably not very original, but something so I can practice. So what do you think? C&C. Thanks in advance! 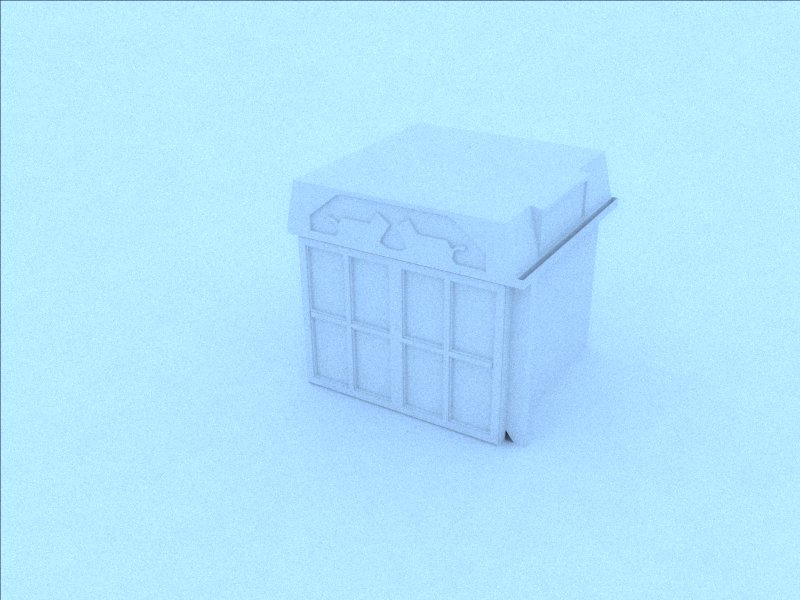 (I will update this one as well, but indigo is taking it’s time) 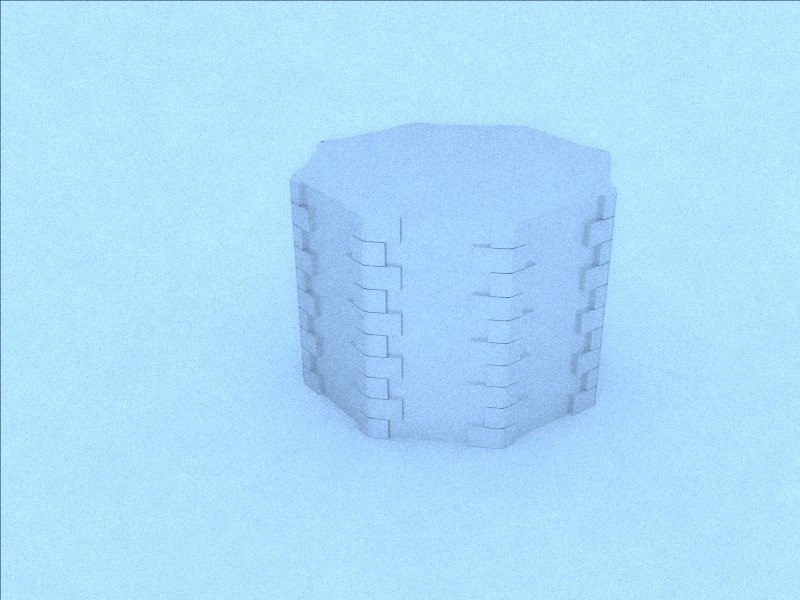 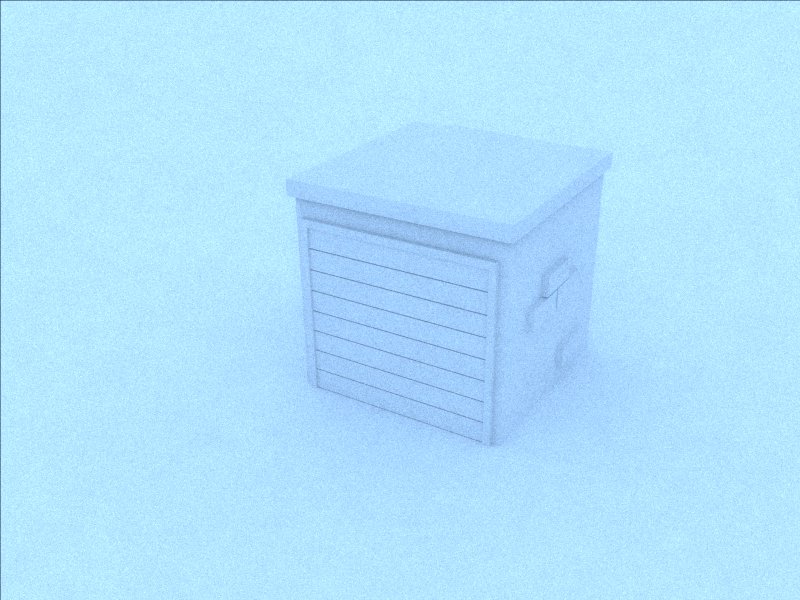 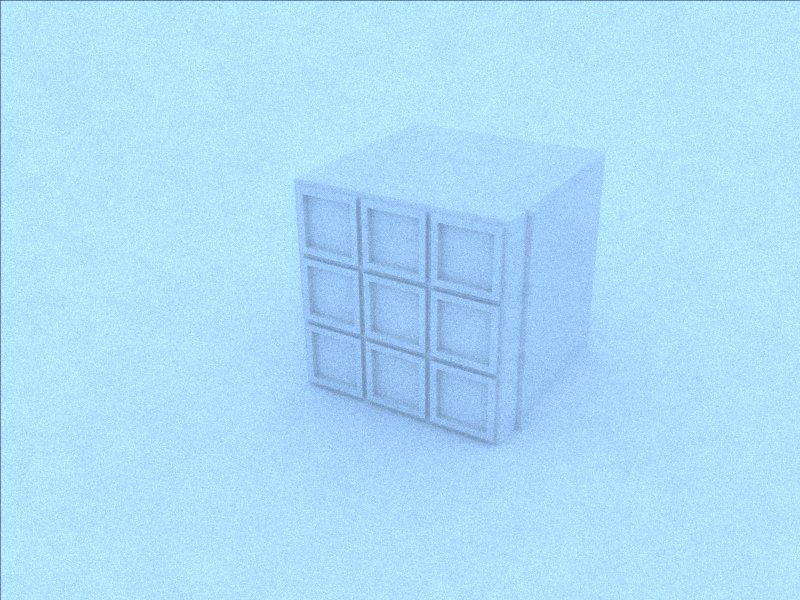 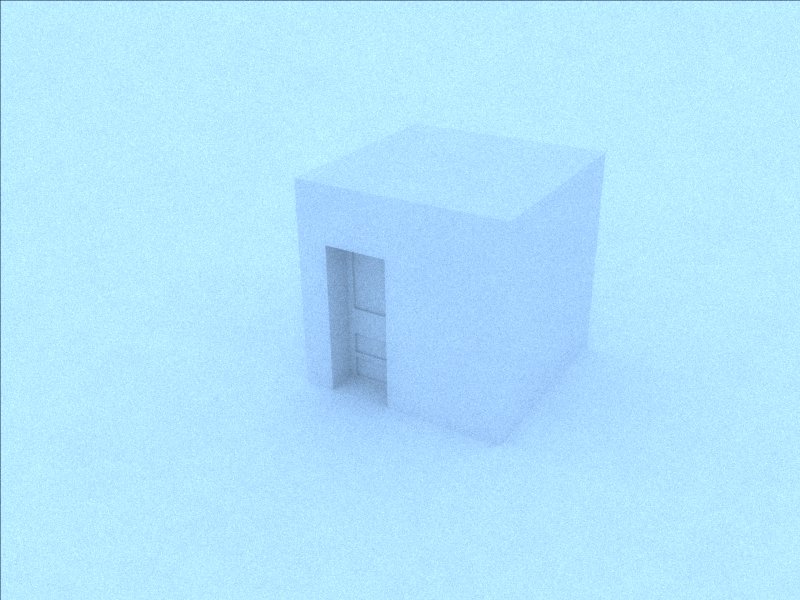 Don’t take this the wrong way, but the concept is basically stupid. :o Not only that but I hate your linux distro. So that’s two strikes.

Nonetheless, even though I think it’s stupid - I love the images. I don’t know why. It’s kind of artsy, I guess. I hate art. I’m a function over form type of person. But with the AO or radiosity (I assume AO from the noise pattern) and the ice blue feel… well, I can be an egotistical art critic, I guess. I like it. That’s all that matters.

I really like the staggered brickwork one, the cornerstone layout. The edges are gorgeous.

AH! Indigo! That’s it. :mad::D:mad: I’m in love with Indigo output, apparently. So OK your idea sucks! (that’s sarcasm BTW - great job. I like it and am interested in where you do with this idea… not that an artist such as yourself cares what a critic thinks.)

I like the idea. Kind of reminds me of Lego blocks.

Ever heard of Isometric projection?

@JDA: I’m getting that at school, some basics… But what are you trying to say? Should I Render them positioned as an isometric one?

@H…T…: I do care, your comment is the first positive one on my work… The blue things are indeed from indigo, they are supposed to be grey. It looks good with these “things” but not always. Does anyone knows how to get rid of it?

(And Ubuntu might not be the best distro, but I need the community support)

Try it out and see if it looks cool.

I’m currently rendering one, I’ll post it as soon as possible…

I did some calculations as well. 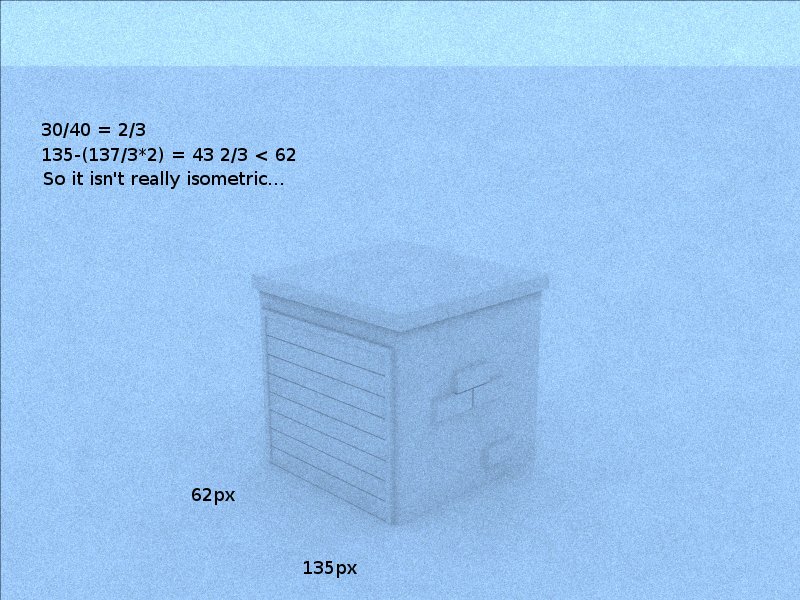 Question.
How do you render an isometric grid?
I just added a plane and subdivided it
7 times so there are 64 squares, put the camera
in orthographic view and rotated it x 60 y 0 z 45.
I checked the pixels. It didn’t work out right.
What’s the correct way to do that?

I don’t think it is possible to correctly render a isometric picture, Blender also calculates depth while you shouldn’t do so in an ismetric image. Isometric pictures arent really realistic, they’re just an easy way to show the actual sizes of the object you have drawn. I could post the model if you wish to do some trying yourself. Just say so.

When I did that grid plane I didn’t have OSA on
and the pixels were not always in order 1 up 2 across.
There were some errors here and there.
If you turn on OSA 5 it turns out nice.
I Found some sites that explain the math.
http://www.ul.ie/~rynnet/keanea/isometri.htm
http://www.compuphase.com/axometr.htm
http://pixel-zone.rpgdx.net/shtml/tut-isometric1.shtml

Anyways the whole Idea was to, make a bunch of
tileable building blocks and make a scene and render
in orthographic view use the 30° isometric projection.

Have you tried out Yafray yet?

Sorry for the late reply.
Are you supposed to have 1 up and 2 across. It sounds more logic to me if you would do 2 up and 3 across…

And I have tried yafray, but I don’t like it. You can’t see any progress in your rendering. It just shows a black screen until it’s finished.

If you want to see the progress you have to click the
XML button so that it’s in the off state.