I am working on a, sort of Hover Jet Racer. And I want to get a idea of what yall thing of it. 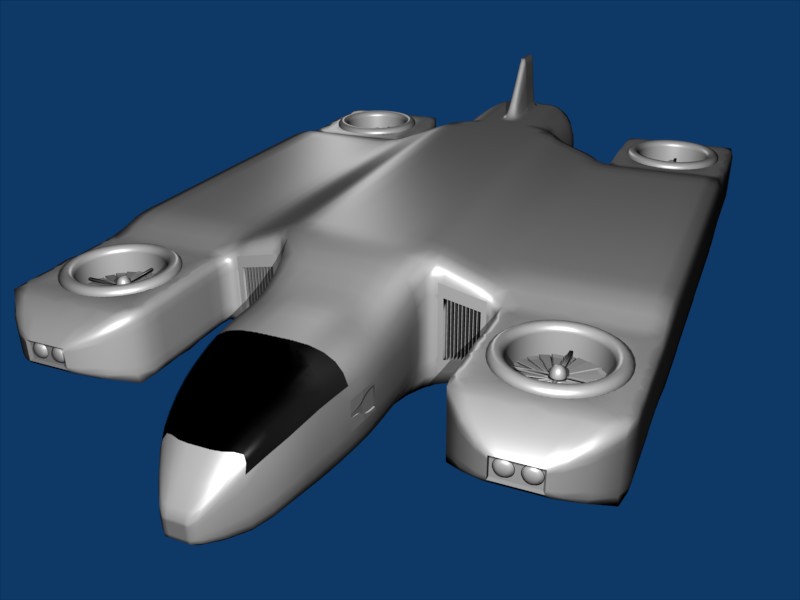 Looks quite good, as for the canopy thing, I would suggest lowering the alpha a bit, or having something on the other side to view through the glass.
I would also reccomend adding more detail on the middle section of the craft, it’s a bit empty there at the moment. Perhaps some panels along the top, or some technical looking lines, general greebling really. (However, that may ruin the nice sleek design for the craft, which is good in my opinion.)
Altogether, good work!
It also looks like the right sort of thing for the Chase project at Blenderprojects.com.

The detail on teh turbines and the vents is great and the little details that you put on it on the sides and front of the engines. But the canopy and the rest of the body seem really plane in comparison. Perhaps add some more openings to the innerds of the ship. Maybe some sort of external mechanisim that opens the canopy and a more detailed seam around the canopy it’s self. Can’t wait to see what it’s going to look like textured and with all the materials applied.

Just out of curiosity, does it have some sort of engine that makes it go forward and back, right now it looks as if it can only go up and down since the turbines are locked into the frame?

The scale was wrong for what I am looking for on the old canopy so I scraped that, it’s now an open canopy, I am working on detailing the inside of it now. I put some vents on the side to break up the monogamy.

Khnum,
Although I have not got to really detailing the back here is a shot of the back, it will have an adjustable aperture afterburning jet engine for forward movement.

I am going to try and keep the top smooth, so it will be a good place to paint Race Logos on. 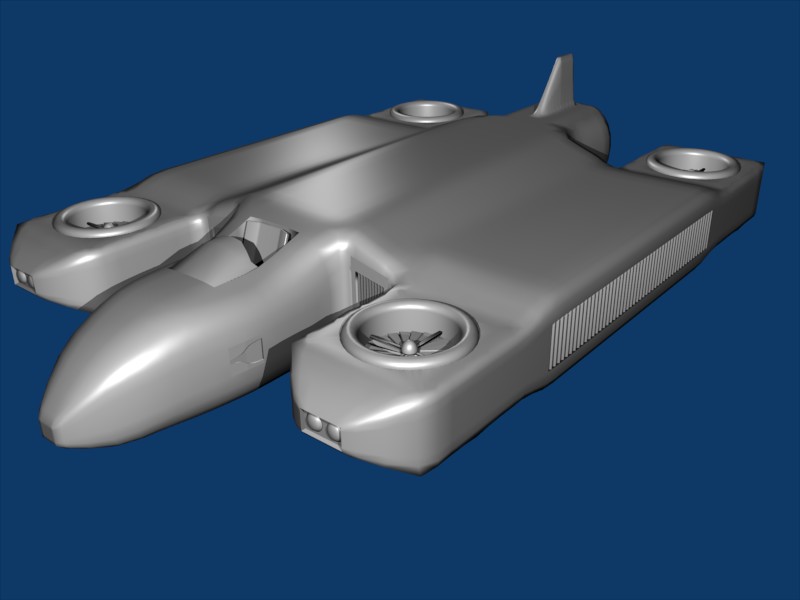 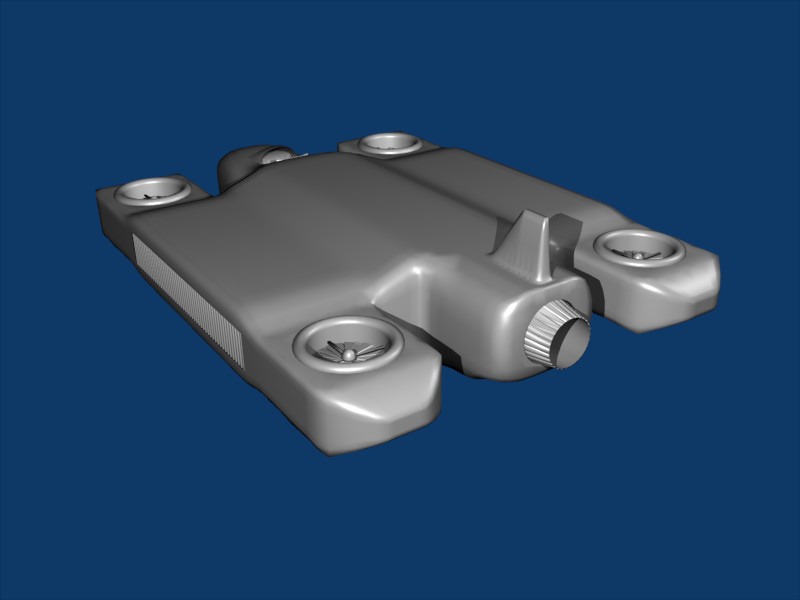 Ok, cool! =) Just wasn’t sure how you were planning to have this move forward. Looks good. If this is a racer though, and it’s racing in an atmosphere, I’d thin down the sections between the hover cells and the main body to give it a more aerodynamic profile. Right now there are huge areas where air can get trapped and cause major drag.

Side Note:
It’s monotony not monogamy, unless your ship is dating only one mechanic