Hi, today I created a pumpkin in Blender. Now, I want to texture it but I don’t know where to start. I don’t want to search on Google to find a pumpkin’s texture made by other people, I’d want to start creating my own texture. I’d like to find a way to learn this field. I know a few things about texturing.
Here my model. 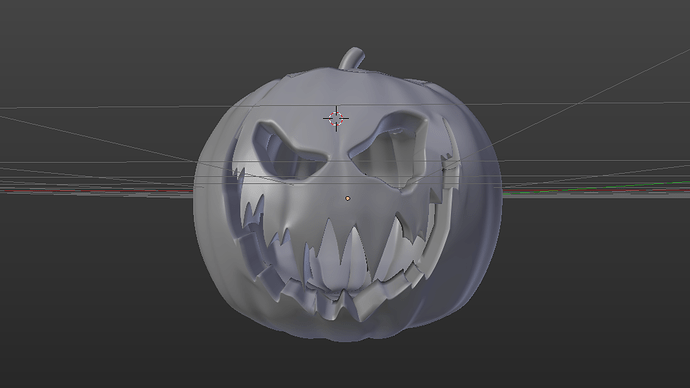 The most realistic texture you can make yourself would be a good photography of pumpkin skin and edit it a lot. Pumpkins are fortunately cheap and easy to find in this season. Get one with a flat side if possible, or at least one with shallow ridges, the flatter the surface, the larger the area you’ll be able to capture. The picture should avoid glare and shadows as much as possible, so play with the light and angle.
After you have enough skin texture, cut up the pumpkin and scrape the stringy bits off to photograph the inner flesh. If you want even more realistic details, also photograph the cut edges to have a “transition from bark to flesh” texture, but that may be overkill. Take a close-up of the stem too.
Then you’re in for a long photoshop session where you tile and flip and smooth the thing to cover the whole UV map. I would create the UV map with seams along the cut edges, to have neatly separate “inside” and “outside” areas.
Finally, you take the cut up pumpkin, strip the remaining bark, cut into cubes, put to simmer in a small amount of water with leek, one sweet potato, a marrow bone and chicken broth until soft, put in a literal blender (minus the bone) and serve with creme and black pepper.

Either you go the painted texture way or try to create some procedual textures for it.
I remembered a great tutorial by Sardi Pax, where he explains this on some pumpkin examples.

Your explanation was awesome. However, I created a simple procedural texture at the end. I’m not able to create a texture of something that is organic yet. I would like to be able to create textures, but until now, I’m able to create only simple ones by photos. I’d like to learn to paint textures too.

This tutorial helped me a lot! Thank you very much! Here the result 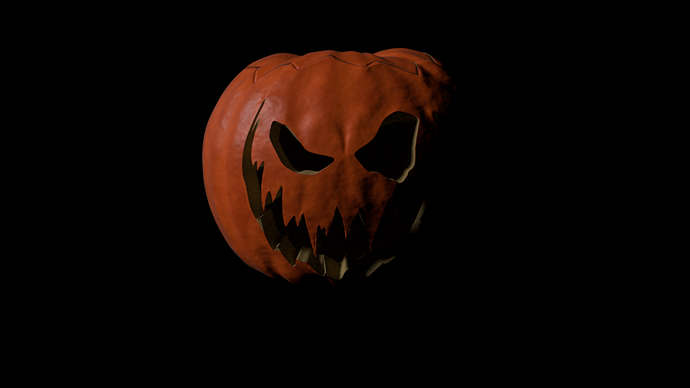