How can I make the UVWarp modifier work in UPBGE 0.3?

I set an Action Actuator to play an action that animates the offset of a UVWarp modifier Y offset up in a way so it loops, and then I press P, and… nothing! I set the modifier up correctly, the node textures are mapped to the UV in their input sockets, and there is nothing, stuck at frame 0.

When I made water and lava surfaces previously, it worked, but somehow, it doesnt. This is weird.

You need to enable the Use Viewport Render option in order for most modifiers to work in UPBGE 0.3+: 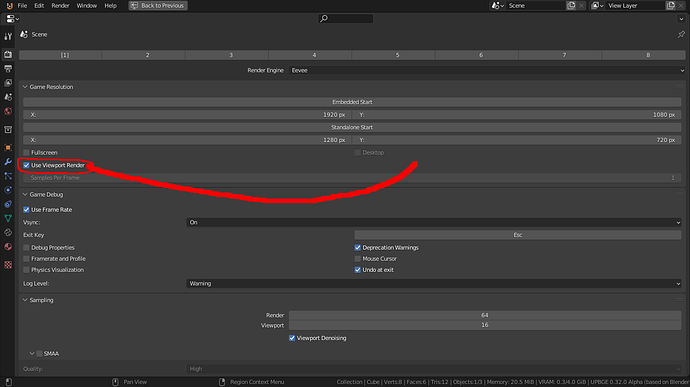 When I say “most” I mean the modifiers that aren’t usually supported at runtime natively.

I think its enabled, but it doesnt work…

The Ocean Modifier works though