How can I modify vertex normals for foliage?

Along the way I am also wondering how to assign vertex color as seen here:

Normal Edit modifier.
Plasmasolution’s SneakPeek 21 for example gives you some idea how to set up… ca. 15 min into the movie

Normal Edit modifier.
Plasmasolution’s SneakPeek 21 for example gives you some idea how to set up… ca. 15 min into the movie

Sweet. I’ll check it out after work, thx.

What about setting vertex color for the foliage?

As an example, i download a 3D bush from a quick google
By default, the normals does not help much of course : Now i add a Plane (can be any kind of object you want) , then i select the foliage object, set Autosmooth to ON (as the modifier will need it) I add a Normal Edit modifier to the foliage object , i set the mode to “Directional” and the target to the Plane object i added, you can play with the Mix Mode settings too, for this example i’ll use Add I now move the plane around and notice the normals change on my foliage , pointing to the plane i am moving : When you’re satisfied, you can apply the modifier and get rid of the plane.

For the vertex color, i have no idea, that page does not really explain what the guy has been doing with what he shows in screenshot, did he paint manually something, did he use some dirty vertex-like function, can’t say

edit : obviously i was too slow while taking screenshots and writing that, already been answered :

Thank you for a mini-tutorial Sanctuary

For vertex color it’s gotta be something like dirty colors. Painting manually is an overkill in this case. 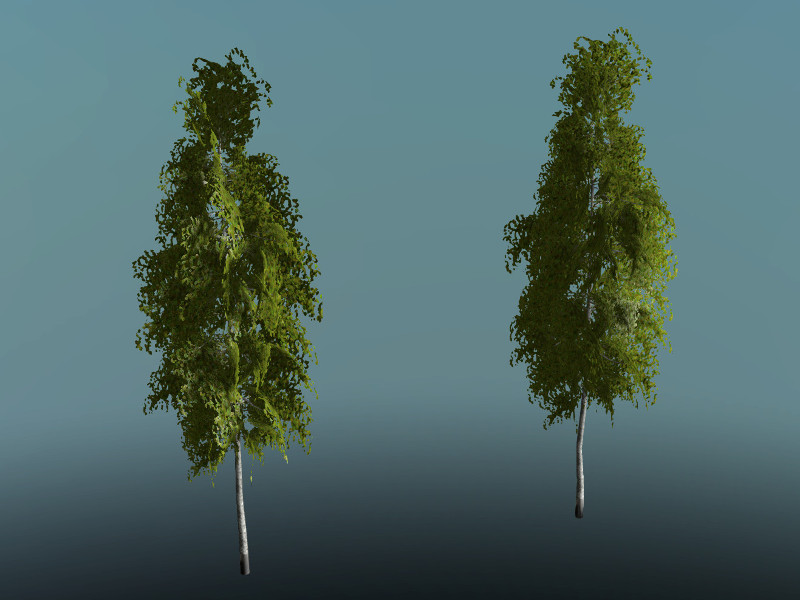 The Blend4Web Team writes: The new normal editor will be included in the upcoming 15.06 release of Blend4Web, which will be come out later this month. The editor's interface has been changed significantly to improve usability. We made it possible to...

That looks tasty! I wonder if it will be freely available for and compatible with Blender 2/74 / 2.75 and if it would allow baking vertex colors for foliage to simulate lighting (like so http://wiki.polycount.com/wiki/Foliage_Vertex_Color ).

Looks rather amazing with this degree of control !

This article introduces the new normal editor - how and what it is used for and the new opportunities it provides.

So I wonder if it’s a branch of Blender or if it’s an add-on.

It’s an addon, on their site, click on Download and download the latest version of it.
Once installed, the addon is to be enabled in the import/export and you have then access to all the tools in its own Blend4Web tab in the interface.