How do I create this visual style? Some pointers?

My client is asking me to make an animation in the following style: 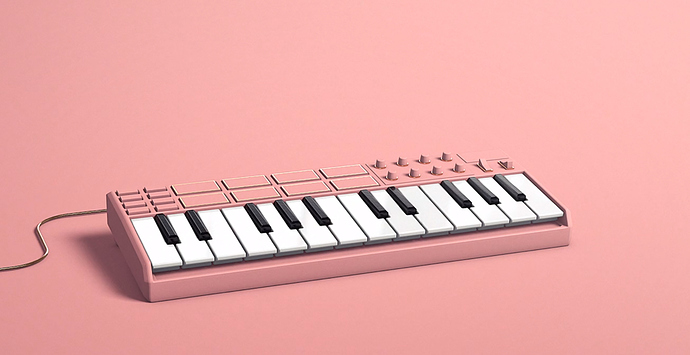 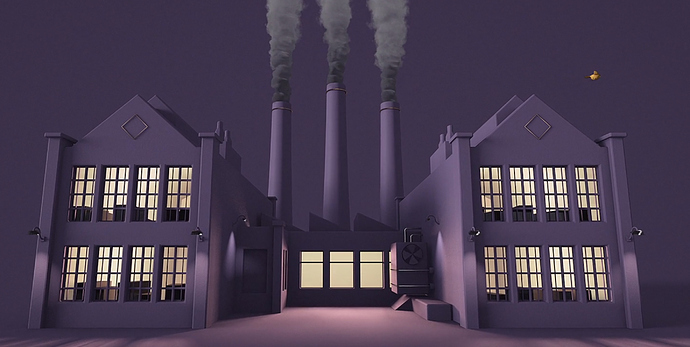 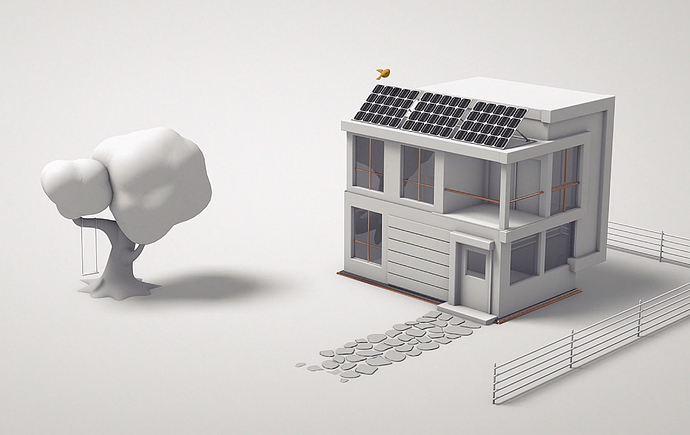 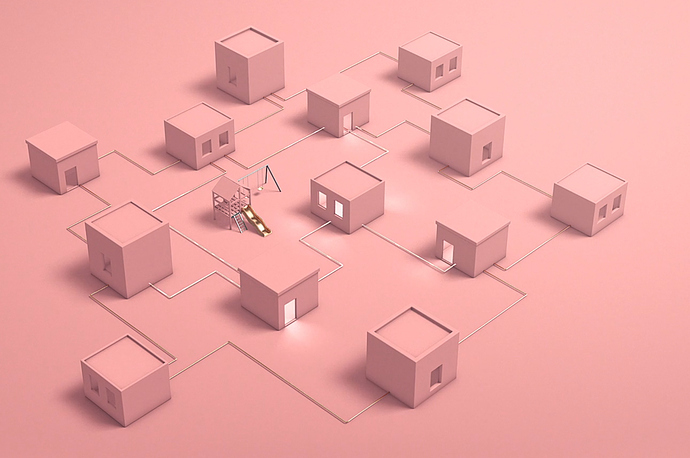 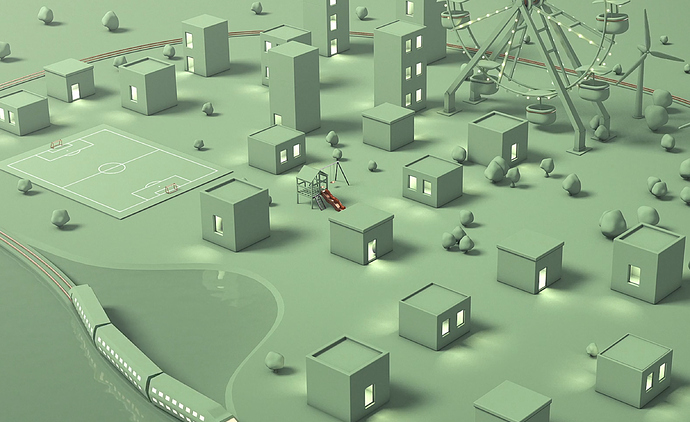 Can you guys give me some pointers on how I can create this style? It feels simple…but im not sure if it is. Like the shader… is this just a diffuse color? And the moddeling… its feel cartoony… is this because its just simple shapes… or because the use of bevelling in a specific way…?

The first thing that I notice is the complete lack of specularity, and of directional light. (I see directional shadows, but the sides opposite those shadows are not illuminated.) The shadow-source is not a point source.

The color palette is very muted and warm – and there is very little variation to it. While real-world shaded areas are often cooler because of the “blue sky,” the only effect of the shadows is to reduce the intensity of the color.

I also notice that the intensity of the shadows which fall upon the ground seems to me to be, at least to my eye, slightly more intense than the shade of the corresponding wall surface, even though the color of the buildings and the color of the ground is – as we see – mostly “almost the same.”

Occasionally we see that there are light sources within the various houses, although it almost appears to me that the intensity of those sources varies according to the direction in which they point. They almost look to me like an inverted shadow.

The 'marshmallow tree" is a familiar low-poly trick although the modeling appears to be like that of a cheap plastic kit.

To mimic this effect (in Eevee or Cycles), I think that you will find yourself playing a lot of “games with nodes” of various kinds. You might need to take control (e.g. with “curves” nodes) of exactly how materials, shadows, and so-on respond to the angle between faces and light-source objects or cameras. But, that’s just my thoughts …

Thank you very much for this detailed response @sundialsvc4!
Really helpfull!

Regarding the modelling…im not really missing something right? Its a pretty straighforward and simplistic way of modelling?

So the ‘effect’ is more because of the lighting and shading…and not so much in a specific way of modelling?

I highly recommend using Eevee for such cartoony rendering as you’re going to use this for animation and it’ll be a lot faster comparing to Cycles.

Meshes seems to have soft edges, so using Bevel modifier could be useful. Using sun light, enabling contact shadows, VSM shadow method should be enough for lighting I suppose. I also recommend color adjustments in the compositing for overall changes.

I havent worked with Eevee so far, but this will be a nice challenge for it. Especially if you see that this is much better suited for Eevee than it is for Cycles…

Like focal length and sensor? Im thinking 35mm on 50FPS… And im not seeing any depth of field… so maybe the aperture on a high Fstop so everything is in focus?