Hello there, all. I have seen other programs that can “Loft” groups of vertices, say several circles spread out, to form objects, like a horn or tentacle.

I have two groups of vertices that I need to form faces between, but the “Shift F” tool doesn’t form the faces well enough. There are flat faces where there should be nice even slopes.

It is called lofting in the other program, but can Blender do this? What is it called in Blender? Am I going to have to have the same number of Verts in each group?

You’re going to have to have the same number of vertices in each group. It’s not shift+f, it’s just plain f, with the option ‘Skin Faces/Edge Loops.’

Ok. I think I figured it out, but it is different from the loft that I have seen. What you described works, but I have to subdivide and pull out alot of “creased” regions now. Thanks for the tip. Oh, and F works, but Shift F did a descent job too. I am running 2.44 by the way.

Shift+f, I believe, requires a closed curve to work. Plain f can connect separate curves, open or closed. Plain f also works with series of separated curves, if Blender can figure out what order they are in. Sometimes it helps to put one connecting face in first.

Actually, it seems 2.44 doesn’t require that both loops have the same number of verts.

This is loft modelling from other softwares. How can make this object in Blender? Can I make a smooth transition from from a circle to a square then to a star?

I don’t think it’s possible to loft from one shape to another easily like in Max (screenshot above). But Nurbs skinning should do the same thing as long as the number of points are consistent.
The BevObj and TaperObj also give some neat effects. (blend)

You might be able to do that using three sections of the save vertex, then do a knife to subdivide, then use subsurf.

I have tried but caps are subdivided and rounded.

To dschnell289,
Thanks for your file!

Is this close enough? 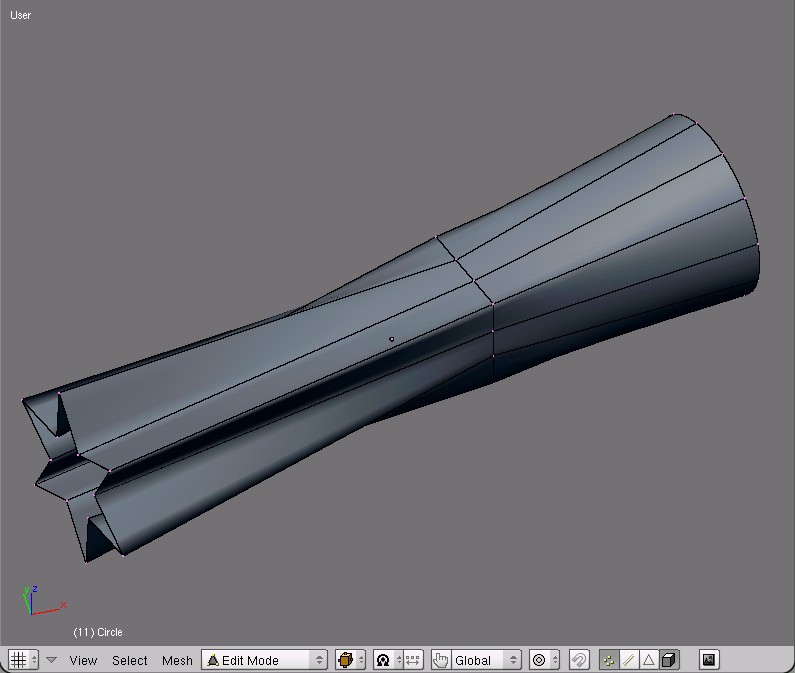 One circle, one square, one star, connected with Skin Faces/Edge Loops. Set smooth and Subsurfed, with square to star edges creased at 1.000. 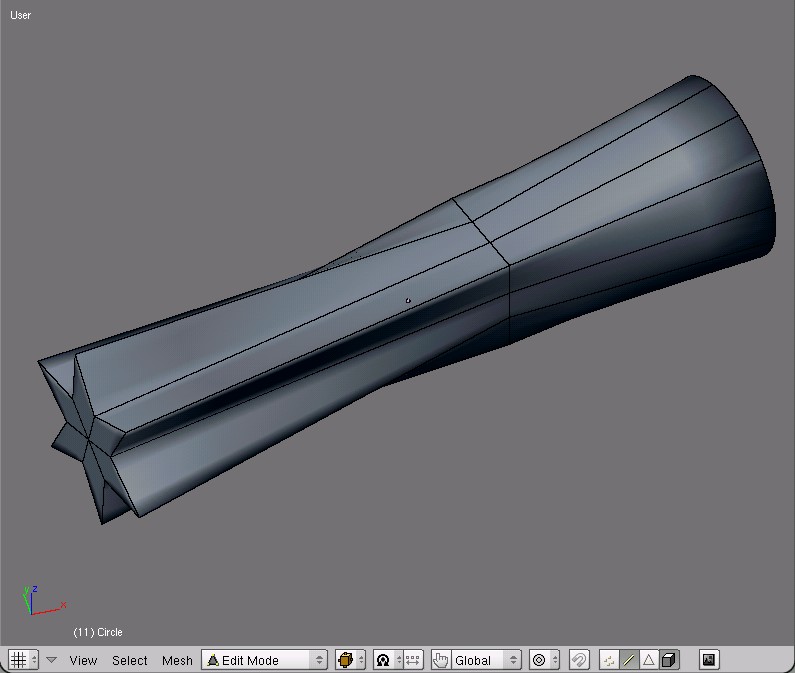 That seems it is working. How about NURBS? Can we make smooth with NURBS?

I have no idea. I don’t do nurbs. From what I’ve read in other threads, if you want to transfer your nurbs skills to Blender, give it up and learn polygon modeling instead. Blender’s nurbs toolset hasn’t been worked on much since who knows when, and it’s not very sophisticated or powerful.

@orinoco
thanks your tip is very useful.

am still trying and couldn’t find a sistematic way to create that object. Any idea?

This kind of nurbs tool is still in developing…
They have replaced the current nurbs handling with a open source library called nurbana.

If you want this tool in blender you can also spend some money to the project to speed up the developing:
http://sites.google.com/a/ckbrd.de/blender---nurbs/Home

Here is the forum thread

Why are you answering questions from last year? Somehow, I doubt he’s checking this thread anymore.