How do I lower the quality of my render so that it matches the real photo background?

I’m not sure how to do it, i’m thinking of lowering the samples but it still looks high quality.

Hi and welcome on BA !

Maybe you should try a blur ?
Some pictures would be usefull in order to help you

I can’t see any example picture, so i doing some guesses.

it’s what i thought too, blurring some parts. but idk. i’m noob by the way 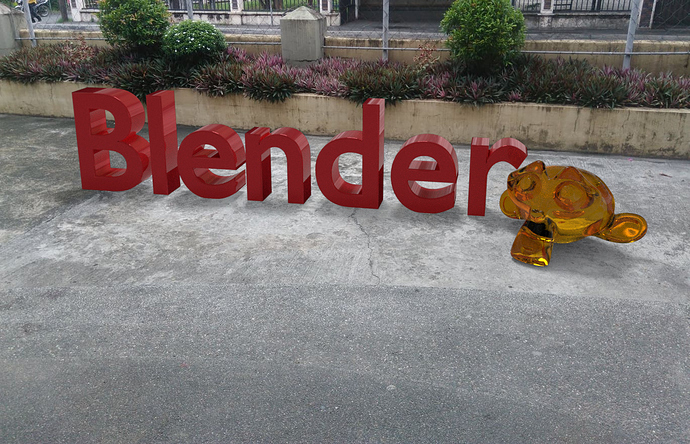 How about a bit of dirt, a bit of roughness …

To make a simple procedural dirt effect, add a noise texture node and use its Fac output to modulate the lightness a little bit.

I don’t see a problem, then again I might be blind.

I assumed your renders were too large for the background image. The best method to get fitting results is to render the asset in the appropriate dimensions. For example, if your background picture is a video at 1920*1080px and you want to overlay it with text that takes up half of the screen, render it at 1920/2 = 960px in length. It is best to do this because up/down-scaling gives different results based on interpolation algorythms.

There’s another thing; I assume your base picture is in jpg, but Blender will usually render to png. It doesn’t sound like much but it might cause slight shifts in colour and especially detail.

If you mean this exact example then I’m not sure what to tell you, but what I notice is that the red is probably too saturated. There is not much you can do about that short of editing it after rendering.

Also, “in general,” if you want to down-adjust the quality of something to match something else in the same scene, video post-processing is probably the easiest way to do that. Go ahead and render the material, saving it as MultiLayer OpenEXR files, then as a next step, composite the two sources together with appropriate addition of noise (or what have you – whatever looks best to you). This will avoid time-consuming re-renders, letting you “fool around with it to get it just right” in a comparatively short amount of time. Video editing software ordinarily has tools for things like matching color-balance, grain and so on, applicable to sources of any kind not just CG.

Instead of putting something virtual in the scene that triggers the uncann valley, try to add a trashcan and a wooden bench into the scene. Spent some time on the Materials and perspective will get you somewhat closer where you want to be.