How do I render a scene?

Obviously, I’ve never used blender, just started last night. Anyway, I was making models in MakeHuman and wanted to inject it into a rendered scene I found online here so I loaded it into blender, it looked like this 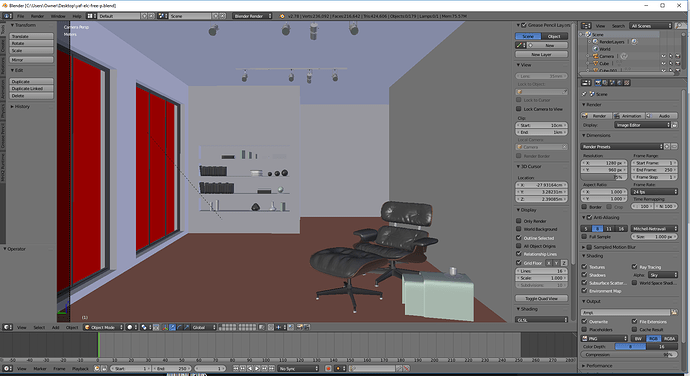 Screenshot_5.png1908×1040 279 KB
I figured that was how it looks before rendering, so I put my model in and then hit the render button on the top, which I thought was too easy and obviously it didn’t look like the photo, it looked like how it did in blender, but almost completely white. I know I did everything wrong, i just don’t know here to start.
pingking23 (pingking23) March 1, 2017, 12:33am 2

there are different render engines in blender (blender render and cycles) and there are also some external render engines availible. the scene you downloaded uses the “yafaray” renderer. without this renderer plugin you wont be able to achieve the same result as shown in the picture

shading (creating the materials for the objects), lighting and rendering are not something simple and a push of a button. i would suggest you take some time and look for some basic tutorials about the topic