How do we import objects from lightwave 3d or sculptris into Blender 2.54?

How do we import objects from lightwave 3d or sculptris into Blender 2.54?

Export from lightwave or sculptris a format blender can import such as an .obj
In blender File / Import / wavefront (obj), select the file.
If that doesn’t work:
Try a more recent blender build from http://www.graphicall.org/builds/ as the obj importer has had bug fixes since the 2.54 beta was released
or import using blender 2.49b (also has more import options such as .lwo), save the blend and then reopen in blender 2.54.

Or just use Blender 2.49 to read LWO file natively.
Once the mesh is imported, save as a BLEND file and open it up in 2.5.

Look in the blender 2.54 File / User Preferences / Addons and activate the Import Lightwave Objects add-on to see if that works. 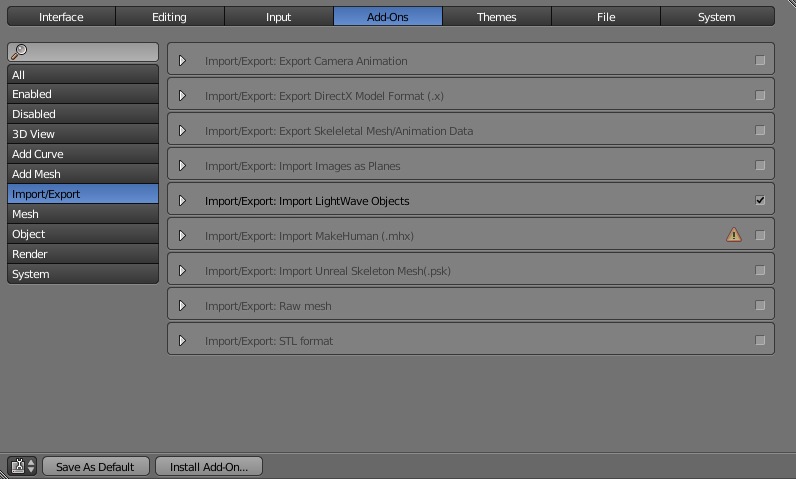