How do you imagine Blender 5 years from now?

Hi! I hope you’re doing great!
How do you imagine Blender would be 5 years from now?

Sorry, I can’t give a serious answer… 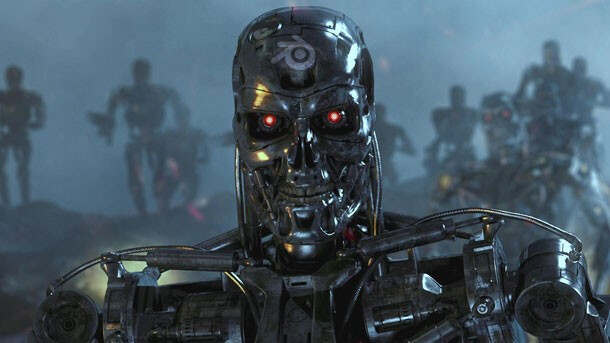 Connection of Outliner + Modifiers + Nodes. You can move a node or node compound to the outliner where it will work as a modifier in an object or group of objects.

An higher level node system for those that don’t want to go deep. Look at Tyflow for example.

Adoption of some of Android conventions.

Options by RMB or Over Delay(a la Android) everywhere.

Btw one of the things that i liked in Softimage is that a viewport could be a link to a webpage so a tutorial, it was very helpful when you are restricted to a single monitor doing tutorials.

Haha it’s good as long as it obeys our orders

What about a “make a cup of tea/coffee” button!

imagining is one thing and reality is another.
I don’t think we would see extraordinary things to what we already have but I assume all the projects that are still WIP will be finished by that time, like the asset browser, everything nodes & all it’s sub projects(Geo, Particles,Hair…) ,better rigging & animation workflows, more overall performance and maybe some machine learning stuff for retopo, uving…etc which I believe other softwares are working on them as of now.
The biggest thing might be in hardware though, where it will push Eevee & Cycles to be as close to each other in all aspects to the point there won’t be much difference between raytracing & realtime.

imagining is one thing and reality is another.

I hope legacy texture node editor will be reworked by then, it’s one of last blender internal remnants.

Imagination is the source of reality

From what I see, beside eevee and math nodes, the only thing pushing it are add-ons. Unless it integrates a whole bunch of them to come on par with industry standard 3d apps, I don’t see it remaining relevant in the long run as individual developers will surely stop updating at some point and move on to other things in their lives. As it is now it has things that are broken and things that exist because of addons alone.

Don’t get philosophical because it’s not, your thread question implies that in 5 years blender would become something completely different but reality says otherwise.
Blender won’t change much in terms of core features but it’ll get polished and the wip projects will get finished hopefully.

Do u even understand what I’m trying to say??

Someone mentioned that if the Blender Foundation could integrate the most important addons and take care of changes in the API for 60% or so of the basic functionality, then addon developers would have more time to spend on developing new features for their (paid) addon. Anyways, Blender, just like any DCC out there, is heavily reliant on these addons, even for basic stuff, but also for finishing features that developers didn’t flesh out fully. The most important change that needs to be made is that addon developers should be helped as much as possible, including a seperate bug fix system with priority for ‘partner’ developers, so that they can continue to add new and improve existing features.
The Blender developers could then hopefully focus more on Blender’s core, to make it faster (C++ instead of python where possible) and add the overhead support for things like Edit poly and better import/ export, linking in files, OpenSubdiv on GPU, multires, dyntopo, better remesher, (sculpt) brush UI & customisation, VDM sculpting, multithreading and a render VFB comparable to other rendering solutions out there, etc.

We are four years from 2.8 codequest and design elaboration.
I would say that Blender 3.0 will correspond to, at least, establishment of first milestones of original 2.8 codequest ideas for all projects.

So, in the four upcoming years, a lot of features would have grown, be stabilized, clean-up and polished.
So, in five years, we would have a more coherent Blender. But we would be complaining about the lack of things, that will be implemented in future 2 years in other software, or some things not done from 2.8 design.
Blender would probably have, at least, one new feature that will be modern and will maintain faith in software.
And developers would probably be thinking, collecting feedback to elaborate a new UI refactor.

” Because the way blender progress it may be

Among many other things, i imagine Blender having a very powerful implementation on Apple Mac and on Apple custom Chips in Apple workstations. I also imagine Blender becoming so capable that it starts eating into markets that used to only use other software, as Blender heads towards becoming the industry standard.