How does a class in Python work in UPBGE?

I know modules, but what the heck is a class, and how does it work? I wonder how would I utilise a class in UPBGE’s python system? Like scripting weapons or something else. Ive never done a class before. What are the advantages/disadvantages of classes?

Classes are useful if you have behaviors that all subclasses will inherit.

We can use components system in 3x to register a class, and no longer need to mutate a base class.

Can you give me an example of what a class does?

Python Classes and Objects [With Examples]

In this tutorial, you will learn about the core functionality of Python objects and classes. You'll learn what a class is, how to create it and use it in your program. 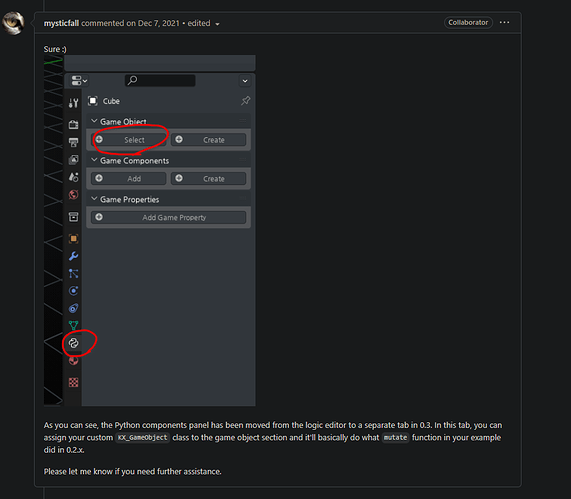 For example every Node in for example the shader editor (or geometry nodes editor or…) has to be moved, resized, enabled, renamed etc… so someone doesn’t have to write this for every new node type… but just have to say: this is a new Node type (and so inherited from Node…).