I installed Blender few days ago, because I wanted to model a knife, which I have designed in Inkscape. I thought, that I just import pathes from Inkscape file, add some depth to it, make a skewed razor edge for example, add some texture, shader and render.

I made some experiments, but I have problems that I coudn’t solve:

1) I import “b” (blue) path, define plain (gray color), convert to mesh, but then I can’t create a razor edge, because I don’t know how cut faces exactly how “edge of the razor edge” is running (solid red path). (BTW, after converting to mesh I get many triangles or quads - maybe would be better work just with pathes?)

2) So my second idea was edit pathes and create loops g (green) and r (red), define plains and those two object clue together with “CTRL+j” (join meshes). But this idea is not clean I think. And my original knife is not as simple as on the picture - I would have to create more loops and it would be more complicated.

I mentioned this two examples to show how I think in Blender and what I can do. Maybe I overlooked somethink…

So, how could I easily use imported pathes to define all plains. Or is Blender suitable for this kind of work? I mean for work that needs exactly defined shapes.

Thanks for reading and Big Thanks for every reply.

DISCLAIMER: This image is just for ILLUSTRATION! THIS IS NOT WHAT I WORK ON!!

I’ve started thinking about doing everything in Blender, but I’d like to use same shapes (pathes), because it should be easier and more accurate - and that is what I want.

It’d be nice, if I could make g-part (green on the picture), then add “dotted red” path and told blender to create plaines between that path and plaines from g-part. Does anybody know if this is possible?

Why not use your knife in inscape as the background and then model from that reference in blender. 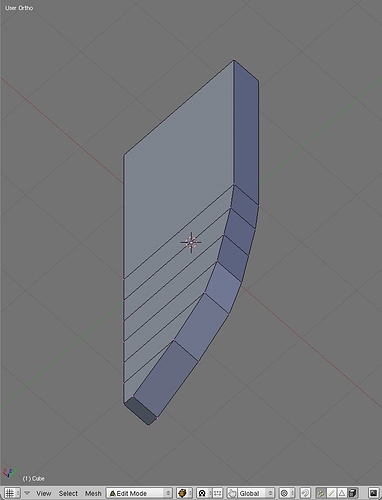 Start with this shape, the main body of the blade, with no edge 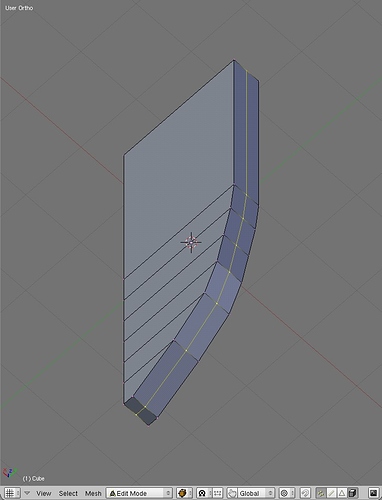 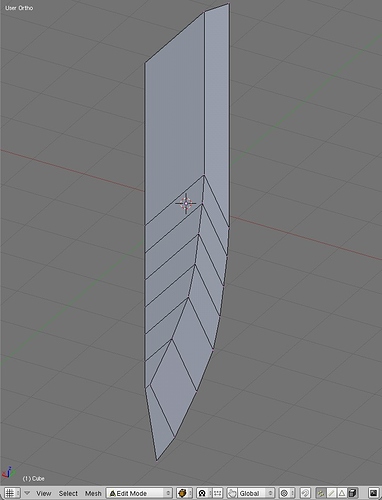 Another view of the edged blade

Thank you for your reply Orinoco, it really works! I overlooked in tutorials something like Ctrl+R (btw: and Vertex Group too). Your mini-tutorial is great. Many thanks!

I almost finished my knife, just few details are missing.

I’ve another question, which is not related to my first problem, but I didn’t want to create another thread.

When I convert rectangle to mesh (Alt+c), I’d like to influence how faces are made.

For example after convert I receive faces like in the red box and want it like in the blue box: