How should I carve up a island? (for roads, towns,etc)

I want to create a island environment that would have roads, maybe a few smaller towns, beaches and paths to them, perhaps a tunnel, cliffs and things like that, basically something like Just Cause’s 3 mediterrannean islands, only smaller scale, like this: 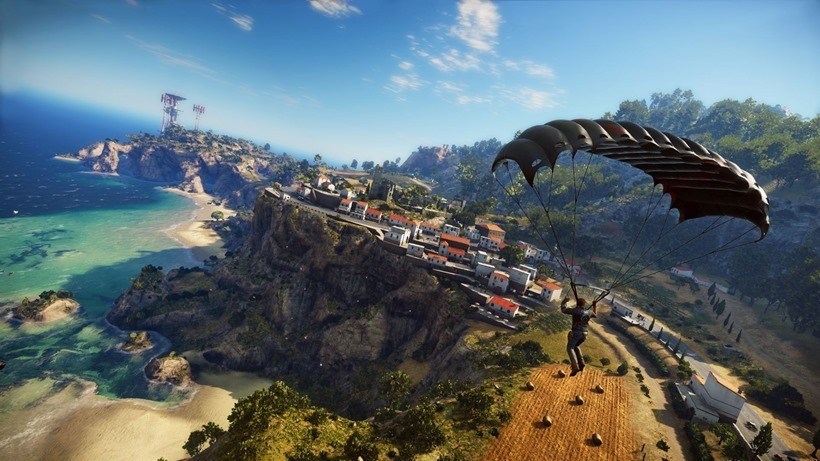 However I am not sure where to even begin, I know about the shrinkwrap way to adjust the road&terrain, but I am not sure if I should do it like that completely or only use that for roads… Alternatively I figured out that I can flatten poly’s by pressing S+Z+0, by doing that I can flatten a few height levels like I did here and essentially carve up a path through which the road should pass and then I guess smooth that out, after which I’d use the curve modifier for road and shrinkwrap in the end. Is this the best way of doing it or is there a better way? 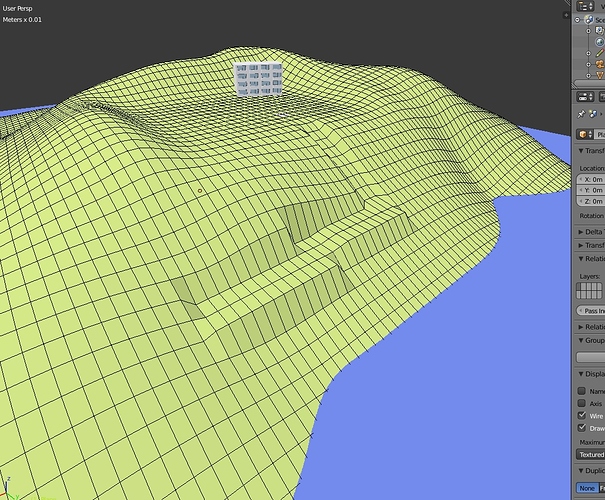 This is just how I would personally tackle this problem, the actual application is up to you.

Think about how islands, roads, and towns are formed. People land, then they settle a safe distance away from the water (note your reference image; they’re right to the cliff’s edge). Then, they want to go somewhere else for some reason (resources, typically) and begin to travel. Thus, a road is formed, and another town, et cetera. Infrastructure is typically avoiding of extreme terrain (mountains, cliffs, et cetera. Note your reference image; all of the structures are on flat ground, much like you had done in your screencap). So here’s my suggestion.

Firstly, I know you probably want a smaller island, but the one from your screencap is a little too small. Where would there be other resources? Where would people want to go?

I would say that you begin a new landform. Denote areas for plains, cliffs/mountains, et cetera. Mountains are far from the shore typically. Where it’s flat, like at the base of a mountain, you’ll typically have building and roads.

I decided that I should start small, better to create a smaller and better looking island, than a larger worse looking one. I still haven’t decided what should be in the center, but if that was in Montenegro or Greece, which are my inspirations, it would most likely be a:
a) luxury hotel complex
b) (semi-abandoned) military base
c) a old foritification of some sort

I’m most likely going to go with the hotel, left side of the island has another flat space which I could use to make a ferry stop and then connect that ferry stop to the center with a small road, where I’ll put maybe 2 to 4 hotel-like buildings and perhaps some other decorative objects.

But as for the carving up part itself, is selecting faces and then S+Z+0 the best way or can I also use some sculpting options for flattening? I know about the smoothing sculpting brush, but that’s a different thing.

You could model the terrace which a building structure goes on as it’s own mesh. Make a vertex group and weight it to the vertices on the very perimeter of that. Then you have a form that can use shrinkwrap with projection, so the base of the terrace will go to the contour of the terrain. Then you’ll have less worrying about the contours of the island itself.