How Taycan animation was created 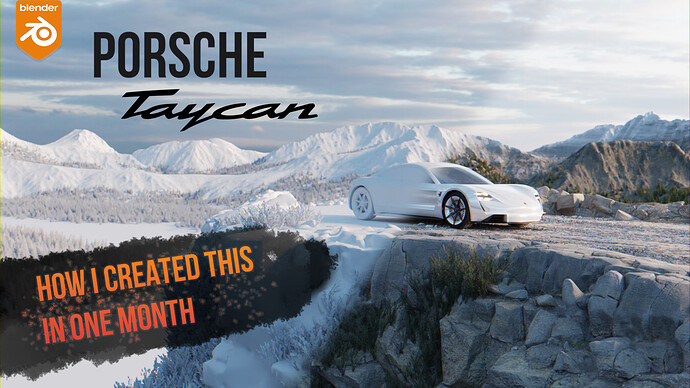 I decided to share with you one of my works, which I’d done on a competitive basis in the summer of 2020)

The link to the video is here

How it all started)

As a longtime user of 3ds Max, I have been experimenting with Blender for the last year. I was really impressed with its speed workflow and simplicity. At first I was playng with various ways of modeling, sculpting - I created environments, various add-ons greatly help in simplifying tasks, as well as in max plug-ins), but Blender is free 3D software (although add-ons can be paid) and therefore it was interesting for me what results can be achieved using only Blender itself

In addition, the prize for the competition was very promising) so I spent the whole of August 2020 on this animation video) The task was quite simple - to make a video with a car in motion, in one month and they will choose the best one in terms of quality. Going further, I want to say that my video took 23rd place)))

But considering that this was my first experience in Blender in which I used all my skills in it and met the deadline, the result did not disappoint me much) it was great

I’ll tell you about the creation process a little bit =)

When there is such an abstract task, at first it is quite difficult to figure out what you would like to show or what idea to put into the video, and therefore I decided to write a script, but first I spent a whole day to find good references) I collected all of them into one collage in the PureRef 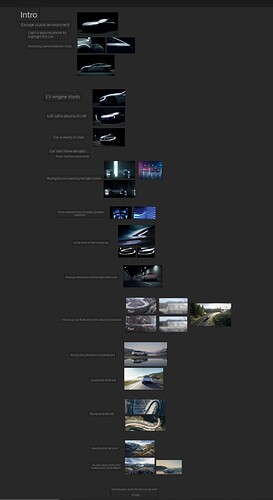 And after that, it was clear what I was going to do) and what techniques I will use!
I spent most of the time creating the scenes and environments, I have several of them!
The first scene is an abstract studio where I animated cameras and lighting to show the shape of the car 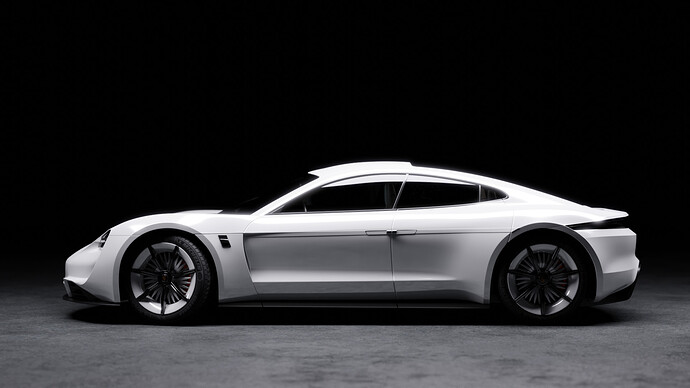 By the way, for this project I chose the Porsche Taycan because lately I was interested in electric vehicles and especially this model so much impressed me =)

The second scene is a hangar or warehouse. In this scene the whole action begins and I wanted to add some dynamic light effects and cinematic views, the flight of a helicopter and the water drop, which was also simulated in Blender)) 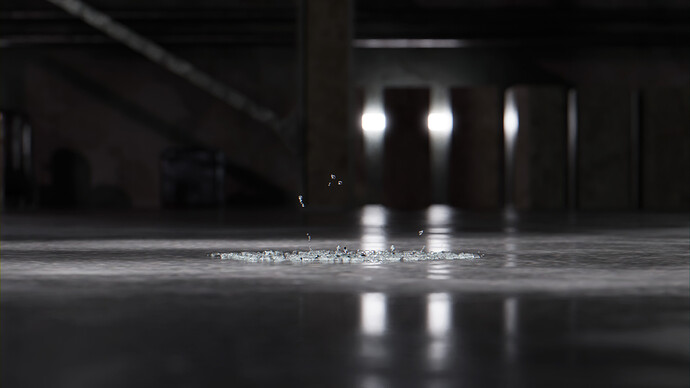 Also I would like to mention that I did the work on the sound design and music - myself, it took me almost a week, just days before the end of the competition! The music itself was selected initially and I adjusted all the animation for it, which was quite difficult)

The next scene is a tunnel where Taycan accelerates and drives towards the light.
Here I decided to play with different angles and made an interesting transition at the end…
There was one problem that the next scene with the dam and the bridge became quite heavy for my PC, and I could not figure out how to combine the tunnel and the dam in any way) and at the end of the exit, I brought the view to the top camera and when the car exits the tunnel, it is not visible where exactly it is going) 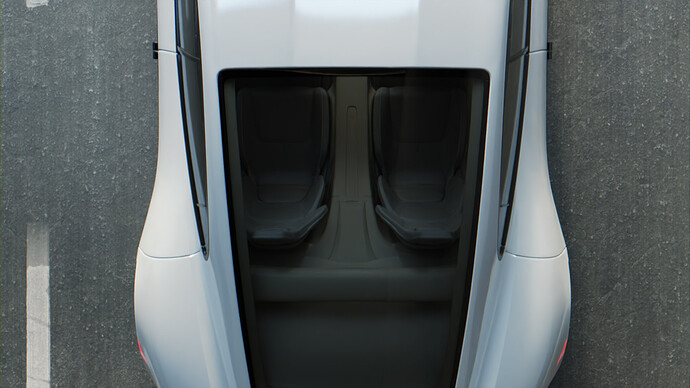 So I rendered a heavy dam scene in totally different blend file, with a new animation of the car itself)

The creation process was a great pleasure, especially when I realized that you can procedurally set up materials for mountains with snow, stones and grass)
One of the biggest advantage of Blender is that you can work in real time with all materials and textures, reflections, etc.
EEVEE render engine is something incredible, to be honest, I was able to complete this project with my old computer and with the 1080Ti and even managed to render animatics in EEVEE 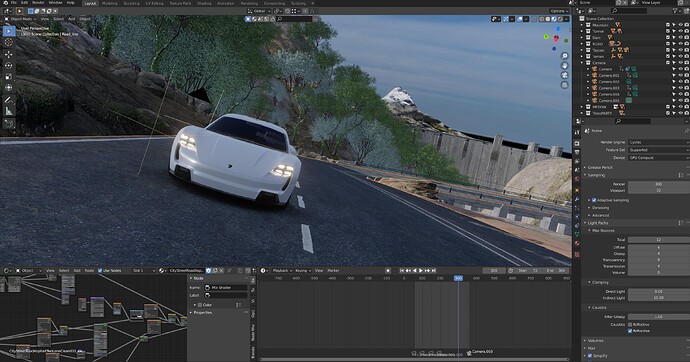 I tried very hard to optimize all the scenes so I dont have to render unnecessary frames, which will be cut off in the editing)) so I tried to keep the final idea in my head until the very end of this project!

But still I had to do a lot of test renders =)

The next two scenes almost do not include animations, but there was a lot of work done with environments, mountains, trees atc.
I wanted to create an atmospheric look of nature and ease movements of this amazing car) 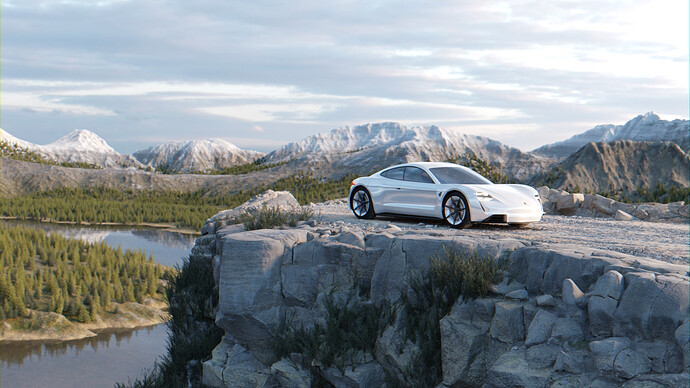 After all the renders were ready, I started editing, adjusted the animation somewhere to the music. Found a lot of samples for the sound specifically for the Porsche Taycan (behind these sounds is incredible engineering)

As a result, I got this animation video.
I got great pleasure and a lot of fun same as good experience in learning Blender)
By the way, an interesting fact - the folder with this project takes 24 GB on my disk))

Thanks to everyone who read to the end))

Wow, you were very ambitious to make that many scenes by yourself in such a short amount of time! You succeeded in making all of them look beautiful!

I wish you would have only chosen 2 environments and focus more on the animation, as I feel that’s where it breaks the realism a bit.

Can’t wait to see what you will do next!