how to apply dynamic paint to a cycles material?

I am using 2.67 and for some reason after i have baked dynamic paint as an image sequence, and try to apply it to the material, it just makes everything darker instead. What is the problem? I have no clue where I am going wrong.

Show us at least your material node tree. Since you can’t attach anything yet, upload your snapshot to PasteAll.org and copy/paste the link into your post. You can do the same with your blend file. (That’s always appreciated…)

Here is an example of Cycles material using an image sequence of baked dynamic paint as factor to mix 2 materials.

“Background Material” is for the holes (black in the paint map) and “Foreground Material” for the bumps. (I also used the baked sequence as texture for a Displace modifier.) With this material, I made that little sequence: 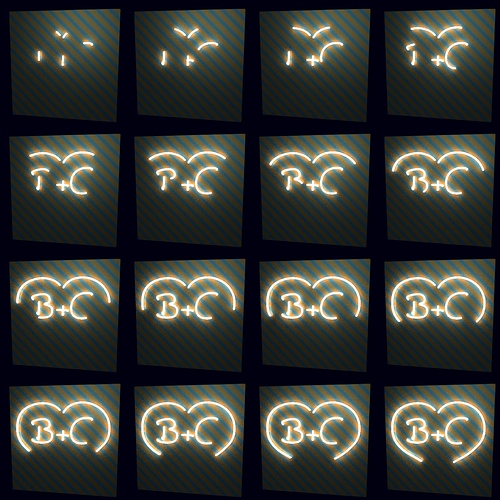 Now, the tip to prevent you from hurting yourself like I did in too many meetings of my head with a wall…

To use an image sequence in a Cycles node tree, add an Image Texture node, click the button “Open” and select only the first image of the sequence. If you select all the images of the sequence like I did…

Repeatedly… :spin: Cycles will just choke on them and load nothing. :eek:

Well, I can always tell you what I would do if I had your file…

The first thing I’d do is to plug the Color output from the image sequence into an Emission shader and plug its output into the Surface socket, bypassing the whole tree to see what Cycles really loads.

Set the viewport to Rendered mode and, if you see only magenta light, it means that Cycles doesn’t load the image sequence as expected. That would be the first thing to fix. (Check if you did like I explained in my tip.)

If you don’t see the magenta light, the problem is in the rest of the node tree. And I can’t say anything because I can’t see the whole tree. (Zoom out!)

Also, something stupid, but check the paintmaps. These are regular images. If they don’t look like greyscale images, here is your problem.

As for not being able to upload your file because it’s too big, well… Save your work, select all, delete all. Add a plane and set its material to the one using the paintmap. Go into the UV/Image editor, load one image from the sequence (Not a full black one, please!)

Pack it. (Menu Image --> Pack Image.) [SHIFT CTRL S] to save under a new name. You’ll get something much lighter.

Alright, I checked your paintmap and I made very little changes.

It looks like you painted in the alpha channel. Nothing wrong with that… but then you must use alpha in the node tree.

Still, I found your paintmap strange. It doesn’t looks like to go in the direction of waves reaching a shore. 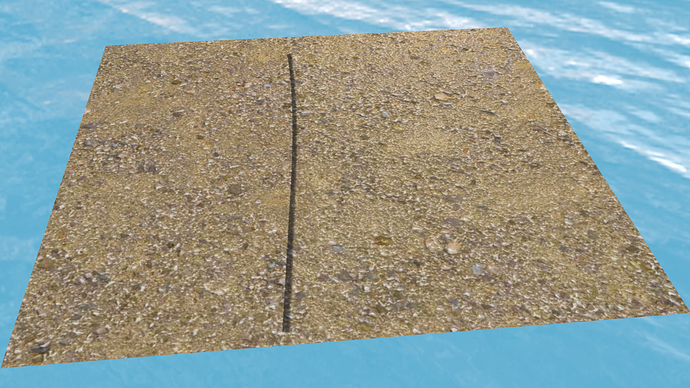 (I used a more “aquatic” environment image. All the green of yours really didn’t make me think of a beach.)

You should have noticed that I circled the Color Mix node connected to the spec map. It didn’t work. Especially with a factor of 1.0 which made it all black and killed all the gloss… and the bump map. I changed it to mid-grey with a low factor. Now, there’s at least a tiny bit of gloss everywhere and you can see the bump map… of which I also increased the strength. It was all flattened.

I don’t know what the whole scene is supposed to look like but, unless you want to show the sand from the point of view of a crab, you need to crank up a little the bump map.

also not certain why but it does not render as what is shown in the camera preview!

it renders a nice yellowish grass but not track shown

i change it and still getting this yellow grass! 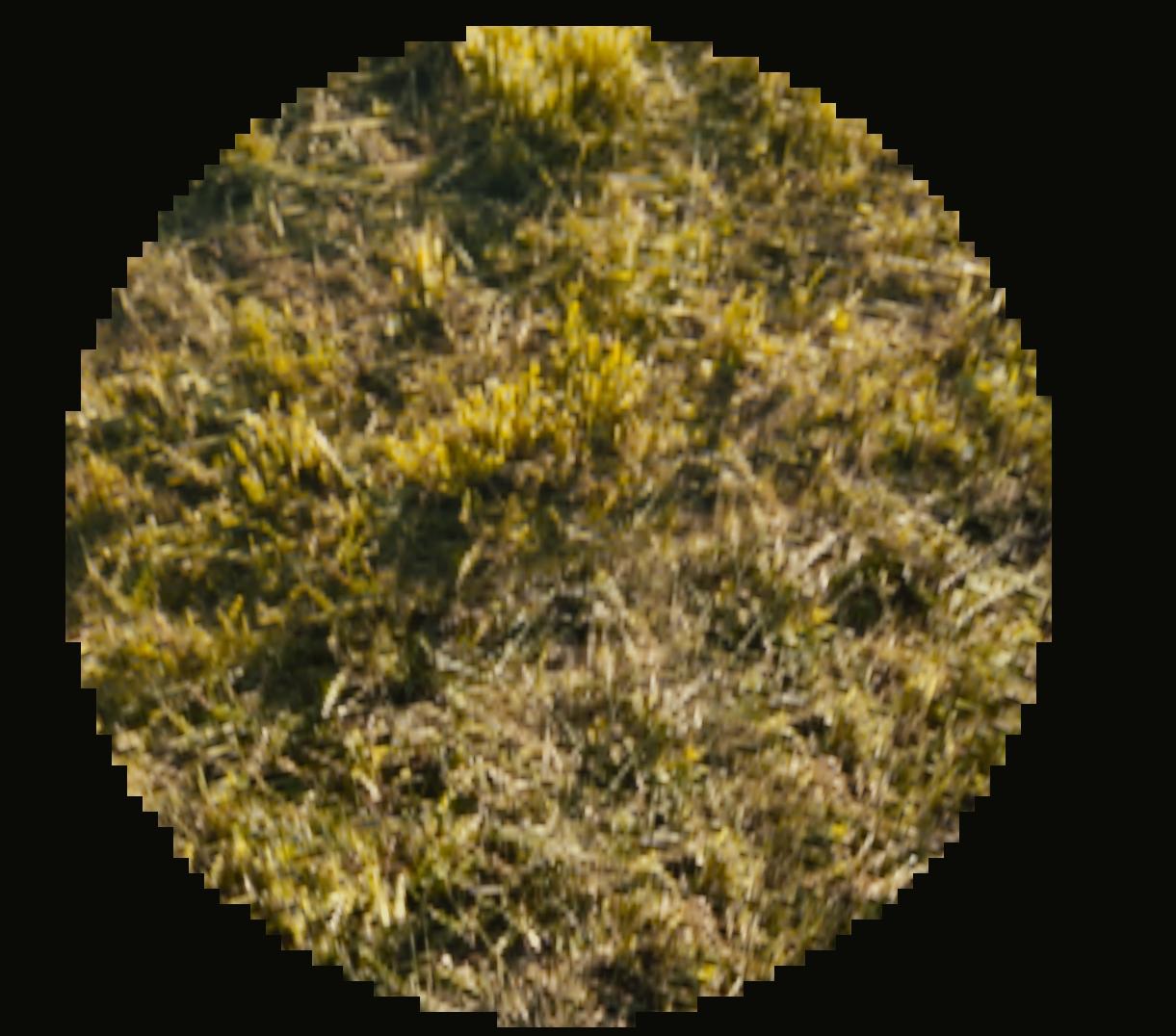 is it what it is suppose to give

In the Layers tab, you must activate the very last layer, the one where the plane is… Or else, move the plane to the first layer.

I had a moment of hesitation after the first render too…

can you show what it is supposed to look like !

i activated the last layer but then the plane disapear
is that normal ?
anmd i get about same render

@RickyBlender: The plane you want to render is on the very last layer as shown by the yellow dot (when it is selected). 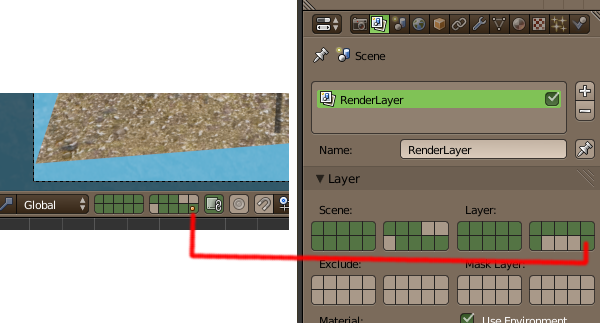 So you must also activate the last layer in the Layers tab for it to be rendered. [SHIFT LMB] to add to the list of layers to render.

The minimum to remember: In the Layers tab, “Scene” is a copy of what is selected at the bottom of the viewport. These layers are shown in the viewport and that’s it. “Layer” is the list of layers which will really be rendered.

This must not be mistaken with the list of named layers at the top of the tab. A named layer isn’t really a layer but a convenient way to handle a list of layers: the ones to render, exclude or use as mask.

the layers set up is the original file is not the same then the one your showing!
and this yellowish color comes from the HDRI environement image
i check the images’s color in UV editor

so i need to activate the layers 14-15-16- and 20 and in layers panel set the layers in grey color
not certan what the numbers are here! 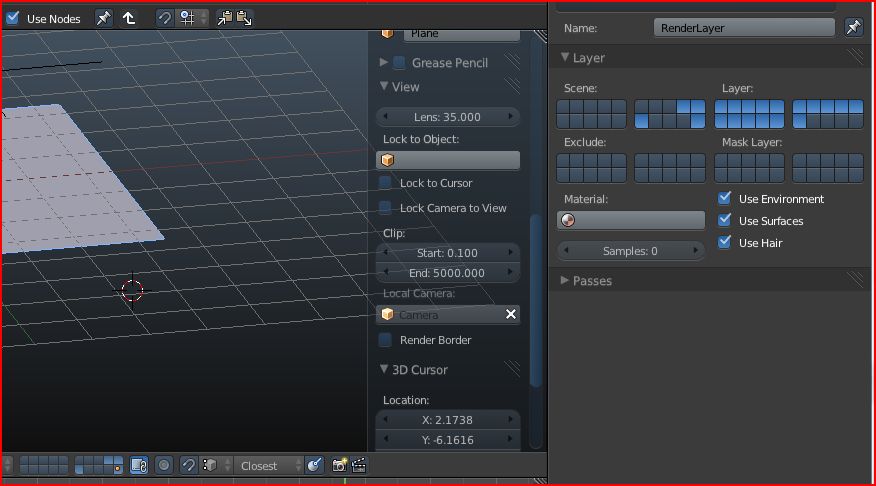 now grom first post here
i tought this was suppose to have some alpah tracks also
and i did not see any in the render !

However, in your Scene tab, the layer isn’t selected in the “Layer” area. Some bright blue is missing. 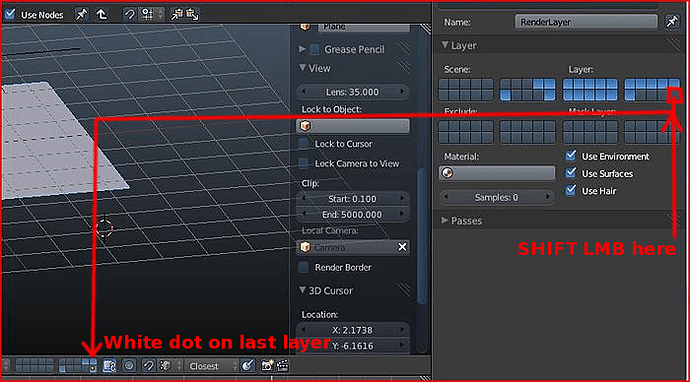 Where is that “facepalm” smiley when you need it?

Kaluura, i just wanted to say thank you very much. You really helped me out.

@jdjames89: I was about to say “No can do” but, after some experimentation, I can say that there is a way. You can animate the Offset in the Image Texture node.

The principle is simple. You animate the Offset in order to tell to Blender which image to use at which frame.

To go forward at normal speed, nothing to do.

To go forward faster or slower, set a keyframe on the first frame where you want to change the speed and another one at the end of the sequence. To go faster, you increase the Offset more than the number of frames in the sequence and, to go slower, less.

To freeze the image sequence during a certain number of frames, set the Offset to the negative value of the number of frames. For our example, that will be -50. 50 frames that should be used minus 50 set by the Offset… equals zero. Frozen.

And to go backward use bigger negative numbers for the Offset. For example, if you set the Offset at -100, it means 50 frames that should be used minus 100… equals 50 frames backwards at the same speed than if it would go forwards. An Offset of -150 would mean 100 images backwards during 50 frames, it doubles the speed but backwards.

Of course, after the frame 150, Blender will keep on going in the image sequence at normal speed. To add another sequence of scrubbing, at frame 200, for example, you must use the value of the Offset as it is and add or remove to it to change the speed and/or the direction.

That’s the complicate part. When you change one keyframed value of the Offset, you must also change the values for all the keyframes after it the same way. For that it’s better to use the Graph Editor so you can select the keyframe to change and all those after it and move them all together with [G], Y and eventually a value. (Like you would do with vertices in the viewport.)

Last thing I can think of: To jump in the image sequence forwards or backwards, you just need to keyframe the Offset as it is on a frame and, at the next frame, you keyframe another value. Jump!

I hope it’s not too confusing. Just try and you’ll see that doing is easier than explaining…

Hmmm. Very interesting. I think you melted my brain, but I’ve come to learn this happens every time I hear something new about Blender. Haha. Thanks for the response. I’m going to read over your response and tinker around until it sinks in. Thanks a bunch!