How to array objects on the curve ?

How to needle objects on the curve ? Like to make array of object following curve in same offset (like beads on the string) In array options there is setting “Fit to Curve length” but nothing happens then there is also no possibility to enter count(number) of objects.

Take a look at Dupliframes:
http://wiki.blender.org/index.php/Manual/DupliFrames

Another way is to use a Curve modifier after the Array. 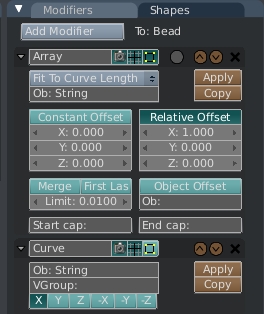 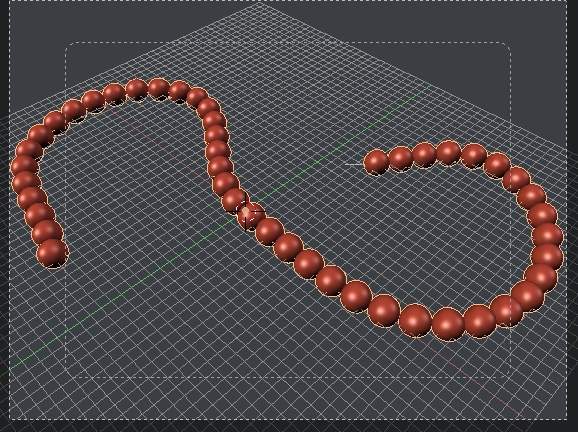 I’ve tried to duplicate it but I can’t - instead of arraying objects on the path , objects try to fit curve shape.

Call me stupid :o but I can’t make it working :ba::ba:.I’ve read Manual and followed but I still do something wrong.

@Rider how did you get beads are just following tha path and aren’t distorted ? Did you parented them,snapped or set cursor to some kind of place before that ?

1.I have created Path object and created sphere,I’ve snapped cursor at the beginning of the path.

- spheres are not aligned on the line but next to it

I think it happens Blender fits objects to curve shape instead of making them follow the path.

Be sure that both the object and the curve have origins in same spot! Took me a while to figure that out