How to avoid this texture stretch in Displace modifier?

I have to use “Displace modifier” (instead of displacement shader node) for a 3d print, but
why is-there a stretch in the middle of the mesh? 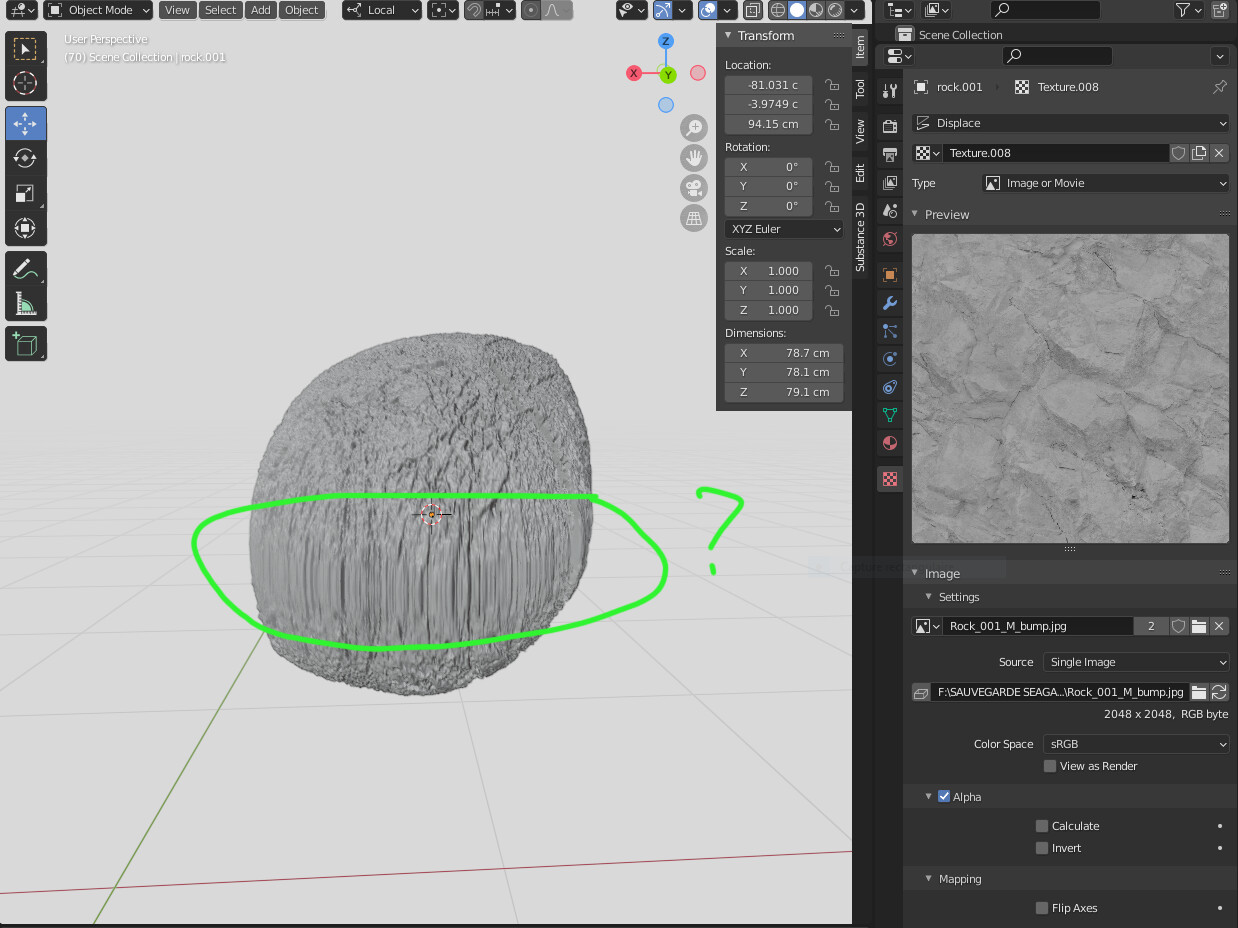 Sure, please find it…
I have tried several “Direction” but I have always a stretch somewhere 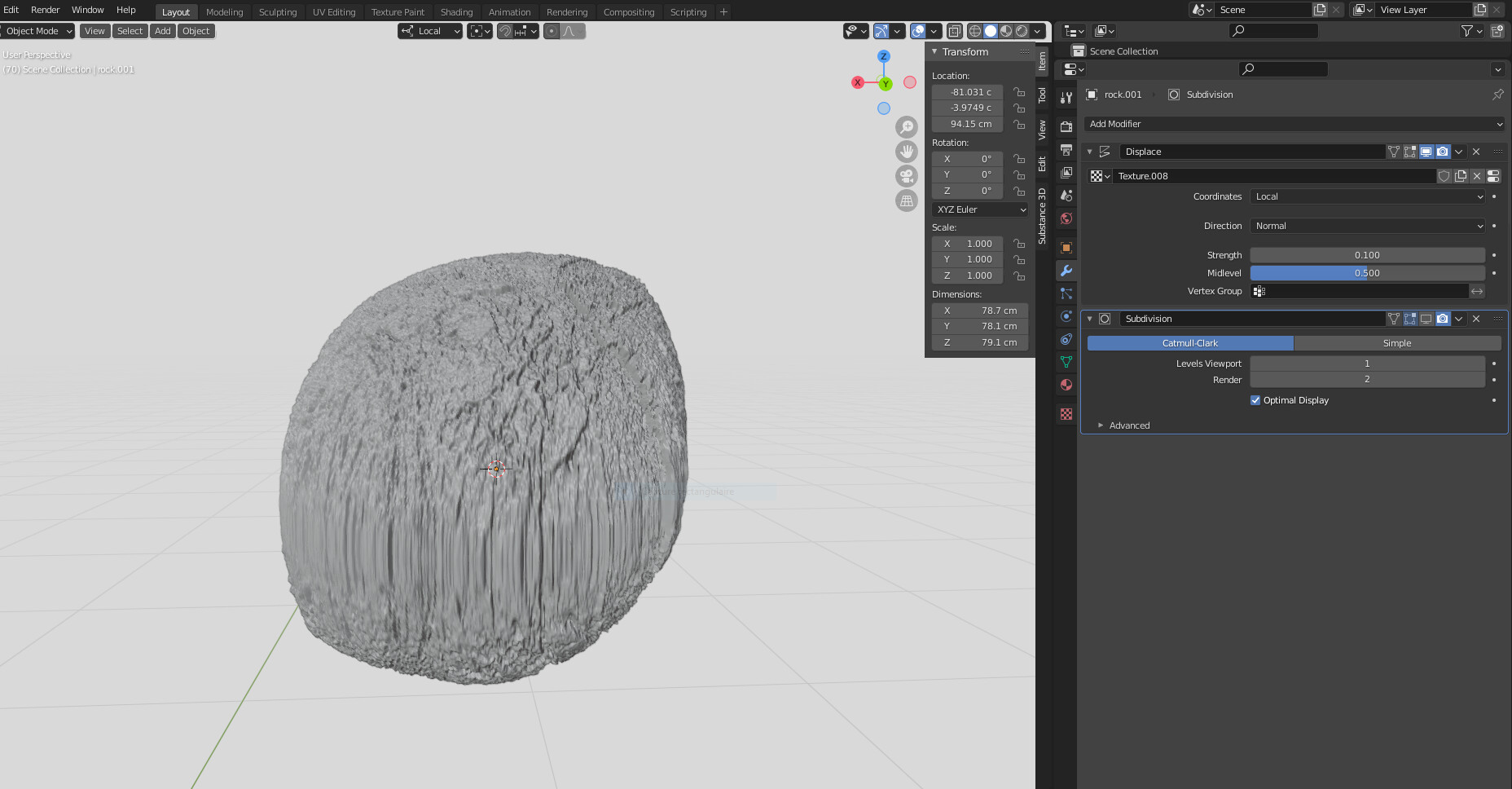 Well, I don’t think I have figured it out yet but I think that subdivision surface modifier should be above the displace modifier.

Yes and even above same result

Has this object been UV unwrapped? I can see your using local coordinates but maybe UV’s would be better.

First of all, as @a59303 already said, the subdiv modifier should be above (this only increases the resolution but doesn’t solve the stretching).

@a59303 suggested UV-Unwrapping and then using the UV-Map. This will only solve the problem partly. Because you can’t perfectly unwrap a sphere, ther will always be a visible seam.

In fact I know that it will be a lot nicer with a procedural displacement shader, I have tried one time with a lot of hope and excitment to bake it but unfortunately the result was

(I certainly miss something somewhere)

The “modifiers Displace” with a UV : 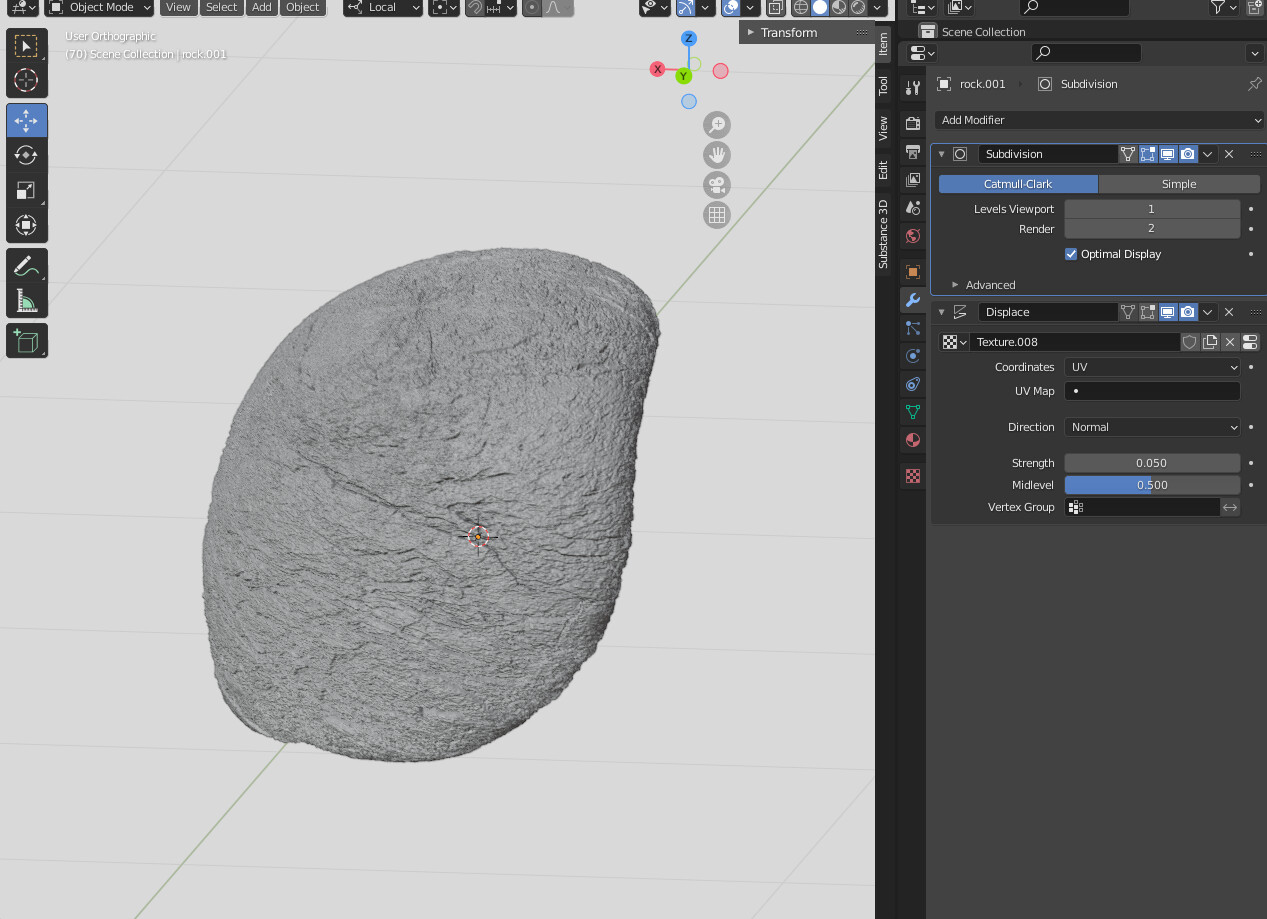