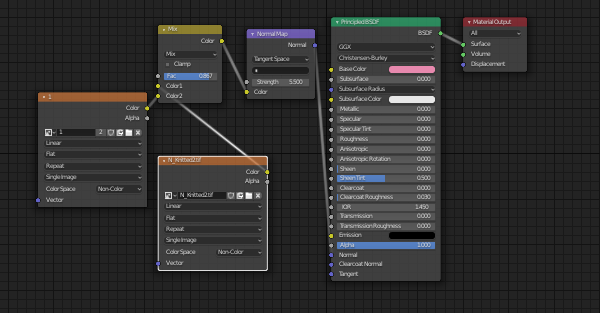 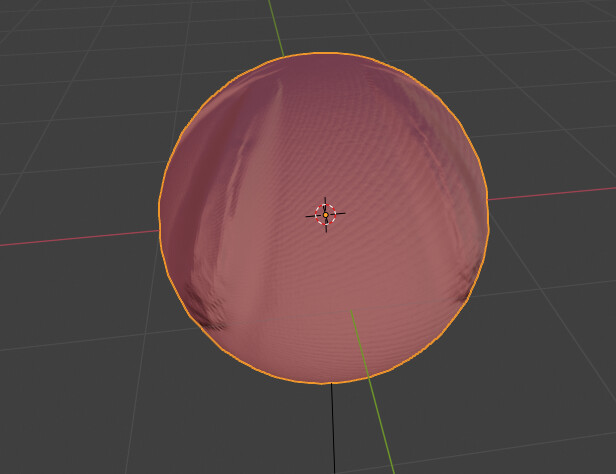 As you can see the details is quite clear. However, after I bake it the details will significantly reduce. 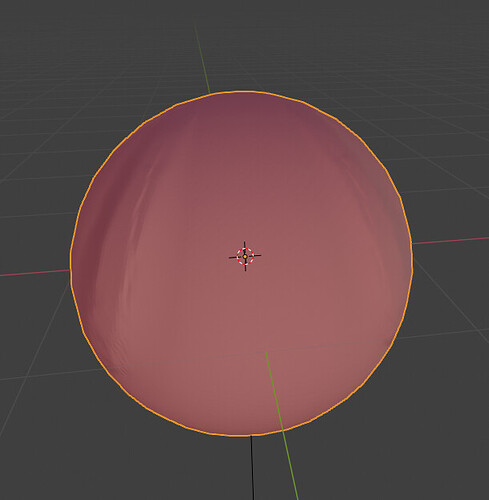 The method I used to bake the normal map, is using the node wrangle feature to preview the normal(it will preview in emit) and bake it as a emission map. I trying to find another method where I can retain much of the normal details as possible. Thank you in advance.

to combine two( or more) normal maps you’ll need to use separate material shaders for each then combine those with a Mix Shader(s). Then you can adjust the strength parameter of each normal map to control how strong its influence is. The basic set up for two maps would look like this: 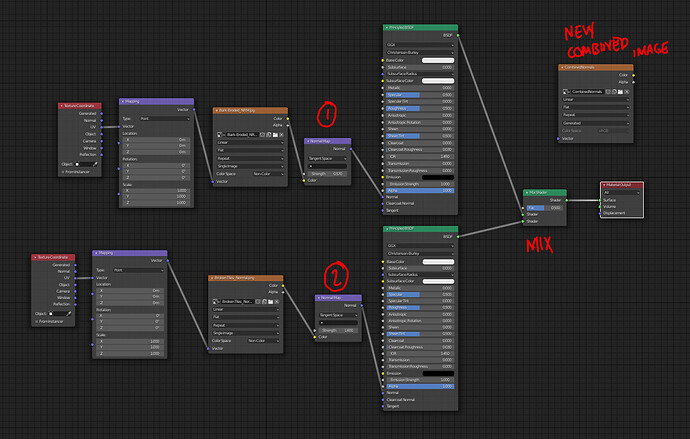 You can then simply render out the combined normal maps, as usual, into a new image texture.

The deal with mixing normals like that is, 1) you don’t end up with a normalized value, although that’s probably okay; 2) if you mix flat with bumpy, you get half as bumpy, when usually what people want is fully bumpy-- like they want to add the normal maps, rather than mix them.

My preferred method for combining normal maps is to first convert them to bump maps ( http://charles.hollemeersch.net/njob/ ) and then add the bumps. Part of that has to do with the technical limitations of normal maps which I won’t get into here, other than saying, it’s not quite right to use normal maps on meshes for which they weren’t designed, but bump maps are fine for that.

It would usually be preferable, and easier, to use Blender’s existing functionality to bake, rather than setting up an emission material. So long as you’re plugging something into material output/surface, you can bake an object’s normals.

@DamianJ My apologies for the late respond. I followed the method you provided, and it work great. Thank you so much.

@bandages Thank you for the advice, However.the reason I’m currently learning this, is because of the requirement of an upcoming task, which stated it needed normal over bump. However, you got me interested in looking into more on bump as I seldom use them myself. Other then that, I actually didnt know I could directly bake it(Normal and other), I always switch all of the texture to emission(I method I stated in the question) then only bake it. The more you know…

you might want to give this topic a read:

Baking Normals within other maps? Materials and Textures

Hi everyone! Lately I’ve been investigating a lot in the subject of maps baking and such for using the techniques in Luke’s Escape short film and also for an upcoming tutorial series. Here is the situation: I have high-poly mesh and a low-poly mesh. Even though most of the detail of the model is in the high-poly mesh, I still created some little details in a normal map that are not in the highpoly model. Now the question: If I want to bake my normal maps, is there a way in which I can bake …

which stated it needed normal over bump

The bump is an interim step, to combine normal maps and to take them out of tangent space for whatever mesh they were designed for (because so often, people are using normal maps built for a plane on arbitrary UV.) You can still bake to a normal map for the needs of your client.

Normal Maps can not combine with Mix Node. You can use VSHADE’s “Normal Map Merge” or “Normal Combine” nodes.