How to Bake odd texture?

Any advice about how to bake this texture?
When i do it in the conventual way i get the second image below.
I am a bit of a novice when it comes to baking. It seems to ignore the wave and noise texture nodes.

here is the node set up and the ideal final image on the right of the nodes. 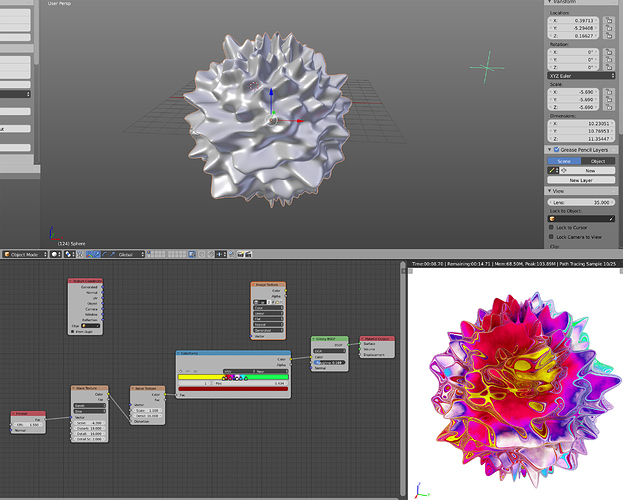 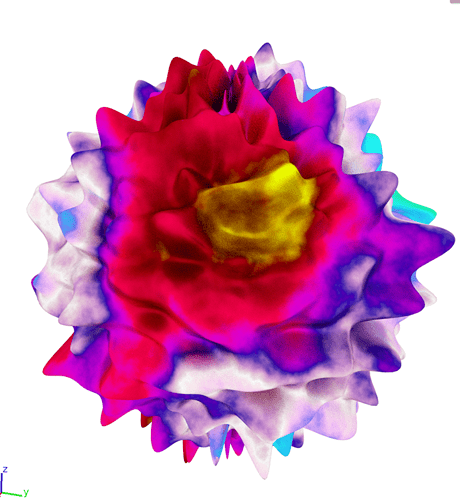 What’s your bake resolution? Is there a change if you increase it by a few times?

did you have the bake type set to GLOSS - because the elaborate swirls in your render are actually reflections - you’re using a gloss shader.

I tried a higher res and got the same results.
Also selecting the bake type to gloss created the same effect as the one i tried first so no change.

I’ve never baked gloss, and I didn’t click on the image so I didn’t notice. How does it look when you feed the image into the gloss shader? I suspect that’s how it’s supposed to work - bake the image instead of relying on potentially complex node setups, but it doesn’t bake the “effect of gloss” which is view dependent anyway which I believe can’t be baked. I could be wrong though, I rarely bake at all.

Here’s my take on the result - a weird christmas bauble - I baked the Glossy pass ( you could also use the Combined) and then assigned the result to a 100% emmisive material so that the HDR that is reflected in the ‘true’ object ( on the left ) doesn’t affect the result of the bake. As you can see, although the bake does contain reflected shapes of itself and the environment ( clouds ) the ‘true’ object has additional ‘real’ reflections that are entirely driven by the view the camera is seeing it from.

Obviously, if the emmisive material was made a glossy material it too would show additional reflective properties, but they would then be in ADDITION to what is already in the bake, which would be really, odd. 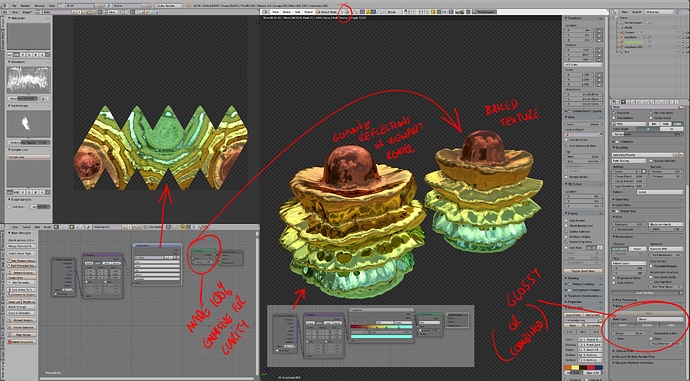 Thank helps I think its the Fresnel node on the left at the beginning of the set up that breaks the baking in some way. When I take the Fresnal off it bakes ‘correctly’ but not how I want it to look.

I have no idea if there is a way of getting this to work the way I want it.
Maybe an extra node or two I could add that I don’t know about?

The fresnel depends on the angles related to the camera and the shapes of the object respect to the camera. The camera for baking is ortographic, and the shapes when baking (the UVs) are totally flattened. So it cannot be baked into a texture, it’s an effect that can only be produced in the material.

Anyway I don’t know which is the purpose of baking everything, you could just put later the fresnel in the material and mix it then with the rest baked.

Or you could, instead of using the fresnel, use the geometry node taking inputs that don’t depend on the camera angle, but with similar effect, for example normal, tangent, true normal, etc. Those you could bake them.

That gets it working for me. I added a math cosine node that seemed to help a bit mot with the control.

Looks pretty much the same. 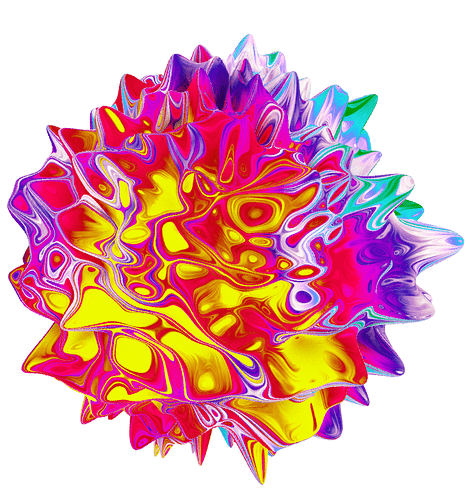